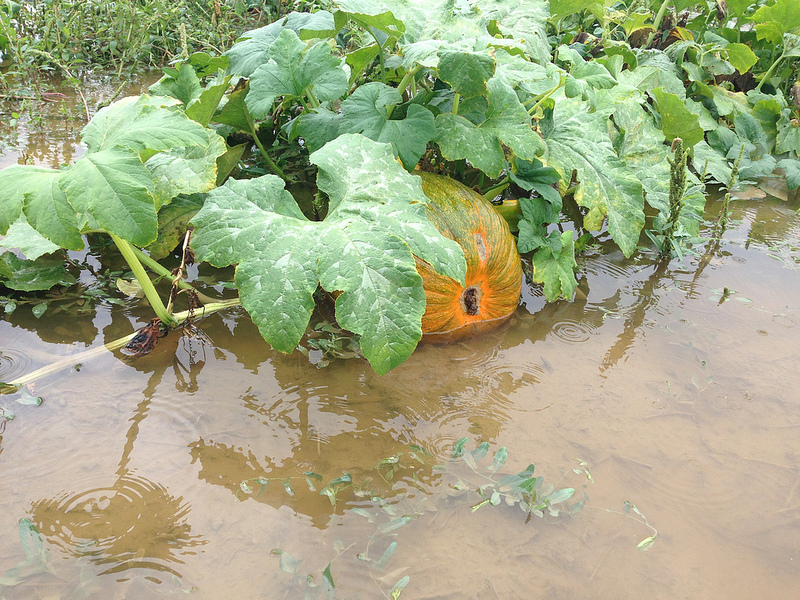 (Photo: Courtesy of Amy Tisdale)State agriculture officials say they're still tallying up the damage, but farmers like Gene Kammerzell already know that they will feel the effects of the flooding for some time.

The deluge started in the foothills, then inundated fields in communities like Milliken, in Weld County, where Kammerzell and his wife, Janet, own a tree farm called Arborland Nursery. Kammerzell tells CPR's Ryan Warner that his trees are in standing water and some of his cattle drowned. But his biggest loss might be his pet mule, Jake.

In Boulder County, where the storms hit hardest, irrigation systems are severely broken. Adrian Card, with the Colorado State University Extension in Longmont, says the repairs will be costly. But he says if the systems aren't fixed, the problems could ruin the 2014 season for some farmers.