As part of our series on aging and longevity, we're profiling Coloradans who offer insights about how they keep healthy and vital as they advance in years. This week, we profile two men who are keeping history alive. Both are in their 90s. Colorado Matters host Ryan Warner asked them how history keeps them passionate about life.

At 93, Fredric Arnold of Longmont was awarded a Distinguished Flying Cross and an Air Medal for his service as a fighter pilot during World War II.  Of his original class of 14 pilots just he and another, Jim Hagenback, survived the war. The two long wanted to do something to remember their fallen battle buddies, and after Hagenback's passing, Arnold was left to carry the torch. As an artist, Arnold turned to sculpture. "Lest We Forget" is a life-sized tribute to the 12 pilots. And the piece is dedicated to the memory of all 88,000 U.S. aviators who gave their lives during WWII. After the work is bronzed, it will have a home at the National World War II Museum in New Orleans, Arnold says. To hear the interview, click on the link above.

Joe Sullivan on the last battle of the American Indian Wars 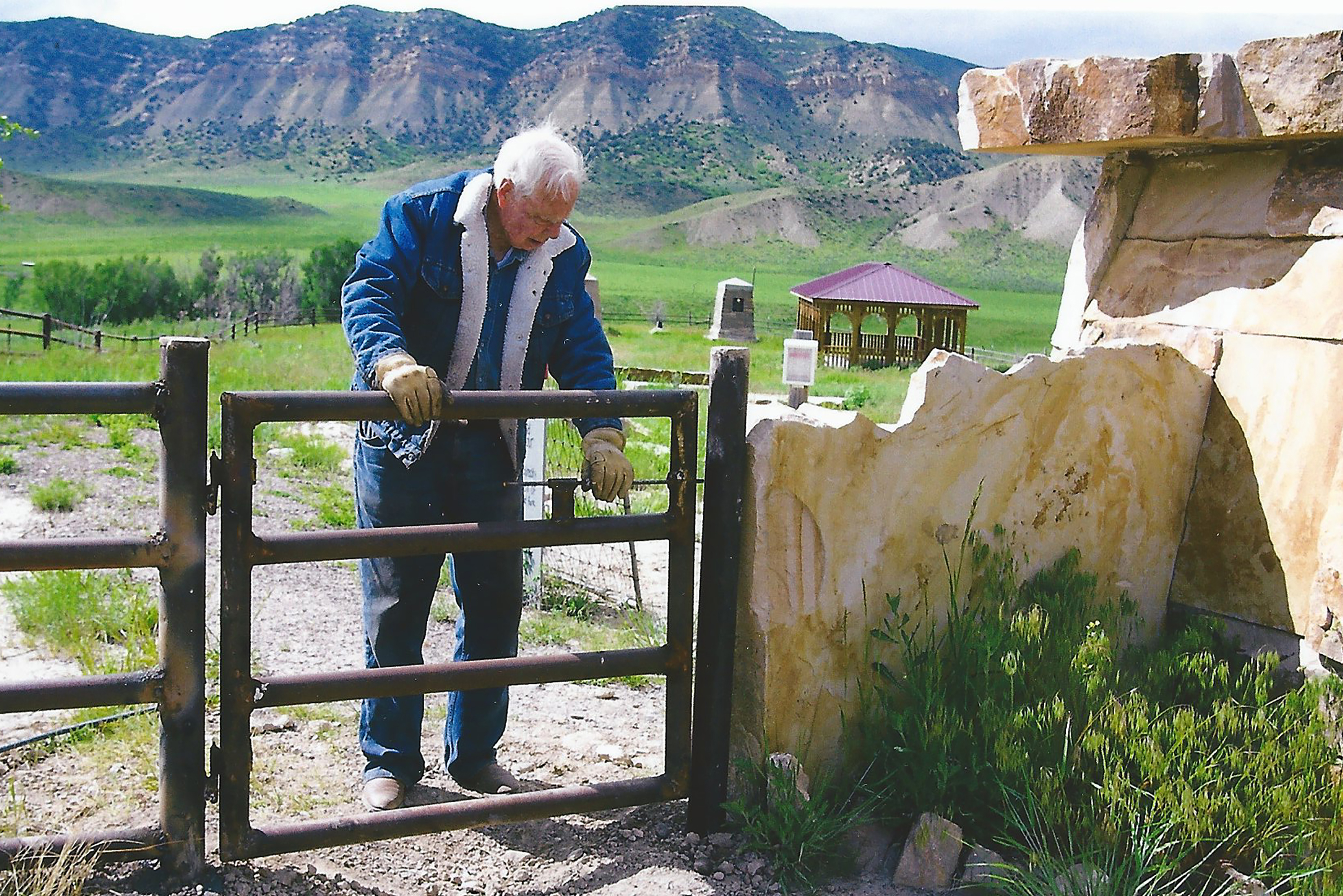 At 95, Joe Sullivan of Meeker is passionate about local history. About 18 miles outside the northwest Colorado town, the last battle of the American Indian Wars took place in 1879: the Battle of Milk Creek. Sullivan is on the board board of Rio Blanco County's Historical Society. Since 1991, he's helped build two memorials on the battlefield, which are nearly completed. "Hopefully, as we grow older and more informed, we can  come to the point that we can work intelligently to prevent war," Sullivan says.

The site gives equal attention to U.S. and Ute combatants, aiming to give a "real understanding of what happened" for generations to come.

Sullivan's work at the site has been hands-on -- he was recently welding fence there with a little help. At his age, does he get tired? "Well, sure, you get tired," he says. "But also, I think when you enjoy something that you maintain more interest and energy for the project."

Who Else Should We Talk To? Public Insight Network