A lot of qualities of marijuana have made testing for the drug in impaired drivers harder than detecting alcohol.

Namely, how long THC stays in the system, and how daily smokers can build up not only a tolerance, but a prolonged blood level of THC even if they don't feel the psychoactive effects.

A new study from the University of Colorado Anschutz Medical Campus aims to identify how cannabis use affects different kinds of users in unique ways.

Anschutz medical toxicologist Dr. Michael Kosnett and his colleague Ashley Brooks-Russell, PhD will test 90 people — those who use cannabis everyday, those who do so one or twice a week, and those who don't use — at a small brick house in Aurora. Since subjects imbibe on-site for the experiment, testing off-campus was essential. 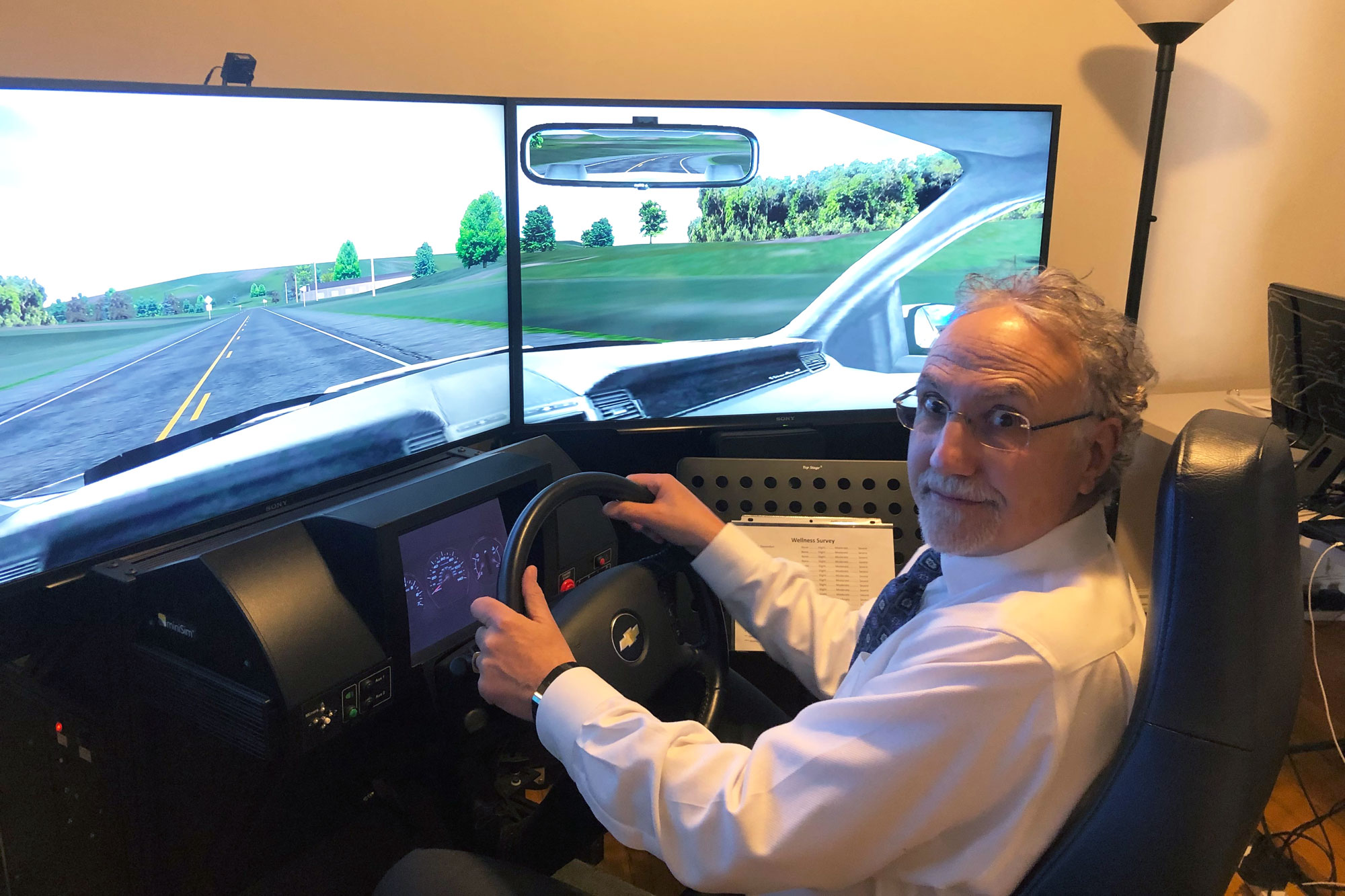 Subjects will hop on a driving simulator sober first, before taking 15 minutes to either smoke or just wait before going a second round. Both times the driving simulator will offer challenges, such as erratic traffic, and also technological distractions via an iPad with questions subjects have to answer while on the digital road.

"It’s hard to predict when a person’s in there what’s going to happen. But it does not only measure the routine aspects of driving, but it measures people's responses to unexpected events," Kosnett said.

Previous research has found drivers under the influence of marijuana have a harder time staying in the center of the lane and tend to go under the speed limit.

There are other before and after tests subjects take. One is an eye test that tracks a person's pupil size and reaction time to light as they follow a green dot around a screen.

Kosnett hopes that this technology could one day become portable in the form of goggles, and become the marijuana-impaired driver's version of a breathalyzer. The goggles would also fit in with standard, classic procedure in roadside tests.

"Most people are probably familiar with the fact that part of a roadside test that police often do when they engage someone in a standard field sobriety test is to shine a light in their eyes, and also ask the individual to follow the policeman’s finger as it goes back and forward," Kosnett said.

More information about the study can be found here.