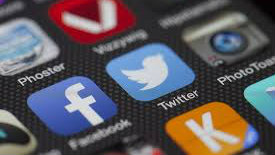 (Photo: Courtesy of LoboStudioHamburg)Twitter recently announced it’s buying a Boulder company called Gnip, or as Twitter described it, welcoming Gnip into its flock.

The two companies haven’t said how much Twitter is paying. But it’s probably a big sum, since Gnip is supposed to help Twitter finally make consistent money off of the millions of tweets that fly through the service every day.

Gnip is a leader in the new field of social data: companies that sort through the torrent of thoughts, photos and links, turning them into information that advertisers want to get their hands on. Twitter has worked with Gnip for several years, but will now have Gnip's data analysis specialists under its wing.

"One of its most valuable assets is all of our data," Dreyfuss says. "That gives valuable information that advertisers will pay handsomely for. Until now, Gnip has had access to that data from Twitter, and was packaging it and selling it to Fortune 500 companies."

Dreyfuss explains that Twitter's purchase of Gnip cuts out the "middleman so that they can get all of that money for themselves."

A spokesperson from Twitter says, "Gnip's team will remain in Boulder and serve as the foundation for the first Twitter office in Colorado." The spokesperson declined to give any more details about the company’s plans here.