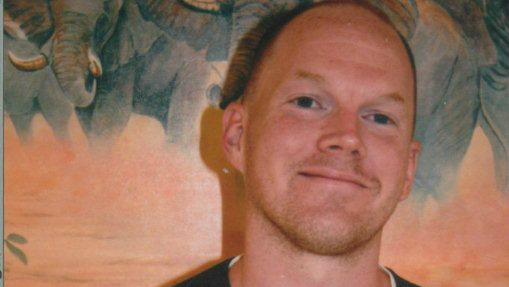 (Photo: Courtesy of Curt Jensen)Nearly two years after the Supreme Court ruled that mandatory sentences of life without parole for juveniles are unconstitutional, some inmates in Colorado remain in legal limbo.

There are about 50 prisoners in the state serving life sentences for crimes they committed when they were juveniles, and all of them have petitioned the courts to reconsider their sentences. Three of the cases are expected to be heard early this summer in the Colorado Supreme Court.

In June 2012 the U.S. Supreme Court ruled in Miller v. Alabama that life sentences for juveniles amount to cruel and unusual punishment. In their decision, the justices pointed to the fact that children’s minds aren’t fully developed, and therefore should be treated differently from adults.

But two years later, there’s a lot of frustration and anxiety among this group of inmates, many of whom thought they’d be eligible for parole shortly after the Miller decision according to Curt Jensen. Jensen started the Pendulum Foundation, which advocates for juvenile offenders serving life without parole.

Curt Jensen’s son Erik was 17 when the younger Jensen was sentenced to life without parole for taking part in a murder.

Curt Jensen says his son will soon turn 34, marking a critical turning point in his life: “He’ll have been in prison longer than he was old at the time [he entered prison]," Jensen says. “So he’ll have served more time inside than outside.”

Erik Jensen was sentenced to life for helping his best friend Nathan Ybanez kill Ybanez’s mother and helping him cover up the crime, though there’s been debate since the crime about whether or not Jensen was involved in the actual killing. Jensen’s case is one of the three that will be heard by the Colorado Supreme Court.

As Jensen and others in Colorado wait for the courts to take action on their cases, some people worry that the Miller decision could mean some dangerous inmates get reduced sentences.

Mesa County District Attorney Pete Hautzinger prosecuted the case of Verle Mangum, who was 17 when he was sentenced to life for the 1996 murder an 11-year-old girl and her mother. Hautzinger continues to believe that Mangum should spend his life in prison without the possibility of parole and says when he thinks of the Miller ruling, he worries about the victims' families.

“That is just profoundly unfair to people who’ve lost someone to a violent crime,” Hautzinger says, adding that he hopes to testify if and when Mangum’s case goes to court for a resentencing hearing.

In 2006 Colorado changed its laws so that juveniles could no longer be sentenced to life without parole, but inmates like Jensen and Mangum were sentenced during a narrow window when such life sentences were permitted. The question in states like Colorado is whether the Miller decision is retroactive and applies to inmates that were sentenced before the ruling.

Already some state supreme courts have weighed in on the retroactivity question, according to Emily Keller of the Juvenile Law Center in Philadelphia.

"Of the states [that] have considered the issue and [where] it’s gone to that state’s highest court, more have found that Miller is retroactive than not," Keller says. "But really we’re seeing that courts are divided and coming out in different ways. "

In Colorado, the Supreme Court could rule on these cases as early as this fall.