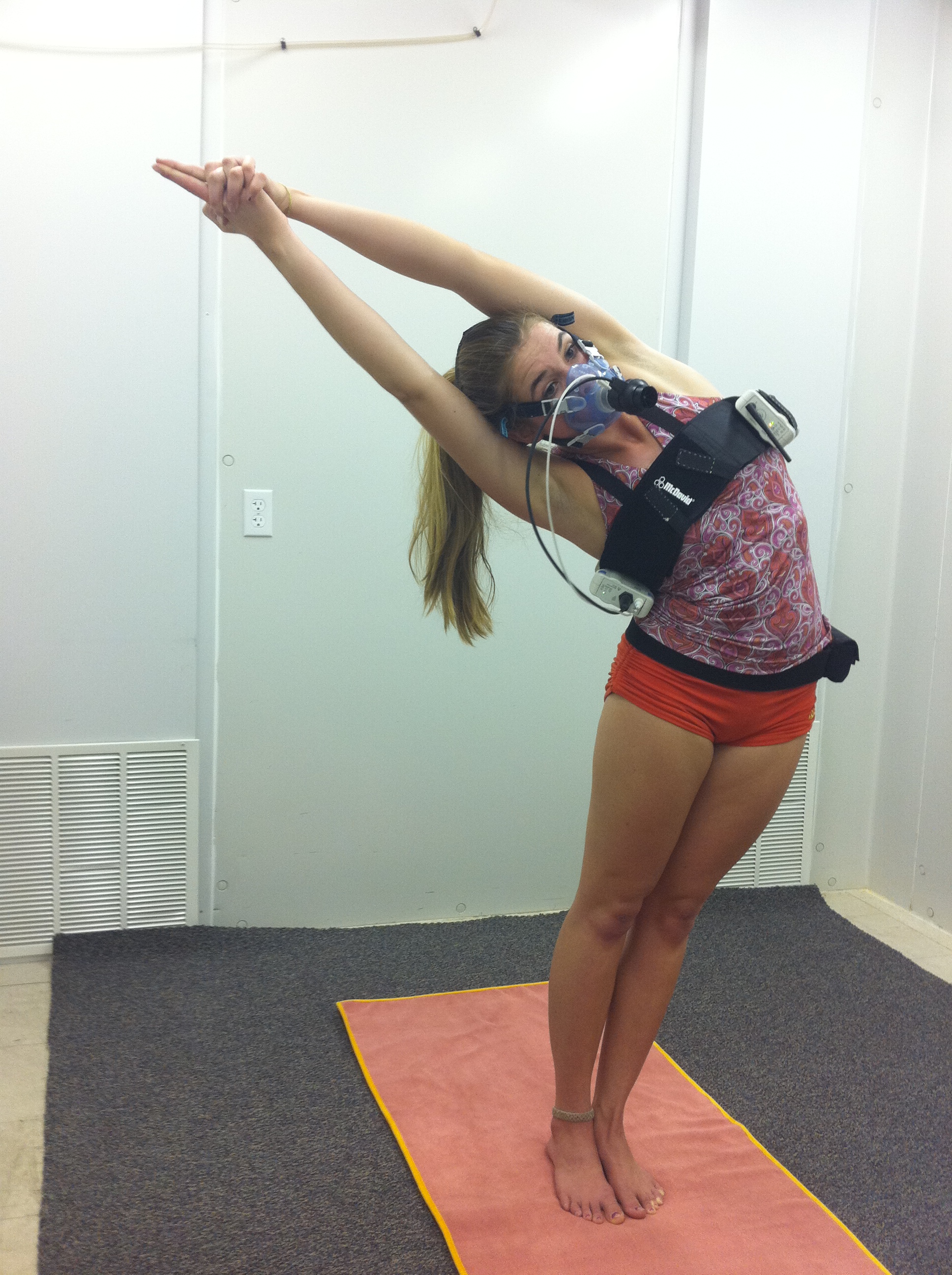 (Photo: Courtesy Colorado State University)Supporters of Bikram yoga, also known as “hot” yoga, often gush about the benefits of their practice. Now one Colorado researcher is trying to determine whether those benefits are more imagined than real.

Brian Tracy, a professor with the Department of Health and Exercise Science at Colorado State University, found that there are clear benefits to Bikram, the intense form of yoga that leaves its participants sweaty and glowing afterwards, but they're not always as great as practitioners claim.

Athletes reported burning as many as 1,000 calories during a single 90-minute Bikram yoga session, according to Tracy. Yet his study of the physiological responses of 11 female and eight male participants between the ages of 18 and 40 found far fewer calories were being burned.

Women burned 330 calories and men 460 per 90-minute session, according to his research. That’s roughly the equivalent of walking briskly at about 3.5 miles per hour for 90 minutes.

“We actually measured metabolic rate for the first time,” Tracy says. And while the results might be discouraging to regular practitioners, Tracy adds, “This number of calories burned can still contribute to weight loss with regular participation.”

Tracy says that lay practitioners have probably predicted their calories burned based on heart rate information, and they may have overestimated the number of calories burned because those heart rate calculations didn't account for the higher temperatures in the room.

Bikram yoga was started in the 1970s by Bikram Choudhury, a yoga master from India, in Los Angeles. It is a standardized practice that features 26 postures and specific breathing exercises in a room that’s heated to 105 degrees Fahrenheit with 40 percent humidity.

Tracy presented his findings to the American College of Sports Medicine’s national meeting in Orlando, Florida, this spring. Though his research was funded by Bikram’s Yoga College of India and PURE Action, Inc., a nonprofit yoga advocacy group, neither had control over the results of the study, he says.

Tracy led the first scientific study on the physiology of Bikram, in 2008, publishing in the Journal of Strength and Conditioning Research. He found that the practice improved muscle control, balance and strength in a test group that had never before tried Bikram.