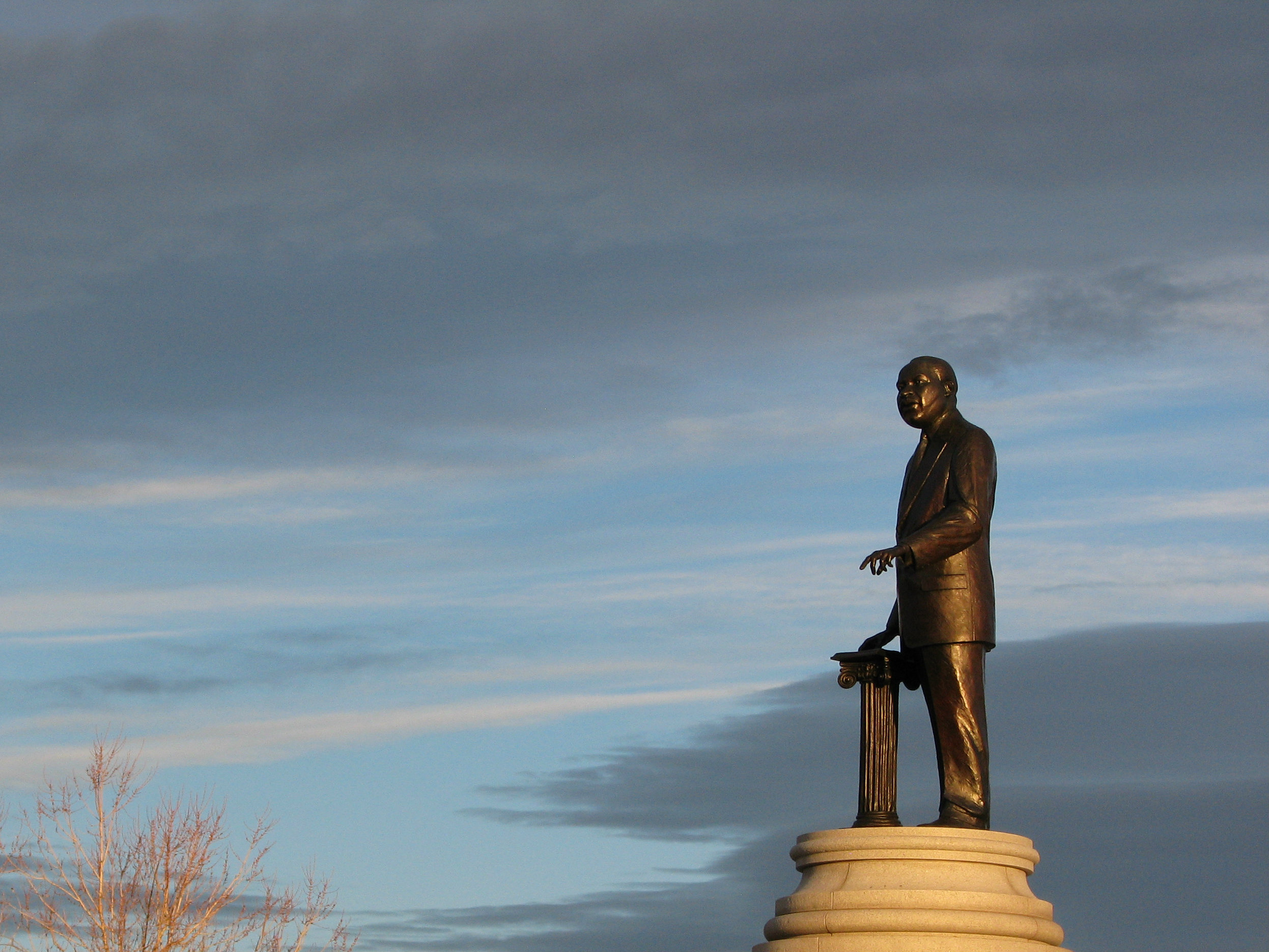 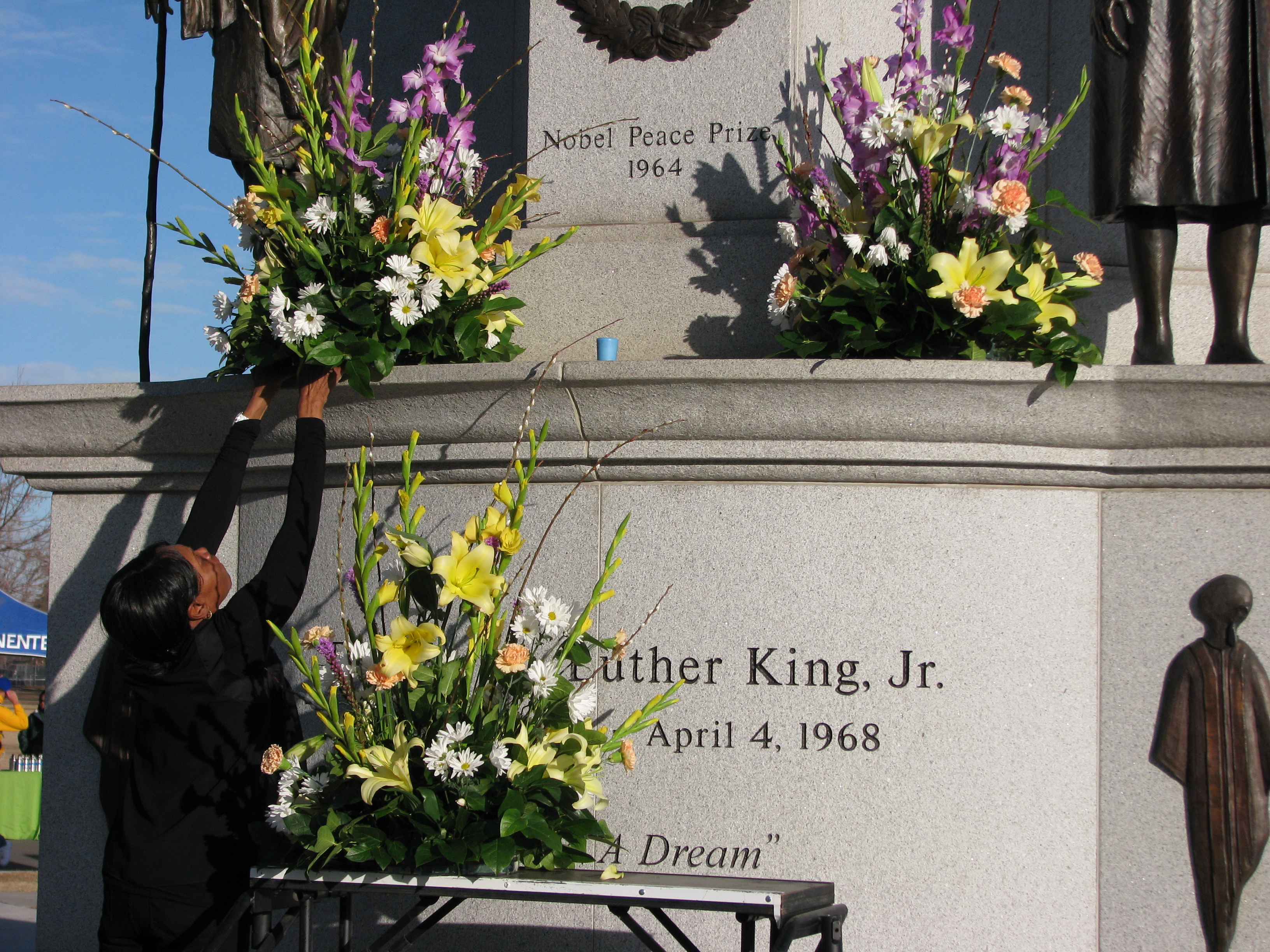 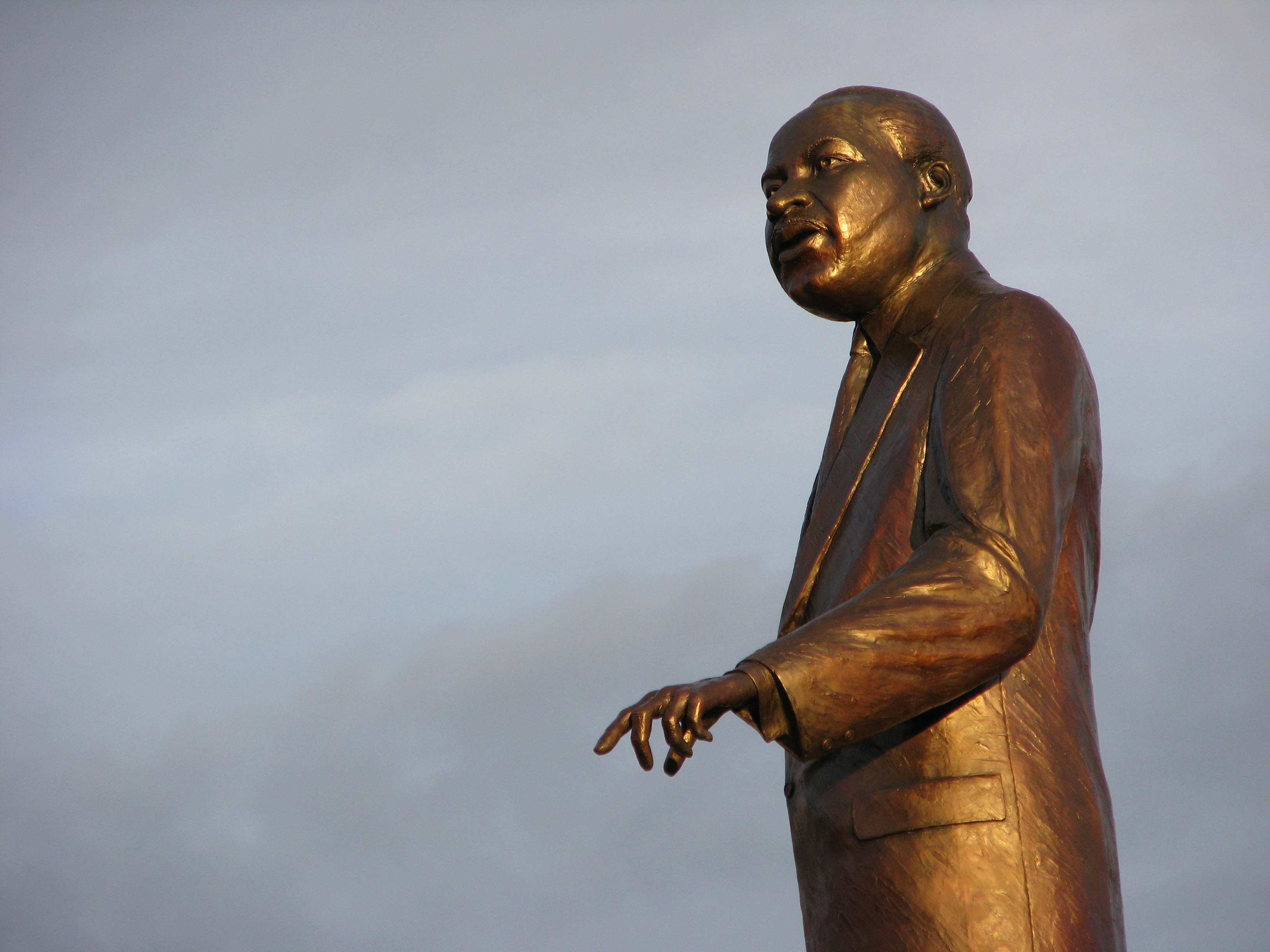 Photo: CPR/Mike Lampu0026lt;pu0026gt;The Monument to the Reverend Dr. Martin Luther King, Jr., as the sun rose on January 20, 2014, shortly before the annual ceremony commemorating his life and work.u0026lt;/pu0026gt;rn 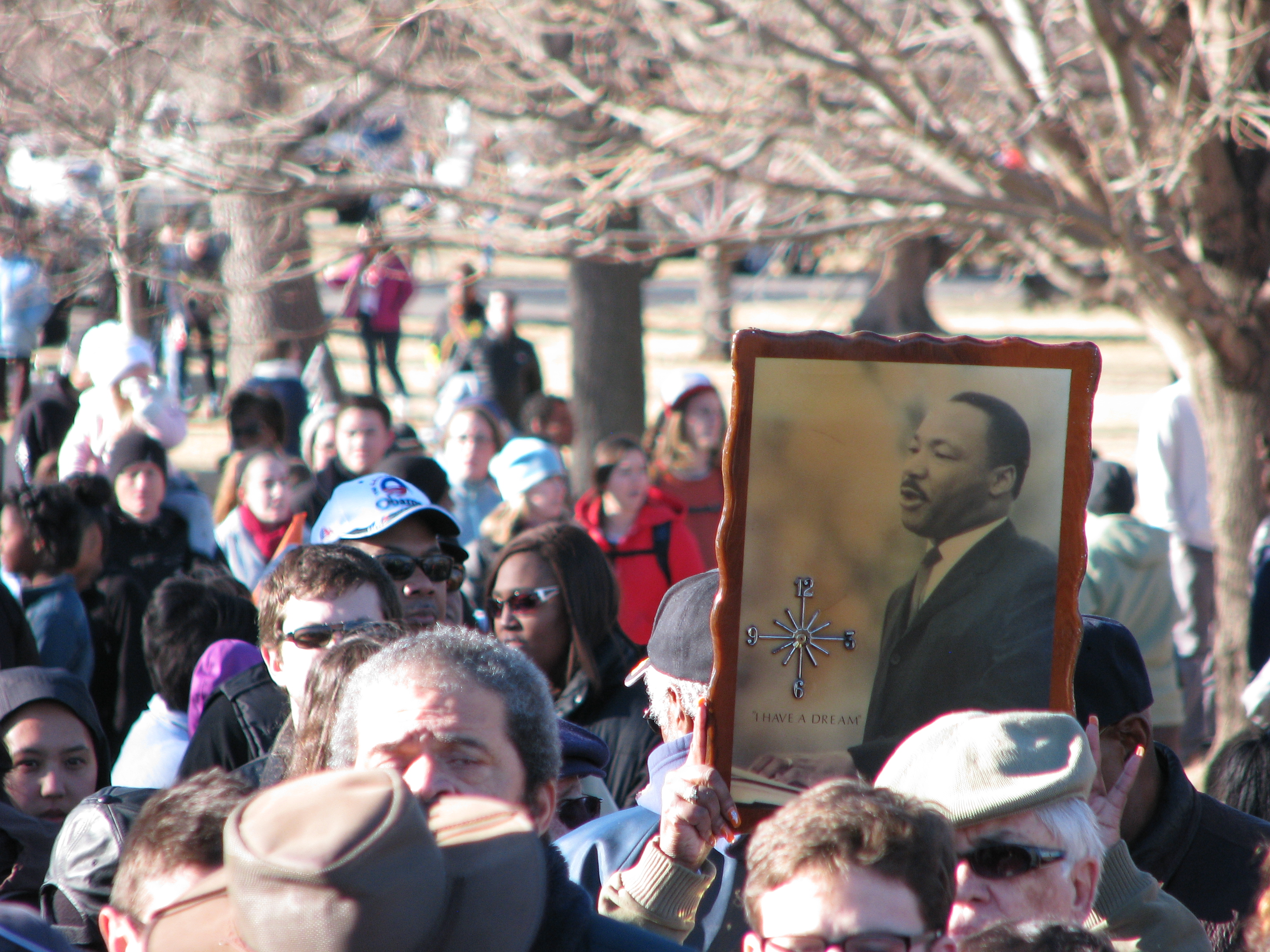 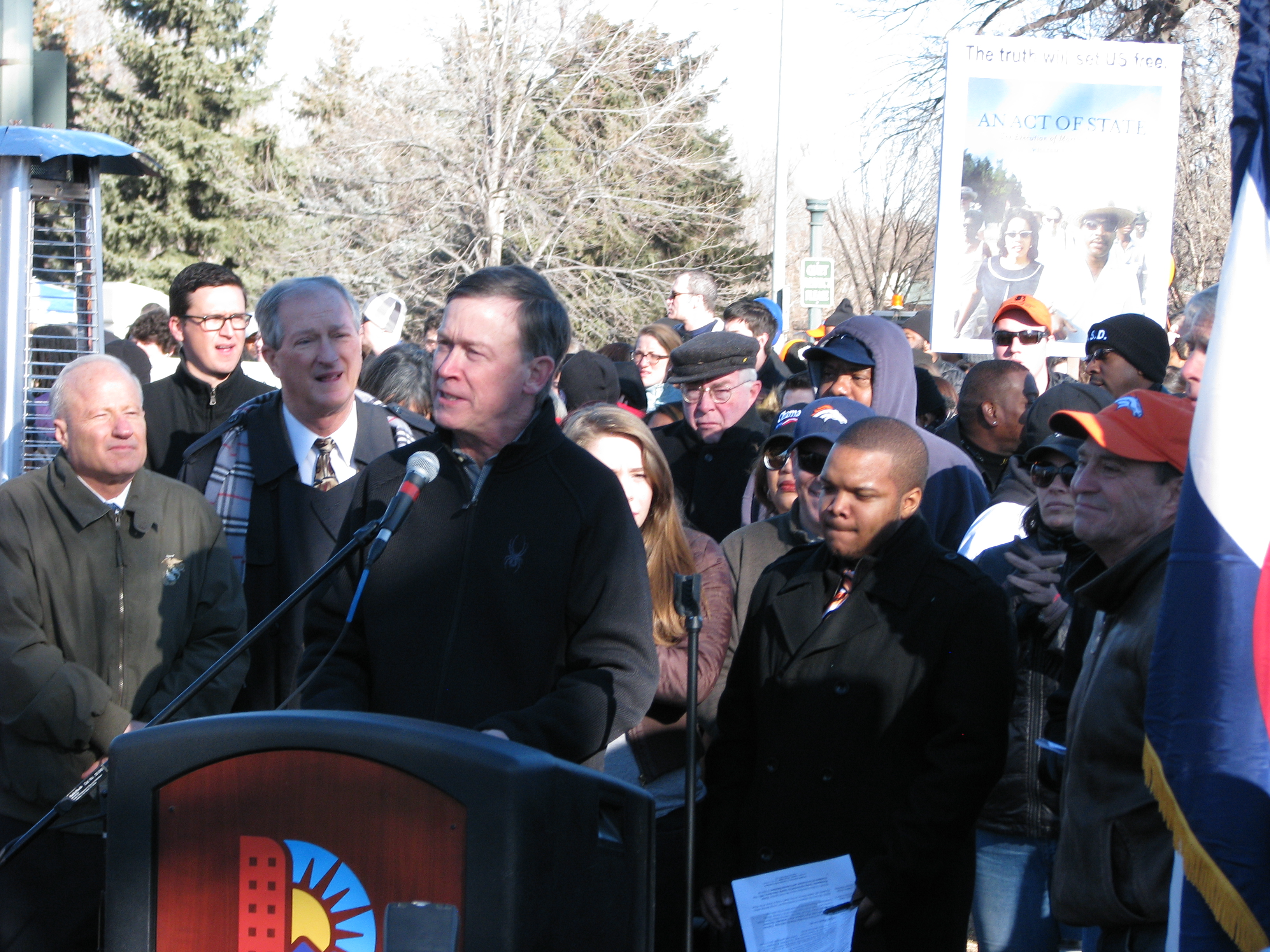 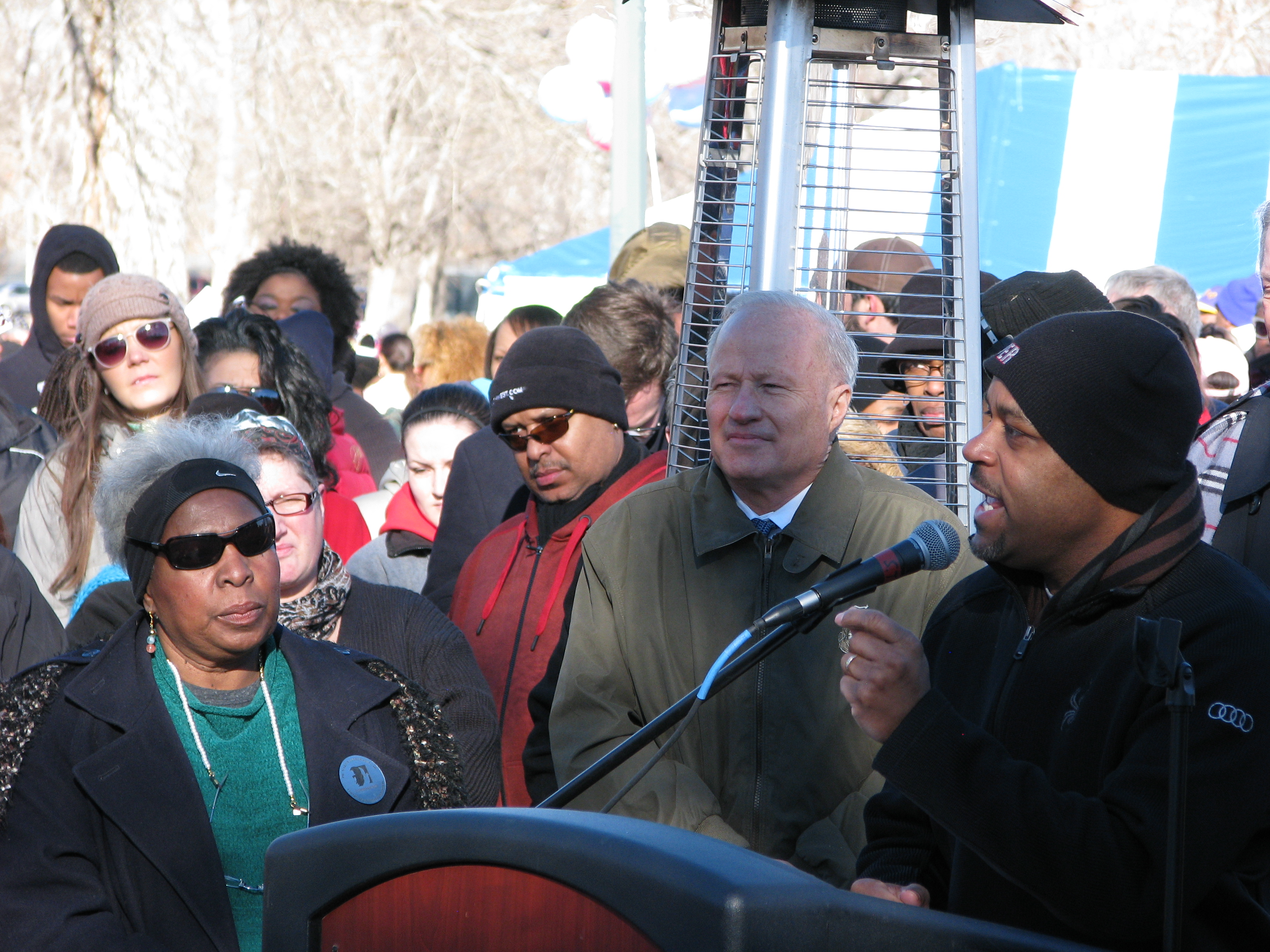 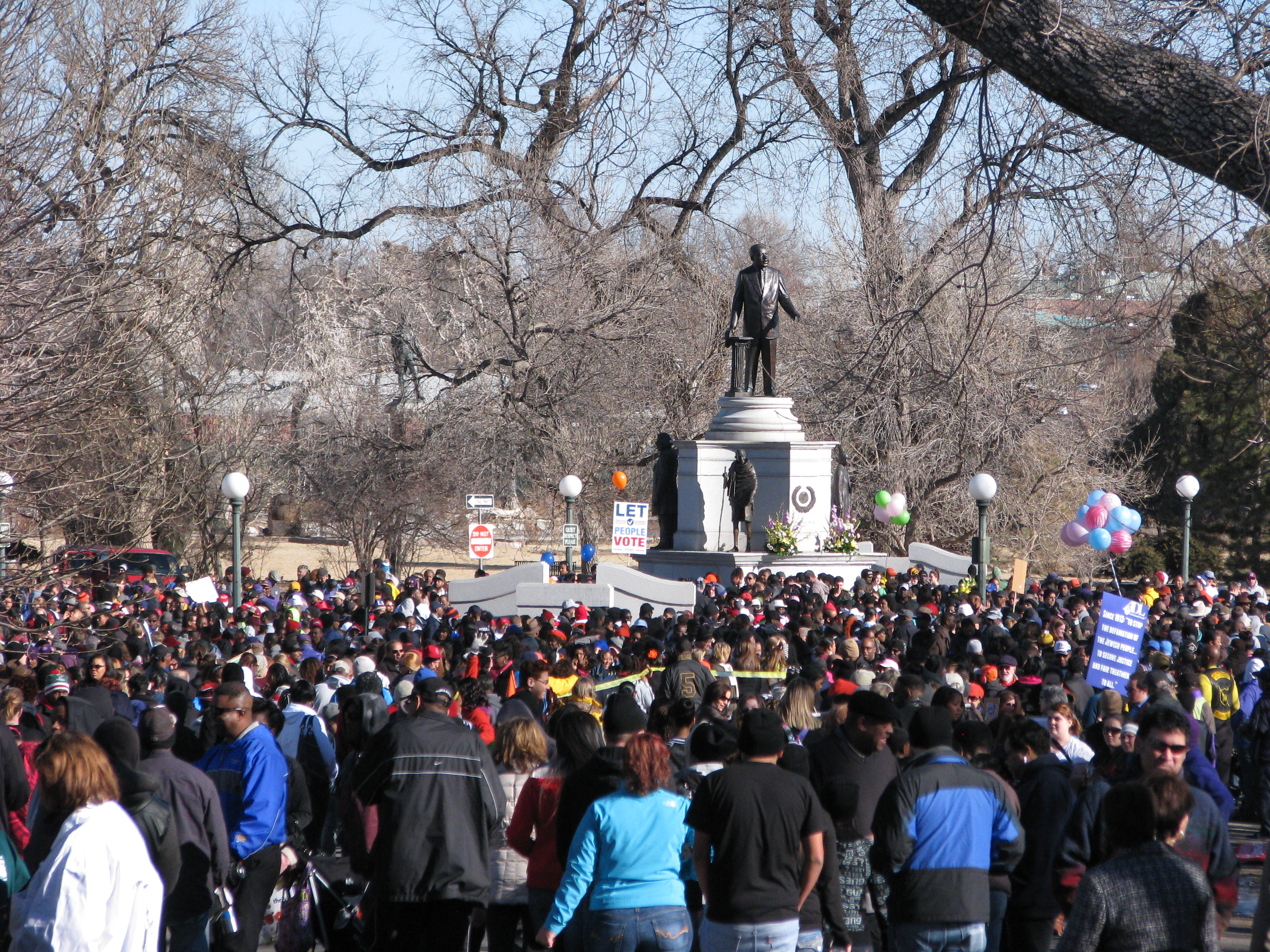 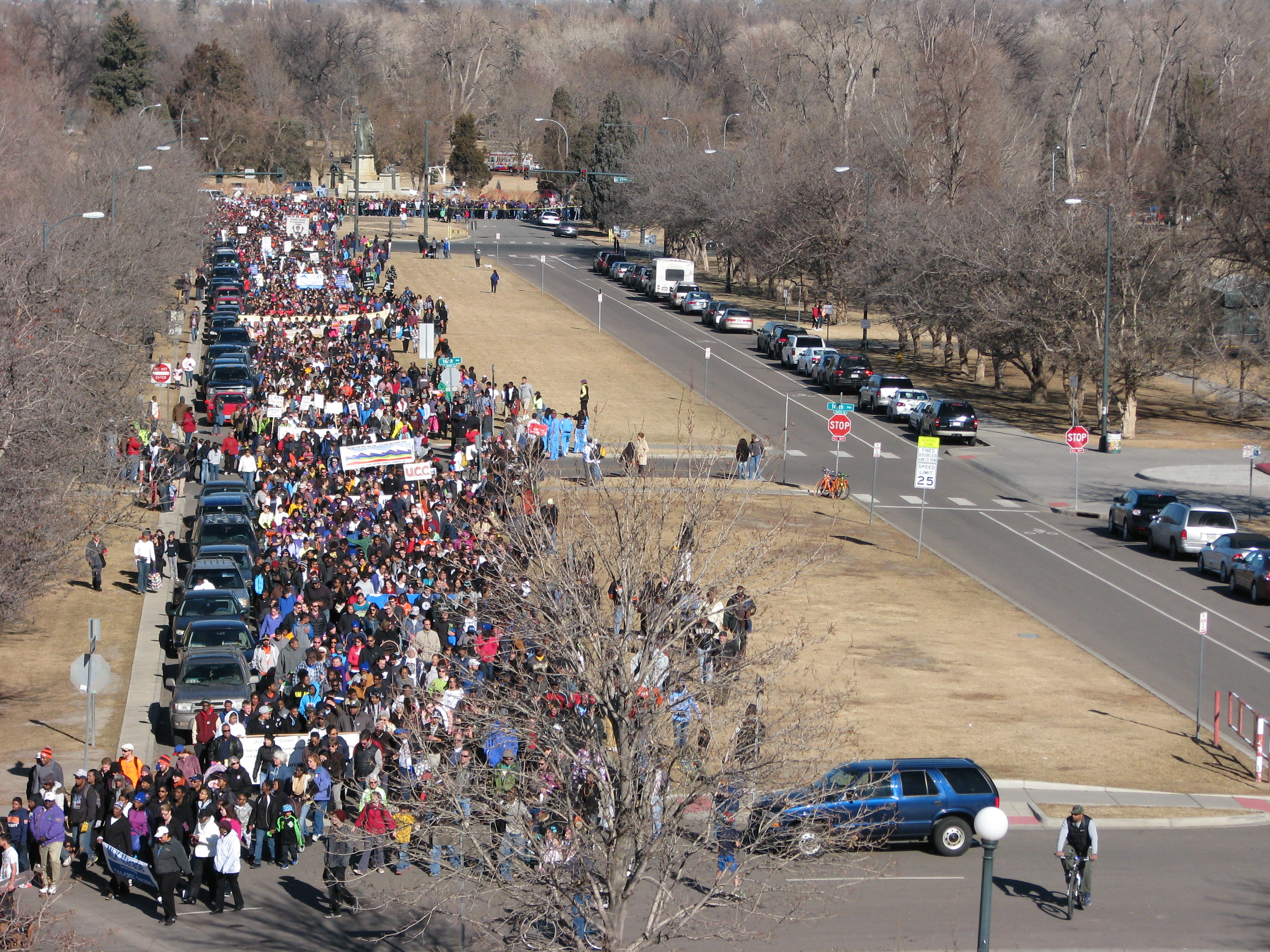 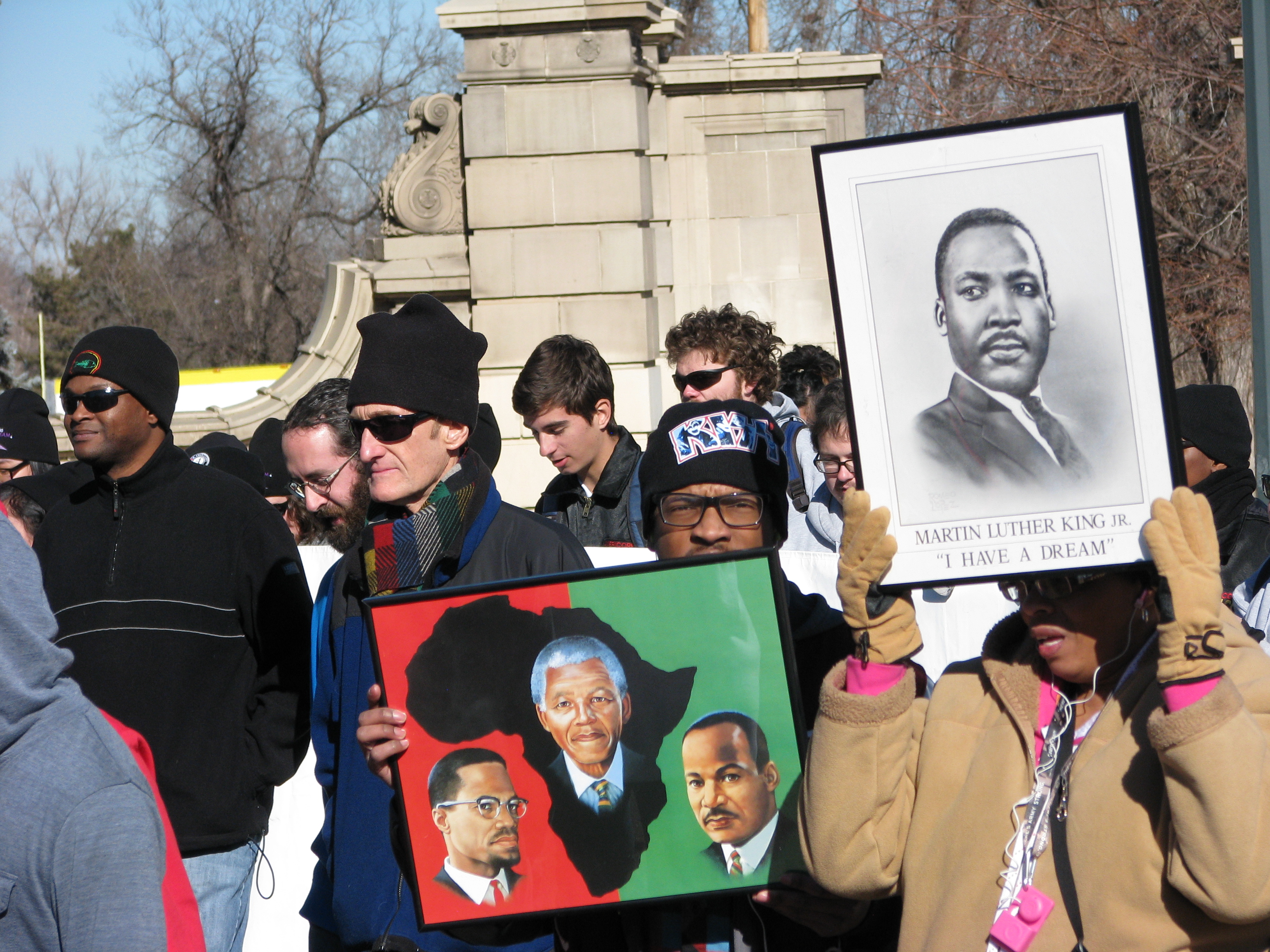 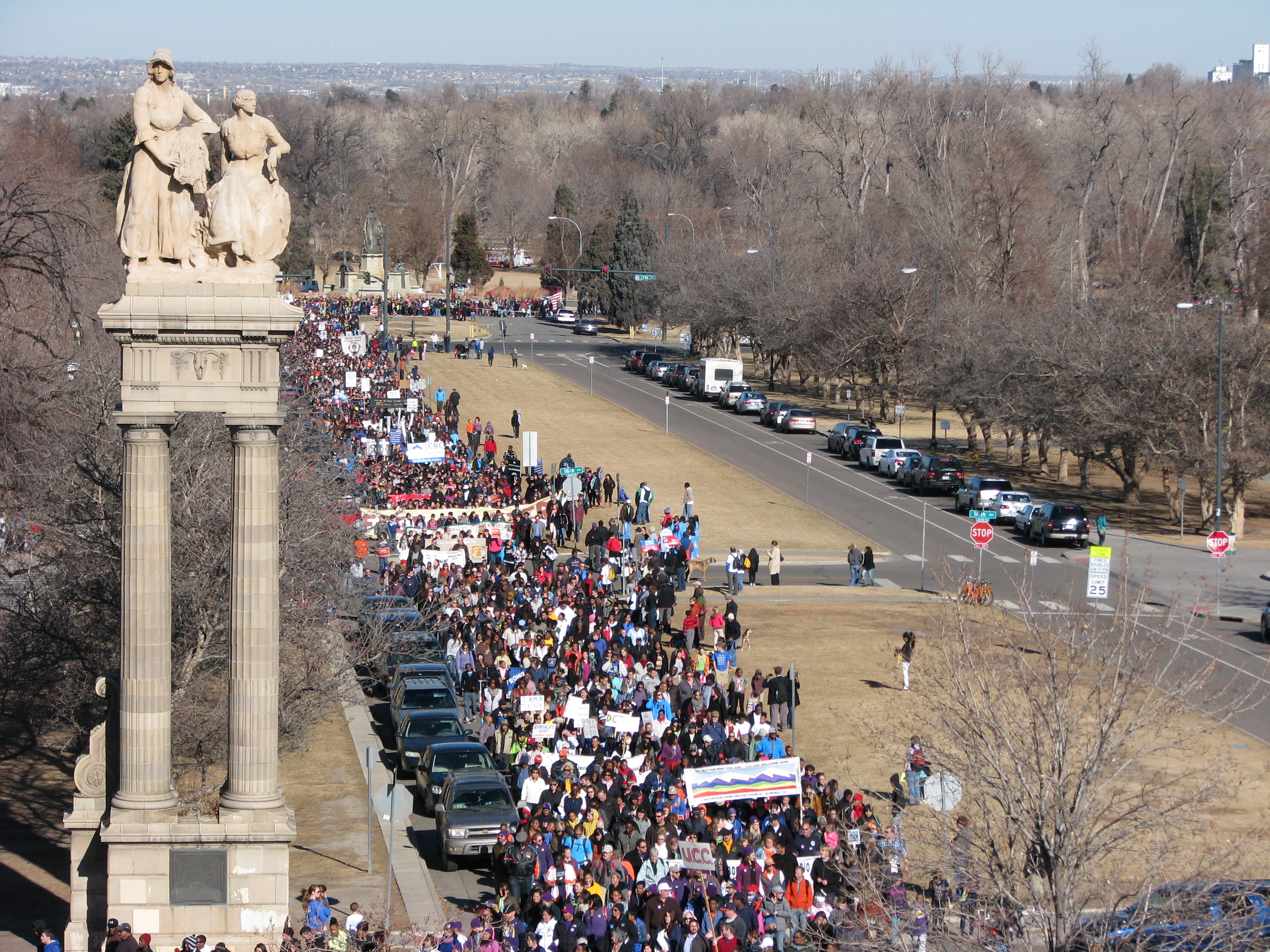 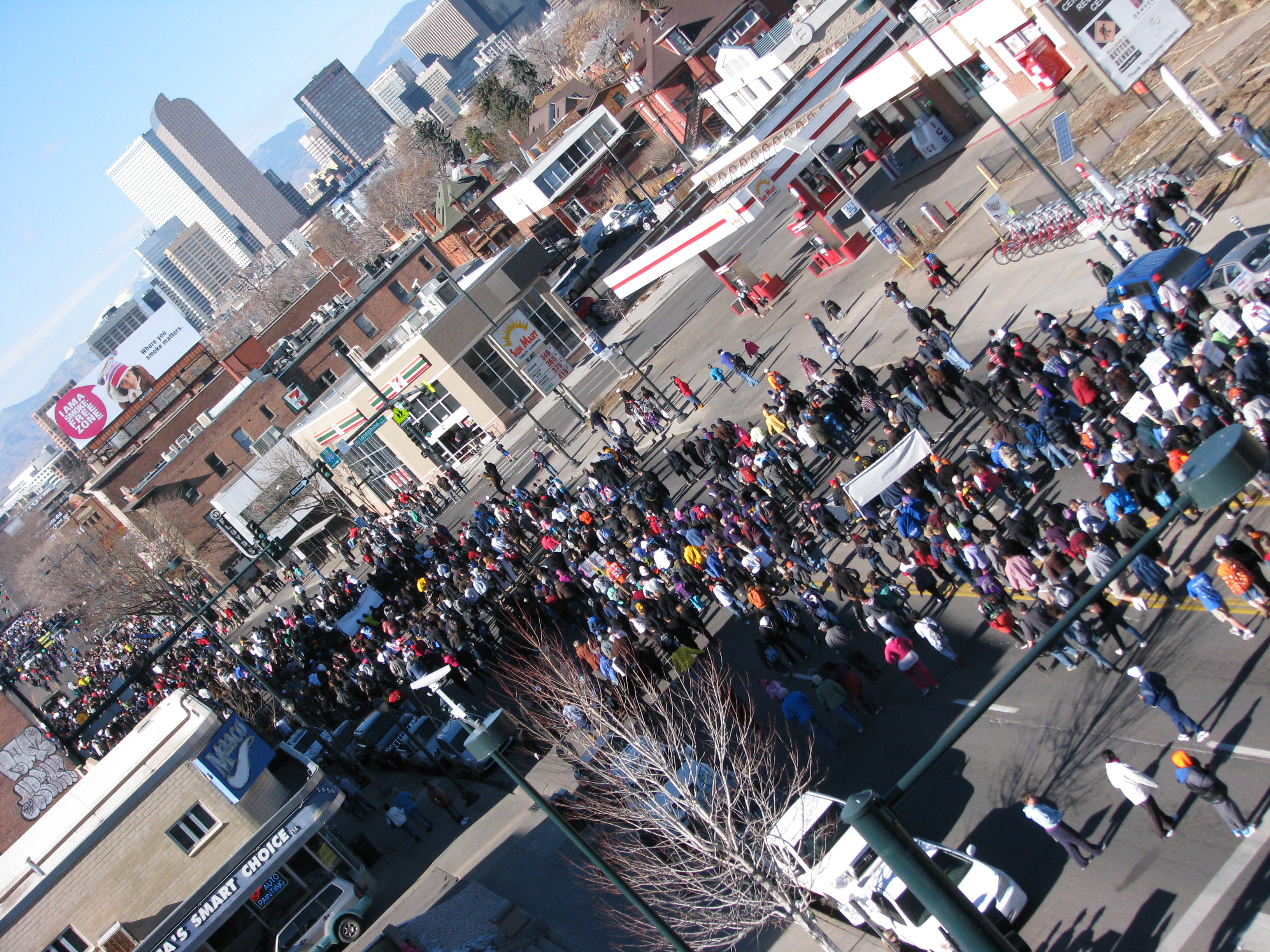 Thousands of people gathered at City Park for music, prayers and speeches, before walking to Civic Center near the State Capitol.

Along with remembering King, many were celebrating the Denver Bronco’s conference championship and trip to the Super Bowl.   Mayor Michael Hancock raised a cheer for the Broncos, and urged the crowd to stay active in the effort for civil rights.

“Unlike what we all did last night yesterday with 77 thousand people in the stadium, millions more at home watching the game, the civil rights movement was not a spectator sport,” Hancock said.

Others at the speakers’ podium included Governor John Hickenlooper, members of Colorado’s congressional delegation, and former Denver First Lady Wilma Webb.  As a member of the legislature, Webb pushed for a state holiday honoring King. The holiday became law 30 years ago, in 1984.

“When we first started out, we didn’t know what to expect on the first Martin Luther King official holiday,” Webb said. “We were just hoping and praying that people would come. And when we got down to Broadway and turned around, there were more than ten to 15 thousand people there.”

The crowd has grown in three decades.  Organizers this year were hoping attendance would top 60,000. Denver’s combined march and parade, called the “Marade” is now one of the largest MLK events in the nation.