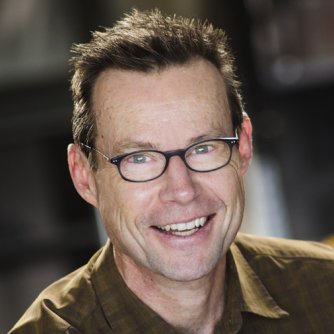 Mike Lamp is the morning host on CPR News, delivering newscasts and weather updates from 6 a.m. to 1 p.m. He also produces interviews heard on “Morning Edition” and “All Things Considered.”

Professional background:
Mike came to Colorado Public Radio in May 2000. He is the morning host of CPR’s news service, delivering newscasts and weather updates from 6 a.m. to 1 p.m. He also produces interviews heard on “Morning Edition” and “All Things Considered.” Before joining Colorado Public Radio, Mike spent three and a half years as “Morning Edition” host and reporter at public radio station KNAU in Flagstaff, Arizona. He has also been a news anchor and producer for other radio and television organizations in Arizona, and has produced segments for CBS’s “This Morning.”

Why I became a journalist:
I always liked working with words, and on my high school newspaper I came to love being in the know about what was going on, and the peculiar jargon of newspaper people, and getting out of class to work on stories. I took up print journalism in college, and at the time we understood that for most of us, our first job would be writing newspaper obituaries. I soon switched to broadcasting.

Why I got into radio:
My small state university happened to have a very strong radio and TV program and a student radio station that let just about anyone on the air. I think what really drove home to me the power of radio and the way a single human voice can really grab you and put you at the scene was the clip they played in every first-year broadcasting class – Herb Morrison describing the landing and – “Oh, the humanity!” – the destruction of the Hindenburg. My first paying job was spinning Kenny Rogers and Crystal Gayle at an all-night country station, and from there to television, back to radio, and other things in between.

How I ended up at CPR:
I got into public radio first as a listener, when a friend from college was working at the public radio station in Phoenix. He moved back to what has become a very respected NPR affiliate at our old university in Flagstaff, and I began working there too, in 1996. Two weeks after I started, I was covering President Clinton speaking on the rim of the Grand Canyon. There weren’t many places I was interested in moving to, but when I saw an ad for an opening in Denver, I had to send off my stuff. I was glad to start the decade and the new century at Colorado Public Radio in the spring of 2000. Now the century and I are both a bit older.