Broncos fans have painted the town orange and blue this week, and cultural institutions are also rallying around the hometown team.

The Denver Philharmonic Orchestra is one of the local organizations getting in on the action in honor of the big game.

“Our city’s cultural teams are just as strong as our football team,” executive director Valerie Clausen says. “And we share the same overall mission: to make this community an exciting, vibrant and engaging place to live.” 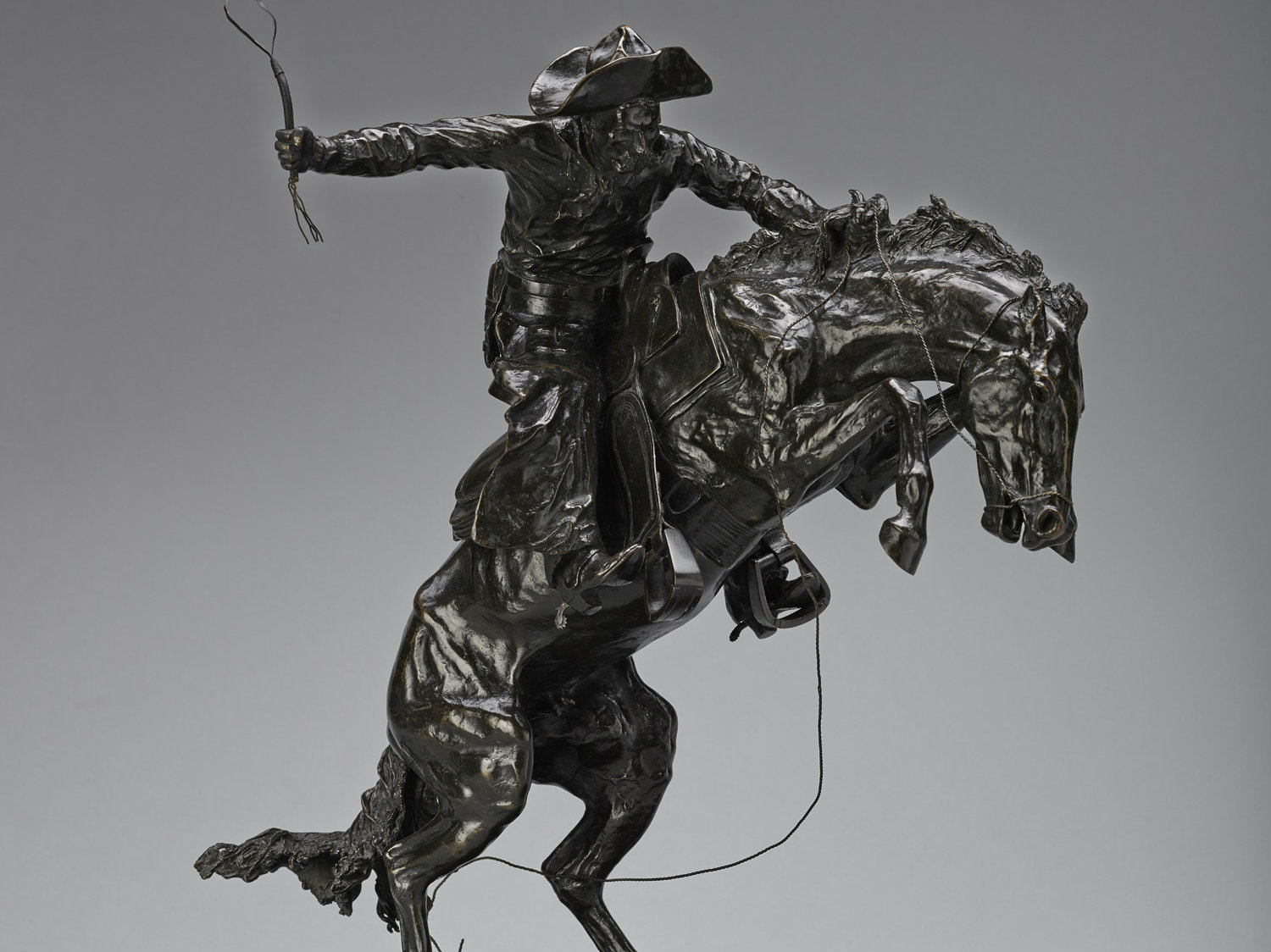 (Photo: Courtesy of Denver Art Museum)
Meanwhile, the Denver Art Museum will go mano a mano with the Seattle Art Museum, each putting a piece of fine art on the line.
“The Denver Art Museum and the Seattle Art Museum wanted to show their community support and offer a fun exchange of artworks that represent key holdings from each respective museum,” Denver Art Museum director Christoph Heinrich says.
The museum from the victorious city will receive  a major artwork that resembles the opponent's logo on loan for three months. If the Broncos lose, the Denver Art Museum will send a bronze sculpture by Frederic Remington titled “The Broncho Buster” to Seattle. Heinrich calls the piece "a jewel of the collection that symbolizes the Wild West spirit of the region."
If the Broncos win, the Denver Art Museum will get a 1901 six-paneled Japanese screen titled “Sound of Waves” by Tsuji Kakō. This piece replaces the work that was initially wagered, a Nuxalk ceremonial raven mask. Museum officials say the Seattle Art Museum withdrew its offer to respect the wishes of Nuxalk Nation, which requested the mask not be wagered.
The results of the championship game also have implications for the cities’ zoos.
If the Broncos bring home the Vince Lombardi trophy, an orange and blue-clad curator from Seattle’s Woodland Park Zoo will deliver a case of Washington apples to the Przewalski’s horses at the Denver Zoo and spend a day working with the horses and elephants.
With a Seahawks win, Denver Zoo curator of birds John Azua will pay the sea eagles at Woodland Park Zoo a visit with a case of trout before spending the day working with other animals while donning a Seahawks jersey.
"Hopefully it raises more awareness for the Denver street art scene," Gamma says. "There's a lot of talented artists in this city."
With 100 million people expected to tune in to the big game, keep in mind that you don’t have to dedicate your entire day to it. Some cultural organizations are offering Super Bowl Sunday deals.
The History Colorado Center will provide free admission on Sunday for attendees wearing orange.
Visitors to the Clyfford Still Museum can get 2-for-1 admission on Sunday with special code "BRONCOS".
The Colorado Symphony will sell half-price tickets to those wearing Broncos colors on Sunday for its concert starting at noon. The program includes Tchaikovsky's "Violin Concerto in D Major" and Britten's "Young Person's Guide to the Orchestra."
These cultural offerings enable even the most dedicated of football fans to enjoy some art and still make it back in time to catch the 4:30 pm kickoff.