Colorado arts and entertainment journalist April E. Clark takes a look at some of the hot events on the Western Slope for February. 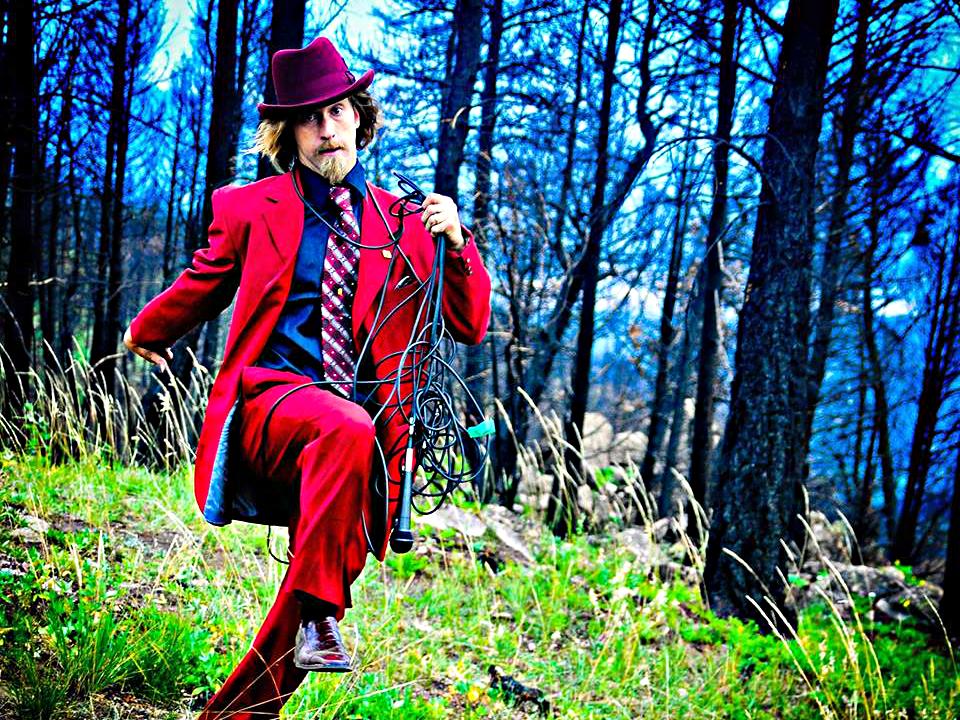 34th Annual Valley Visual Art Show
Through March 7 (Monday - Thursday, 9 a.m. - 5 p.m. / Friday, 9 a.m. - 2 p.m.)
Third Street Center, Carbondale
Each new year, the Carbondale Council on Arts and Humanities hosts its signature community-driven exhibit, the Valley Visual Art Show. This year’s exhibit showcases the creativity of more than 60 Colorado artists from the Roaring Fork Valley. The Valley Visual Art Show includes two- and three-dimensional works using diverse art platforms such as photography, painting, mixed media, pottery, metalwork and sculpture. The show includes such accomplished local artists as photographer Eric Allen, mixed-media specialist Kat Rich, illustrator Brian Colley, watercolorist Judy Milne, and multi-media painter Staci Dickerson. While perusing the mountain art show, visitors can help decide the Valley Visual People’s Choice Award for 2014.
For more information, call (970) 963-1680 or visit www.CarbondaleArts.com.
Colorado Mountain College Theatre’s “Proof”
Feb. 7 - 8 and 13 - 15, 7 p.m.; Feb. 9 and 16, 2 p.m.
CMC’s New Space Theatre, Glenwood Springs
Colorado Mountain College Theatre brings David Auburn’s Pulitzer Prize- and Tony Award-winning play “Proof” to the New Space Theatre at Spring Valley. “Proof,” which ran on Broadway for 917 performances, tells the story of Catherine, her sister Claire, their deceased math genius and mentally ill father Robert, and his ex-grad student Hal, who becomes Catherine’s lover. The cast of four features Colorado Mountain College  theater students Cora Wettlin as Catherine and David Collier as Hal, alumna Cassidy Willey as Claire, and veteran actor and director G. Thomas Cochran as Robert. The production is directed by Colorado Mountain College Theatre instructor Brad Moore, who helped found Aspen Stage and has been integral in developing the drama scene on the Western Slope.
Tickets are $15 for adults and $10 for students, seniors, staff and faculty online at svticketsales@coloradomtn.edu, by calling (970) 947-8177 and at the door.
Silt Historical Society’s Victorian Ball
Saturday, Feb. 15, 12 - 2 p.m. and 6 - 10 p.m.
Cactus Valley Elementary School, Silt
The Silt Historical Society celebrates Valentine’s Day weekend with its inaugural Victorian Ball. Guests will go back to the days of grace and formality with simple dance instruction, period gowns and evening wear, and live ballroom music. Historically accurate dances will be taught during the afternoon from 12 - 2 p.m., along with the issuance of Victorian-era men’s military attire for the ball later that evening. Fill those dance cards with partners during a social hour and photo session starting at 6 p.m. The ball takes place from 7 - 10 p.m. with classic Victorian music, pageantry and light refreshments. The Ball helps supports the Silt Historical Park’s efforts to host community events at the 30-year-old park such as literary readings, live concerts, and holiday gatherings.
Tickets for the Victorian Ball are $40 per person and $70 per couple, available at www.BrownPaperTickets.com.
Aspen Laff Festival
Thursday, Feb. 20 through Saturday, Feb. 22
Wheeler Opera House, Aspen
For the past three years, the Aspen Laff Festival has hosted big-name comics such as Christopher Titus and David Brenner as well as young, up-and-coming Denver comedians including Troy Walker and Nora Lynch. This year, the three-day comedy fest launches with a free opening show on Thursday, Feb. 20 headlined by Australian stand-up Jackie Loeb. Denver funny man Josh Blue, a past winner of NBC’s “Last Comic Standing,” is the opening night feature at 8 p.m. The Aspen Laff Festival continues through the weekend with a triple bill of female comics featuring Monica Piper, Vicki Juditz and Betsy Salkind on Friday. Saturday’s line-up includes comic and radio host Tom Papas, who worked with Jerry Seinfeld on the NBC series “The Marriage Ref” and has a one-hour Rob Zombie-directed stand-up special on Comedy Central.
Visit www.WheelerOperaHouse.com for more information and to purchase individual act tickets and weekend or night passes.
An Evening of Keb’ Mo’ Acoustic
Thursday, Feb. 27, 7:30 p.m.
Vilar Performing Arts Center, Beaver Creek
Keb’ Mo’ is as highly decorated with awards in the music industry as he is a natural at the blues. The California native, known for his soulful take on Delta and country blues, is a three-time Grammy Award winner for contemporary blues albums “Keep It Simple” in 2005, “Slow Down” in 1999, and 1997’s “Just Like You.” He has also been nominated many times over for Grammys since the ’90s, and was inducted into the Hollywood Rock Walk. In his musical return to the Vilar, Keb’ Mo’ will play his distinctive fusion of blues, rock, folk, gospel and jazz for the winter VPAC crowd. A philanthropic bluesman, Keb’ Mo’ often works on special projects in the industry including Farm Aid, a tribute album to Johnny Cash, and a Martin Scorcese-directed blues documentary that aired on PBS.
Tickets for “An Evening of Keb’ Mo’ Acoustic” are $30 and $68 available online at www.VilarPAC.org, by calling 888.920.ARTS (2787) or in person at the VPAC Box Office in Beaver Creek.
April E. Clark is a Colorado arts and entertainment journalist. She has worked in media for more than 20 years, covering everything from local elections on Colorado’s Western Slope to paragliding in the Rocky Mountains.