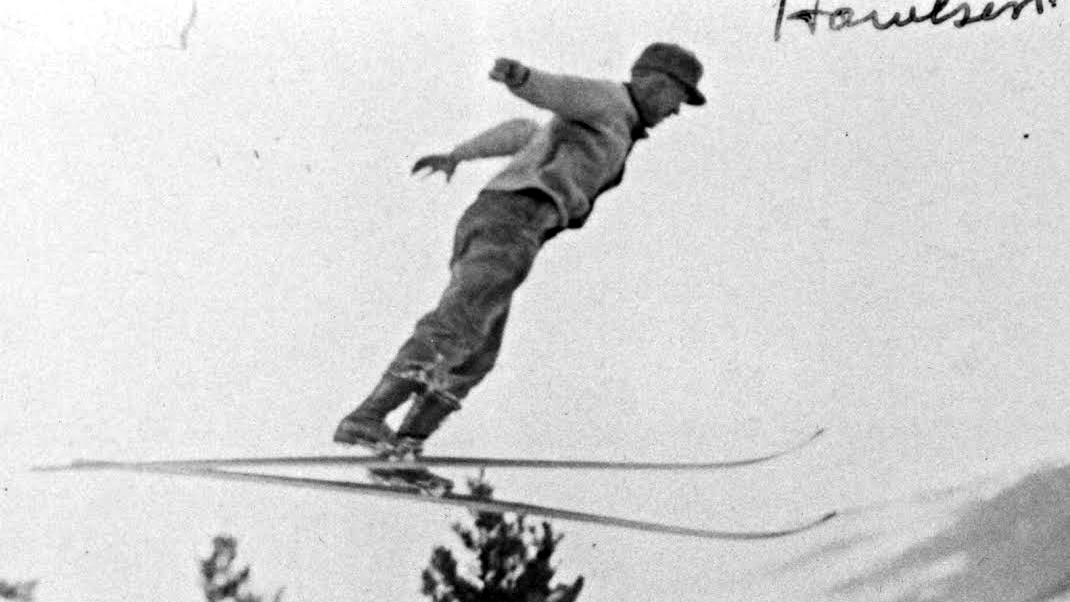 (Photo: Courtesy of Tread of Pioneers Museum)&lt;p&gt;Carl Howelsen demonstrates his ski jumping ability. He set national records in the sport.&lt;/p&gt; 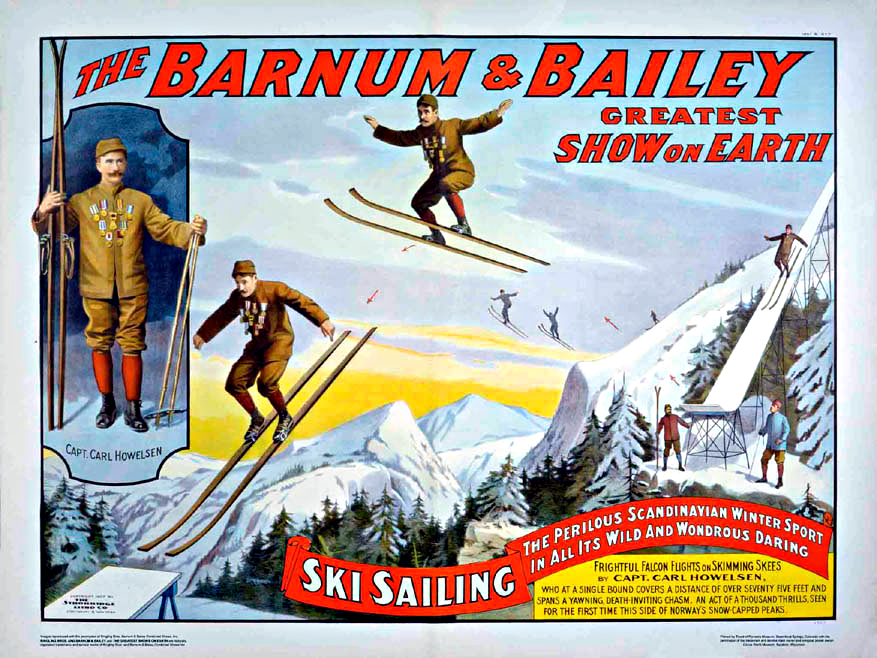 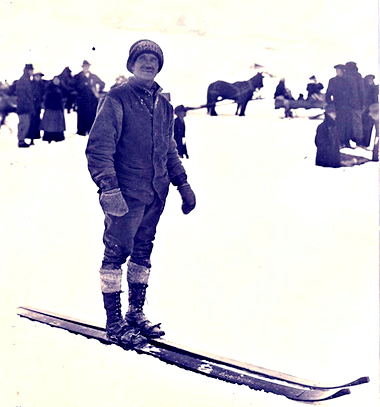 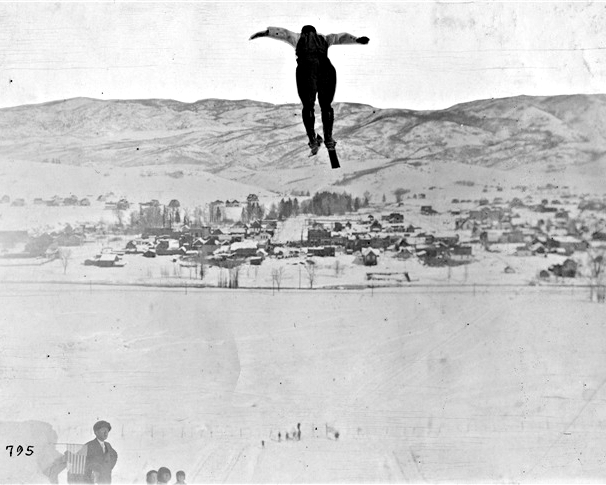 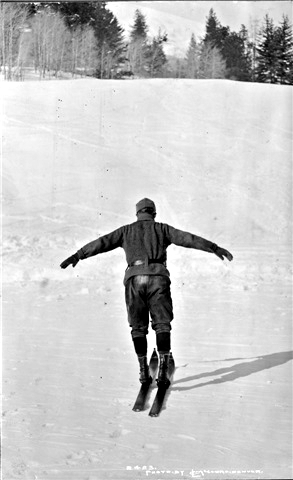 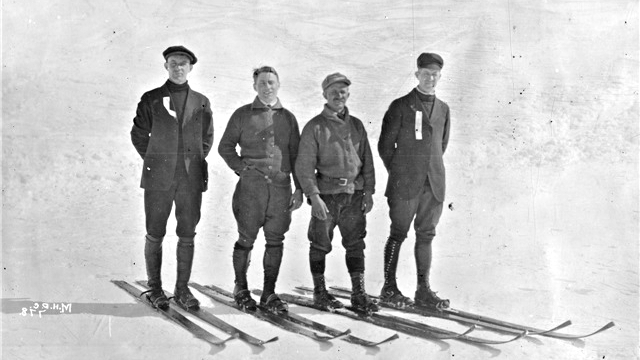 (Photo: Courtesy of History Colorado)&lt;p&gt;Carl Howelsen is the second from the right in this photo.&lt;/p&gt; 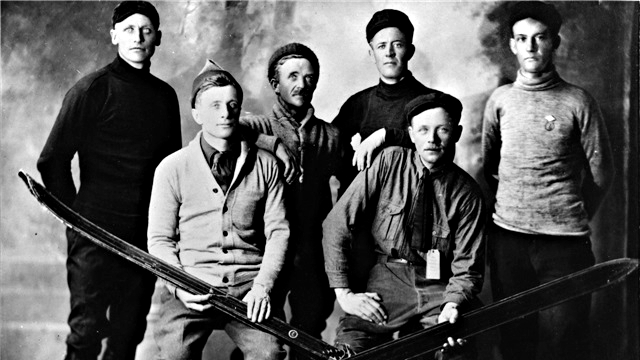 (Photo: Courtesy of History Colorado)&lt;p&gt;Carl Howelsen is the man seated on the right.&lt;/p&gt;

Fourteen athletes in this year's Olympics have ties to the mountain town as Steamboat is home to a rich sporting tradition that many say goes back to one man: Norweigian immigrant Carl Howelsen.

In 1914, Howelsen introduced ski jumping to the northwest Colorado community during its annual winter carnival. His passion for the sport leads some historians to call him the father of skiing in Colorado.

"[Howelsen] was the first to really put together the combination of the jump and training and winter festivals which included competitions," Bill Convery with the History Colorado center says. "It was an 'aha!' moment for Coloradoans that this was more than just a sport for enthusiastic amateurs, and something we could profit from commercially."

Howelsen actually performed ski jumping for the first time at a winter carnival in Hot Sulphur Springs before bringing the sport to Steamboat Springs a hundred years ago.

Born in Norway, Howelsen learned to ski jump before immigrating to America in 1905.  Shortly after arriving in the U.S., Barnum and Bailey Circus found him and made ski jumping and ski sailing a big part of its show.

The stint with Barnum and Bailey earned Howelsen the nickname "The Flying Norseman."

"He would fly through the air off of Vaseline-greased jumps, sometimes jumping over elephants and sometimes landing in the arms of a strongman," Tread of Pioneers Museum Executive Director Candice Bannister says.

"He was literally flying at the time farther than some of the first airplanes," Bannister says.

At the time, ski jumping was largely a European sport, one that Howelsen helped popularize in America through his circus act.

The Steamboat Springs Pilot & Today newspaper estimates 79 Olympians have trained at the community’s winter sports club in its 100-year history.

Bannister gives Howelsen a lot of credit for that.

"It really is his inspiration and his legacy that has started the Olympic tradition where Steamboat sends out more Olympians than any other town in the nation," Bannister says. "We send more athletes to the Olympics, especially this last Olympics in 2010, than some small countries."

In the 2010 Winter Games, Olympians from Steamboat Springs led the field in Nordic combined, a mix of cross-country skiing and ski jumping.

It's an achievement Bannister believes Carl Howelsen, the godfather of the town's Olympic culture, can take some credit for.

"What you have is Olympic athletes who come back here,” Bannister says. “They settle here. They become coaches. So you have Olympians who become your mentors, your coaches. So that Olympic spirit is right here in front of you all the time."

Howelsen was inducted in the Colorado Ski and Snowboard Museum Hall of Fame in 1977.