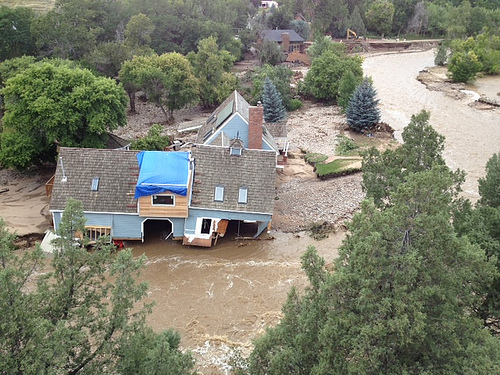 The Senate is expected to vote on a House bill that delays a massive rate hike in flood insurance policies.

It would give homeowners in flood prone areas relief from massive rate hikes.

The sudden spike in rates is tied to a 2012 law that attempted to pay for the $24 billion of debt the program accrued due to Hurricane Katrina.

Congressman Jared Polis (D-CO) says the legislation is vital for many families.

“What’s important for my constituents in Larimer and Boulder Counties and Jefferson County is that they’re able to continue afford to live where they live," Polis said. "They make certain assumptions when you move into a certain area and you have a mortgage to pay, you have flood insurance to pay. And you simply don’t have it in your budget and it’s make or break if flood insurance rates go up several times.”

Now the House version either has to be reconciled with the Senate passed bill or - what's increasingly looking more likely - the Senate will just pass the House bill as early as this week.

The Senate bill extends the relief to second properties while the House version doesn't.