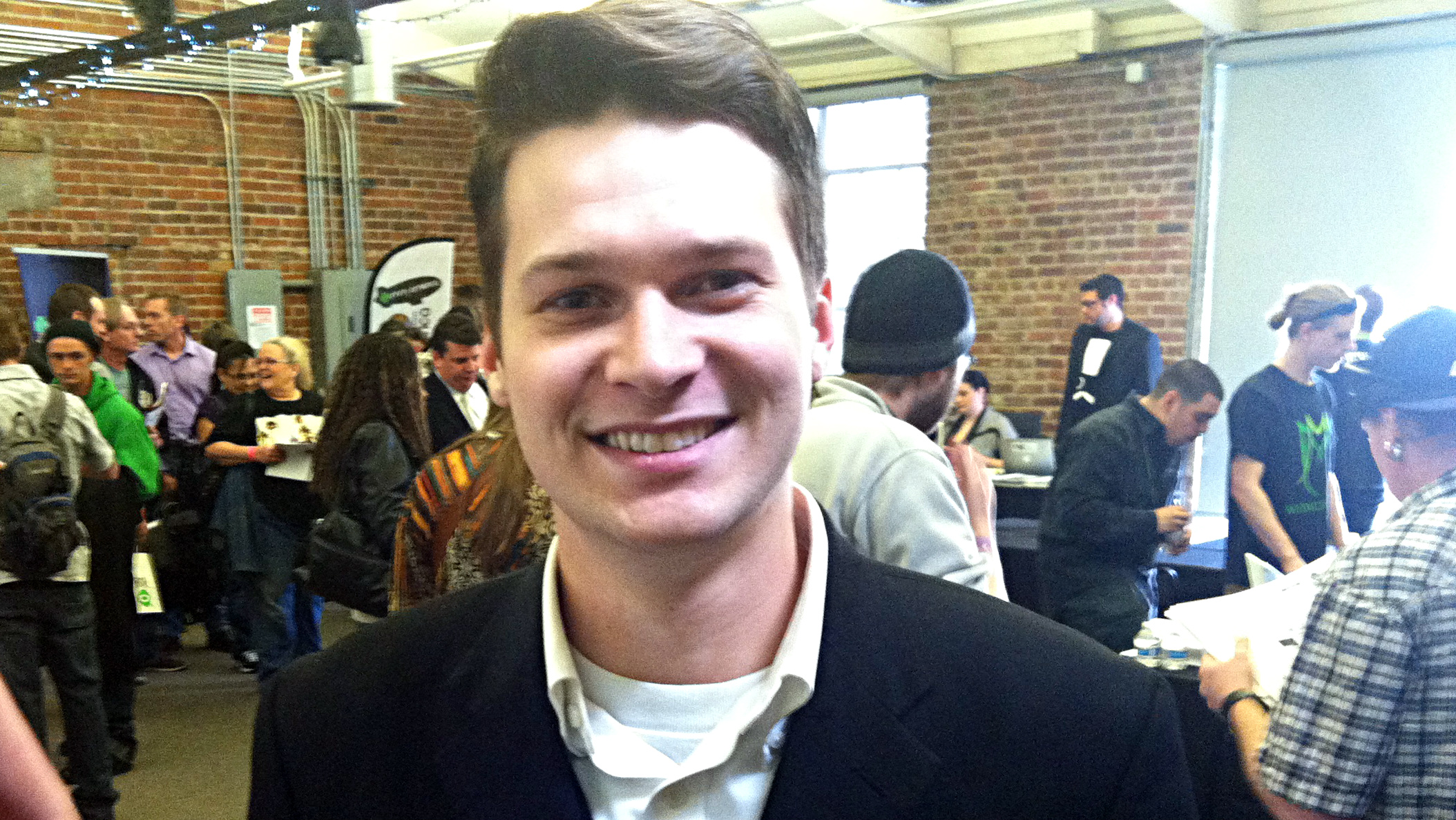 (Photo: CPR/Pat Mack)Aaron Zachariou drove 22 hours without sleep from Sacramento, California, to be among the more than 1,200 people who attended Thursday's first-of-its-kind marijuana job fair in Denver.

"I’m blown away by anxiety and excitement all at the same time," Zachariou says. “I’m living my dream. I drove 1000 miles to come hopefully work in an industry that I want to work in professionally and responsibly."

Zachariou, 22, came dressed in a suit looking for a job in marketing but says he would take anything to get a foot in the door.

While Zachariou is excited that the industry is becoming more legitimate, he was disappointed in the behavior of a few of the job hopefuls.

"I saw some people medicating outside, and I don’t think they should be doing that because you need to have your faculties for this," Zachariou says. "It’s a job fair not a smoke out."

The line of applicants stretched two city blocks in Denver's Golden Triangle neighborhood as candidates waited up to 90 minutes to get into the job fair.

O.penVAPE, a maker of vaporizers and other products organized the event. It's a sign of good times for the state's new recreational marijuana industry, according to Tim Cullen, a partner in the company.

Cullen describes marijuana legalization as another gold rush of sorts in Colorado, attracting dreamers from across the country.

"People are traveling, relocating their families, looking at this as a new opportunity and brave new world if you will," Cullen says.

Cullen also operates two retail marijuana stores with about 40 employees and says he could easily employ more than 60 by the end of the year to keep up with demand.

Critics worry about the unintended costs of legalizing marijuana, everything from increased addiction to more stoned drivers. But Cullen says legalization is helping the state’s economy by creating jobs, filling storefronts and generating sales taxes.

"This has been a tremendous boom for Colorado," Cullen says. "I liken us to Disney World in the sense that for every Mickey Mouse you see at the front of the store there are five people behind the scenes making the magic happen."

Cullen wasn't sure if the snack table at the job fair included goldfish and Cheetos for applicants but added having the snacks would be appropriate.  He also says most of the jokes being made are coming from the media.

"The applicants are serious," Cullen says. "They’re applying for jobs."

Companies at the fair were recruiting for accounting, sales and marketing jobs as well as positions with their grow operations.

Nyssa Capps, a freelancer from Grand Junction, sees the opportunities in marijuana just like those in any other start-up industry.

"You need all kinds of website work," Capps says. “You need stuff online. You need photographers.  It’s just an awesome opportunity for artists to find work."

Charlie Bauer drove to Denver from Saint Louis in hopes of finding work at a marijuana grow but worries his professional degree might make him overqualified for a position.

"I feel like the engineering degree intimidates them a little bit," Bauer says. "They want to hire someone on the lower scale. For me to take what they can offer. Would you want that guy if he’s willing to do it for nothing? That’s frustrating."

In that sense, Bauer says his search for work in the marijuana industry is pretty similar to looking for a job in any other field. With so much interest, companies have their pick of applicants.

Organizers say they’re planning another job fair but might have to find a bigger venue.