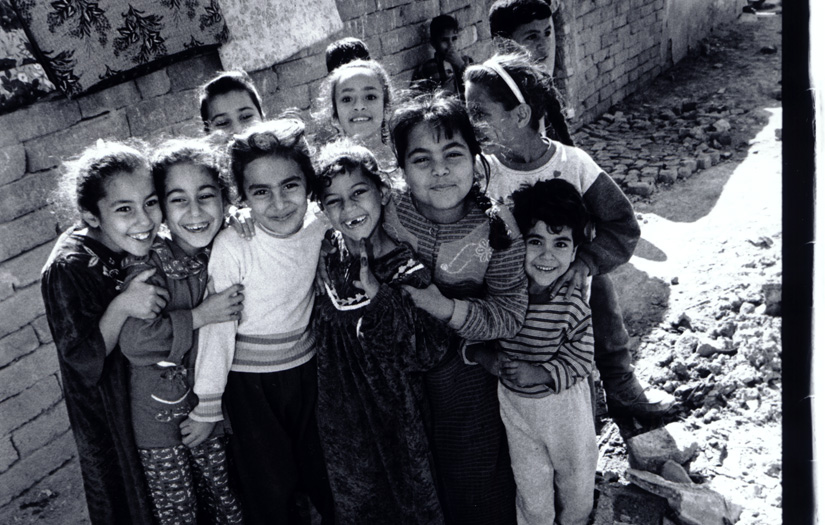 (Photo: Courtesy of Trish Dalton)Now in its fourth year, the Women + Film: VOICES FILM Festival, an annual movie event focusing on films by and for women, has more films by Colorado filmmakers than ever before.

All of the local filmmakers will be present at the Sie FilmCenter, where the six-day event is taking place from March 18th to March 23, for Q&A sessions following their screenings.

CPR caught up with Tammy Brislin, the producer and co-founder of the Festival.

CPR: Why does Colorado need a women’s film festival?

Tammy Brislin: I get asked that question a lot. Firstly, we do welcome filmmakers of all genders. Secondly, the fact is that most women around the world are born with a disadvantage the minute they leave their mother’s womb. I grabbed onto the theme of International Women’s Day and said, “Denver Film Society, let's start a film festival that showcases thought-provoking, inspirational stories of women from around the world!” It is all about education and there is no tool more powerful than the medium of film.

CPR: The opening night film is Berit Madsen’s “Sepideh.” Why should audiences come out and see this film?

Tammy Brislin: “Sepideh”  is a story about the importance of educating girls. I saw “Sepideh” at the Sundance film festival this past January. I knew immediately that we had to have the film at the Women + Film: Voices Film Festival. We are always looking for inspiring stories about women and girls and it is particularly hard to find stories about young women.

CPR: Aside from “Sepideh,” what films are you most excited about?

Tammy Brislin: All 19 films have been lovingly curated over the last four to five months for the Festival. They each bring a different and unique story about a woman and situation she is facing or tackling in her life. I am excited that we have four films with a Colorado connection this year. “Penny and Red: The Life of Secretariat's Owner” is a film about the famed sportswoman, race horse breeder and Boulder resident, Penny Chenery. “Claw” is about female arm wrestlers. The film’s director, Brian Wimer, is a graduate of Cherry Creek High School. Beyond Colorado films, I’m also excited about “Drunktown's Finest”  from newcomer Sydney Freeland. It is the story of three American Indians trying to escape the reservation. It was shot in New Mexico, where Freeland grew up on a Navajo reservation. The movie just had its world premiere at the Sundance Film Festival. Robert Redford was a producer on the project.

CPR: You planned to launch a young filmmakers workshop for 12-18-year-old women at this year’s festival, but that plan has fallen by the wayside. Why?

Tammy Brislin: Unfortunately, we didn’t meet the quota to fill the class, so we had to postpone for a later date. But we really look forward to developing the program for next year. This workshop is intended for young women 12-18 years old. Our goal is to involve them in the Women + Film: VOICES Film Festival in a way that provides them with an opportunity to make a meaningful contribution to the festival and experience the power of women united in the film community. We have been challenged on the idea of an all girls workshop and the potential merits of having a co-ed workshop. A point to be considered!

Tammy Brislin: The climate for filmmaking in Colorado is getting better all the time. The increase of the Colorado Film Incentive budget to $5 million is a huge boon to filmmakers in general - male and female. It will encourage more production in our state and can only benefit the talent that already exists here. There are many talented filmmakers here in Colorado including many women. Of the four Oscar-winners that reside in the Denver-Boulder area, two are women - Donna Dewey and Paula DuPre Pesmen. And the Denver Film Society's Alison Greenberg was a producer on the 2012 Academy Award-winning documentary short “Saving face.” So the climate for Colorado women who want to live and produce films here in the state seems to be moving in the right direction. Yet more can can be done for women in the film industry. The overall trend for women in "above-the-line" roles in film production on major features has actually been moving in the wrong direction with fewer women in leadership roles in the industry today than 20 years ago. The Denver Film Society is developing future programs to help to educate local funding sources - particularly female patrons of art - about savvy investing in female-helmed film projects.

The Women + Film: Voices Film Festival runs March 18 to March 24 at the Sie FilmCenter. For the full program go to www.denverfilm.org.