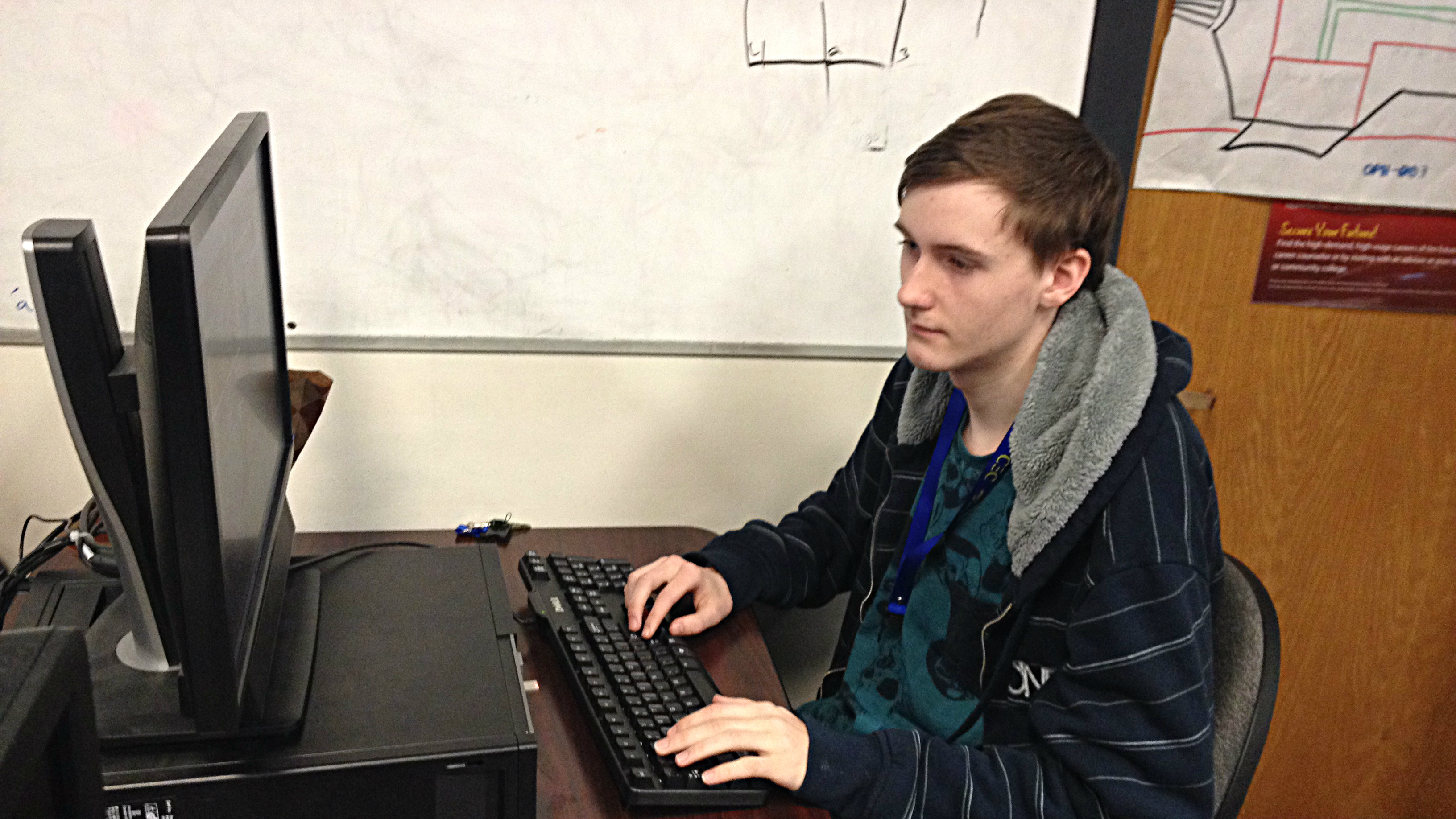 (Photo: CPR/Jenny Brundin)Denver schools are on the fast track to dramatically increase the number of students getting science and technical education.

District officials announced on Tuesday the additional funding of $9.3 million through new grants:  $7 million awarded by the U.S. Departments of Labor and Education and another $2.3 million from more than 30 community partners.

Eight Denver schools will be able to expand their STEM programs -- science, technology, engineering and math – and other curricula that are focused on health and medicine, digital careers, energy and manufacturing, for example.

Boasberg says the school is showing that students thrive when confronted with challenging technical problems and are given an opportunity to see how what they are learning directly relates to their aspirations.

Boasberg says that having students prepared for STEM-related jobs is a big incentive for companies to locate in Denver.

CEC Middle College junior Jesus Gonzalez, an aspiring aerospace engineer, says the opportunity to learn computer programming and robotics at the school has been incredible.

Gonzalez says that knowing which path to take and the steps to take have helped him a lot.

“It’s just an unbelievable experience,” Gonzalez says.  “Building things that will change the world, that’s what I really want to do.”

The grant money will pay for job shadows, summer industry academies and it will be used to help build connections with local industry and colleges.

The school will also work with Metro State University to tap into Colorado’s huge manufacturing sector that often has to outsource jobs.

“I think our participation with Denver Public Schools creating that pipeline is going to create more in-grown workers and an educated workforce,” Springer says.