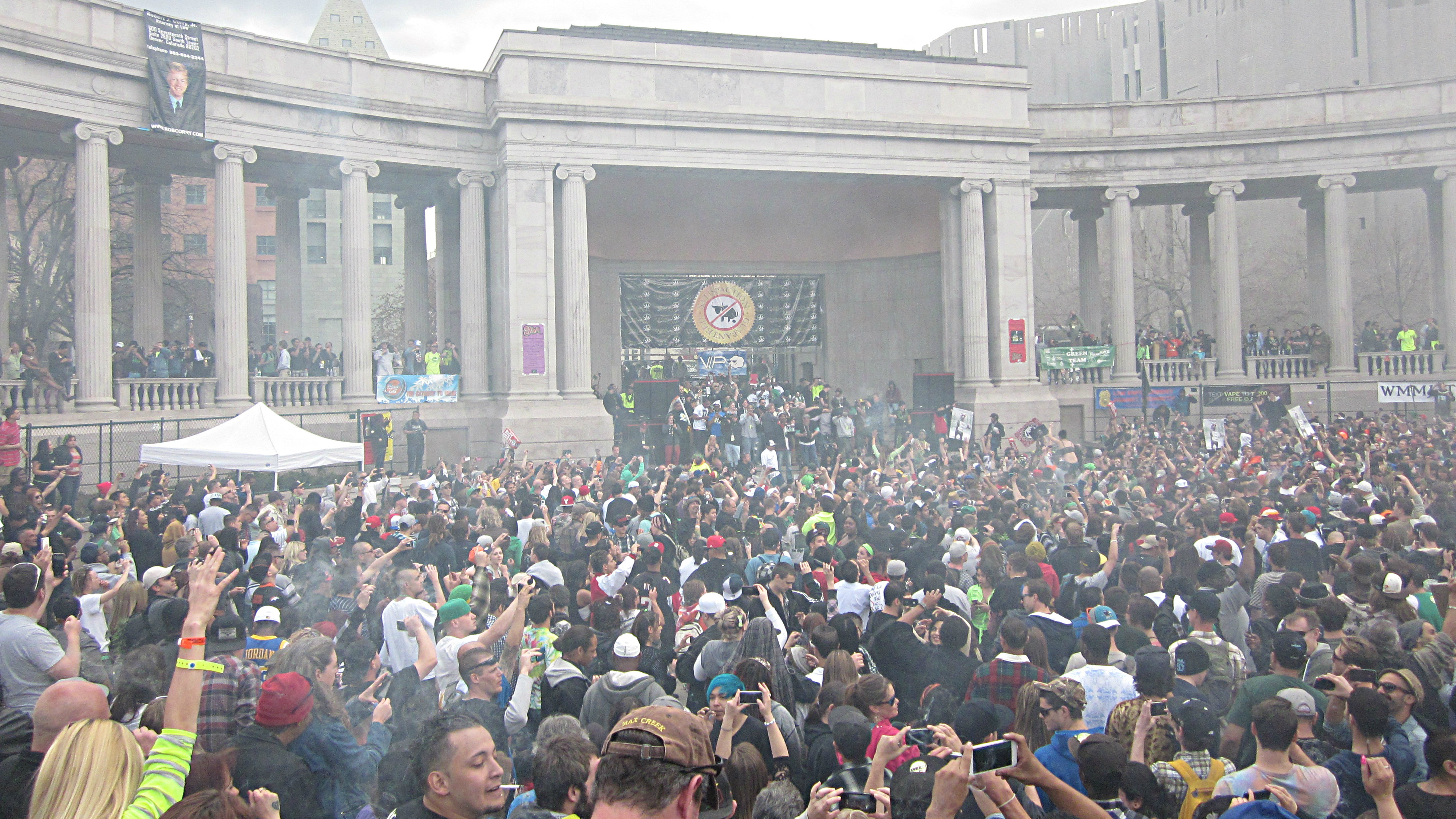 (Photo: CPR/Ben Markus)There will be high times in Denver on April 20 after the city's parks department is giving the official OK to organizers of this year's 4/20 marijuana celebration.

"It’s in the permit requirements that they’ve agreed to: not promote it or encourage it," says Green.

The festival is expected to draw tens of thousands of people, who will likely violate the law.

Denver police say they will focus on ensuring safety rather than issuing mass-citations for public consumption.

Colorado lawmakers have started work on two hot-button marijuana measures in the final weeks of this year's legislative session.

Another bill would broaden a ban on certain types of edibles to include products that mimic other foods or candies. Some marijuana activists fear the bill could ban any type of edible pot.

Lawmakers heard testimony on both bills on Thursday, but a vote won't happen until next week.