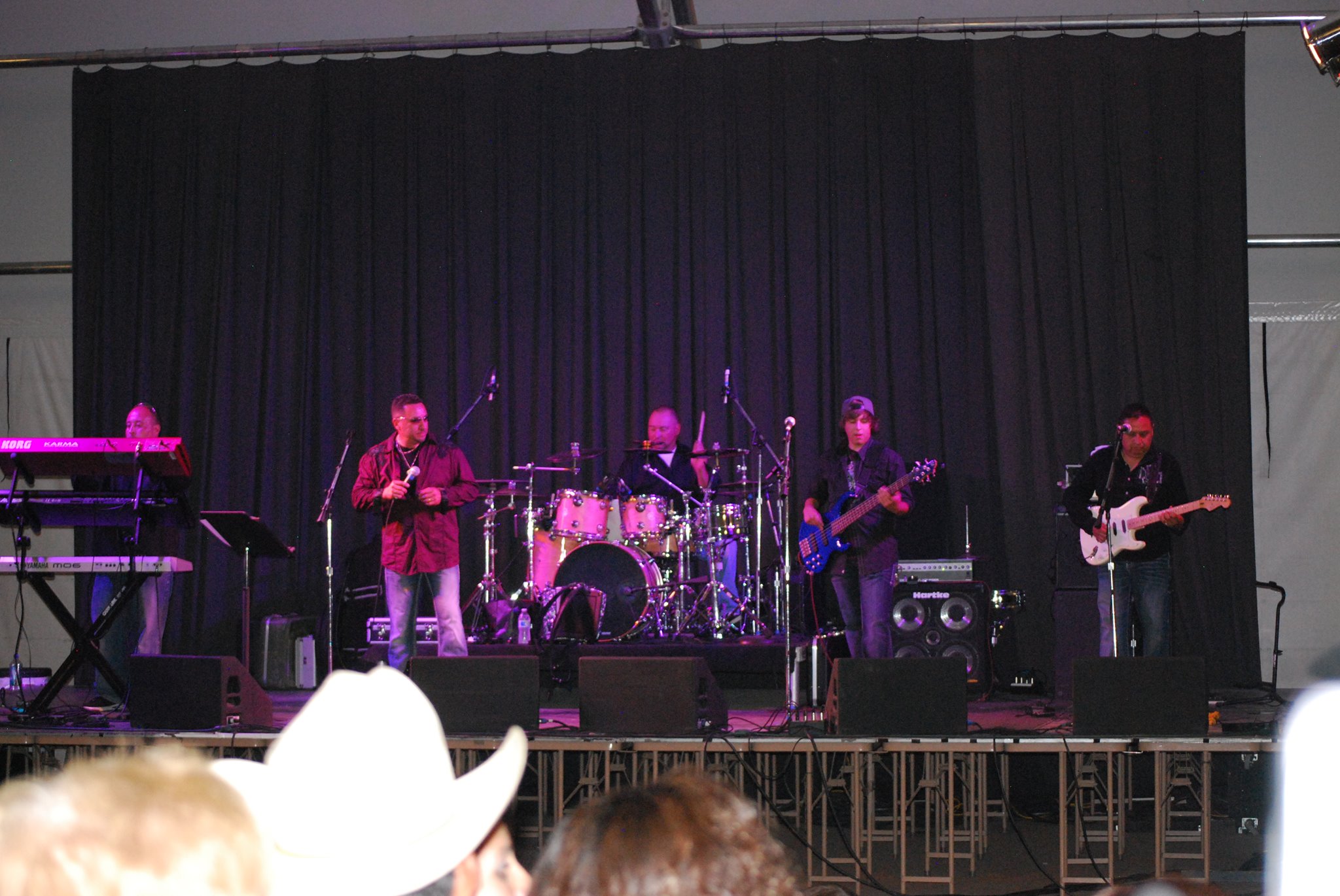 (Photo: Courtesy of Naomi Maestas)A Latino "battle of the bands" competition gets underway this weekend when 14 Colorado bands specializing in Tejano, Conjunto, Tex-Mex, Norteno and other Latin music styles compete for the opportunity to perform before tens of thousands of fairgoers during Fiesta Day at the Colorado State Fair on August 31.
Fiesta Day at the state fair began in 1967 as a celebration of Hispanic culture. The day starts with the Mariachi Mass in the morning and ends at night with the Celebracion de los Charros (Mexican rodeo). There's plenty of Latino food, art, dance and music going on all day inbetween.
“It’s music that brings people together,” event coordinator Brian Montez says. “We want to make sure that we are highlighting this aspect of our culture. It’s our identity.”
Five of the competing bands hail from the Pueblo area and the rest come from elsewhere in Colorado. Some groups feature large horn sections and accordions. Guitars anchor other ensembles.
The lineup for the contest includes both acoustic and electric music. All of it has a Latin flavor, and Montez believes its appeal is universal.
“Everyone can relate to this music,” Montez says. “It doesn’t matter what your background is; it’s fun to dance and listen to.”
Only six of the 14 competing ensembles will get to play at Fiesta Day. Audience votes will be combined with the judges’ decisions to determine the winning bands.
Tejano Heat of Colorado Springs played at last year's Showcase and won a slot to perform at the fair.
“It’s a great feeling to play at Fiesta Day because thousands of people come together to share their culture,” Tejano Heat's accordion player and lead vocalist Mario Maestas says. "We met people from all over the southwest region last year. The camaraderie among the bands was excellent."
Pueblo-based band Sierra Gold is also part of the lineup this weekend. The ensemble plays a mix of country and Mexican music.
“It’s a great honor to play during Fiesta Day," Sierra Gold guitarist and frontman Richard Baca says. "The crowd is receptive to all kinds of music.”
Last year was the first year for the competition and Montez says it drew a big local crowd. But this year, with bands coming in from around the state, he expects fans from all over Colorado to show up to support their favorite groups.
"So many bands wanted to compete this year, we had expand the event to two nights," Montez says.
The contest runs Friday, April 25 from 7 p.m. to 1 a.m. and Saturday, April 26 from 6 p.m. to  2 a.m. at Creative Arts Building at the Colorado State Fairgrounds in Pueblo. Tickets are $10 each or $15 per couple.
Here’s the lineup with links to check out music for some of the bands:
Friday, April 25
7 p.m.  Sierra Gold
8 p.m. Hermanos Portillos
9 p.m. Jon Maez
10 p.m. Chicano Heat
11 p.m.Los Traviesos
12 a.m. Aaron Gabriel
Saturday, April 26
6 p.m. Kickin' Back
7 p.m. Latin Thunder
8 p.m. Dynamix
9 p.m. Sangre Nueva
10 p.m. Tejano Heat
11 p.m. Grupo Mysterio
12 a.m. Primavera
1 a.m. Latin Heat