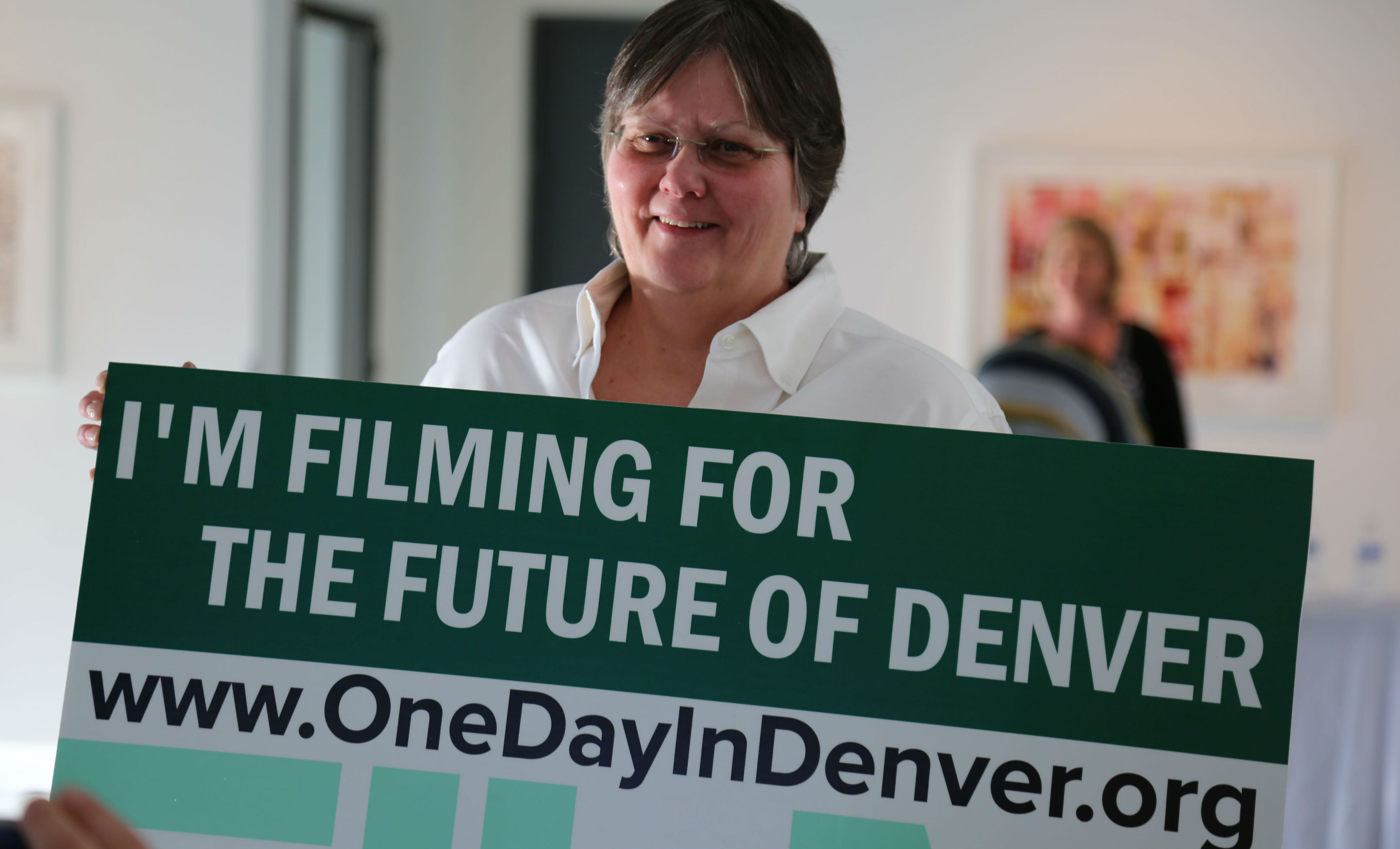 (Photo: Courtesy of Mel Aman)On Saturday, April 26, hundreds of people will take to the streets of Denver – some wielding smart phones, others with high-end video cameras – to capture stories throughout the city.

One Day in Denver is part of a larger project called “Your Day. Your City. Your Future.” that invites people in 11 U.S. metropolitan areas to examine the roles and realities of modern urban centers.

“Film is a powerful medium that can educate us about ourselves and inspire us,” event producer Kristin Nolan says.

“Now it’s a medium that is in everyone’s pockets," Nolan says. "Video technology is very accessible, and we’re harnessing that idea to invite the Denver community to go out and tell their stories.”

Colorado Public Radio spoke with Nolan about the project and how the footage will be utilized.

CPR: What’s the aim of this initiative?

Kristin Nolan: We want people to come together to tell the story of Denver by using an accessible medium to ask questions about the present and the future of the city. It’s "a day in the life" and also an examination of where we are and how we appreciate our city. All these individuals have passions to share and stories to tell, which can lead to conversations. The greater population can then go through the information to better understand Denver’s amenities and resources to be inspired and maybe even change behaviors. It’s an opportunity for everyone – the participants and the public – to learn.

CPR: Why are participants only given one day to gather footage?

Kristin Nolan: This is the sister project of One Day on Earth, which took place on October 10, 2010. It was a first-of-its-kind event wherein videographers in every country were empowered to spend 24 hours collecting footage, which culminated in a 2012 feature length film. So this project aligns with that original premise. Organizers spent about a year and a half considering a more in-depth project to tell stories about life in cities. Over 80 percent of the U.S. population lives in urban cities and this event includes a diverse cross-section of cities that will share information. This is about bringing a community together. Everyone is participating in the same project and we want them to engage in the same type of thinking on the same day. It makes the content more meaningful because it comes from a particular moment in time.

CPR: This inaugural project includes a select group of 11 cities. Why was Denver included?

Kristin Nolan: Denver has a lot going for it. The city is experiencing such exceptional population growth compared to the national average, so there’s that growth angle to explore. We have a lot of stories coming out of here about the realities – some unexpected – of legalized marijuana. This truly makes Denver unique. There’s depth to the non-profit organizations here. And we certainly have a vibrant film and video community to support the efforts.

CPR: Is the project intended for amateur or professional filmmakers?

Kristin Nolan: It is designed specifically to have a low barrier to entry, so we’ll see people reflect a full array of skill levels. It is terrific for professional filmmakers to get high-quality footage and challenge their skill sets. But everyone has a video camera on their phone. So this is also an opportunity for the average inspired citizen to work with video technologies and capture raw footage. We also hope to encompass every level at which people approach the project. Some will cover heavy topics with interview footage. Others will want to share their love affair with Denver and show experiences artistically. We’re looking for everything.

CPR: How will the footage be used?

Kristin Nolan: We encourage everyone to upload their raw footage as soon as possible. Then we will activate a website that serves as an interactive, geo-tagged archive that people can explore. You’ll be able to look over the entire U.S., home in on any city, and see stories. You’ll get info about different filmmakers, non-profit organizations and topics. And a comment wall will instigate dialogue. Participants can also submit edited pieces – with a suggested length of one to four minutes – anytime during the four weeks after April 26.

Then some footage will also be used in a three-part documentary that re-examines our urban environments. The series will air on local PBS affiliates later this year.

One Day in Denver takes place on Saturday, April 26, 2014. Register to participate in the nationwide film project here.