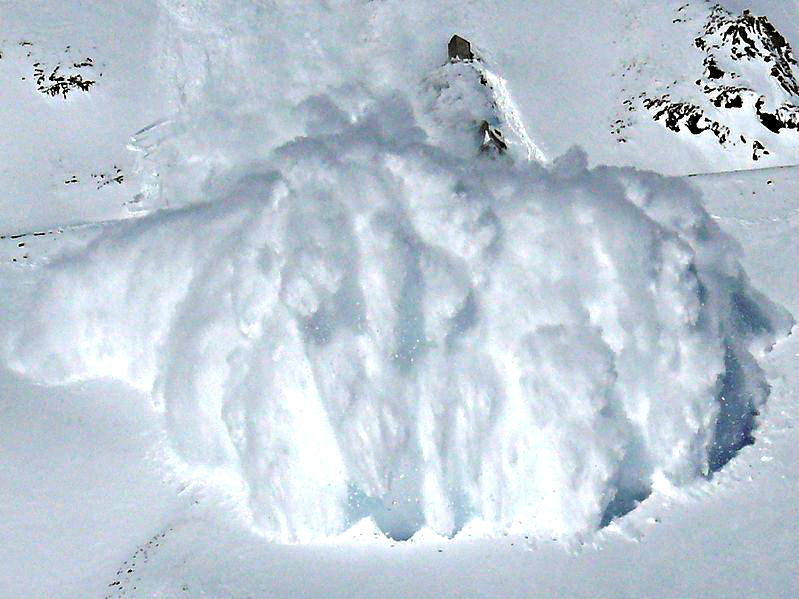 (Photo: Courtesy of Scientif38)A spring storm that has brought over a foot of snow to parts of Colorado is increasing the state's avalanche danger.

Ethan Greene of the Colorado Avalanche Information Center says that the new snow is landing on top of a thick hard pack of earlier snowfall. Strong winds can dislodge it and start avalanches. The danger may persist for several more weeks because much of the snow in the Rockies hasn't started to melt.

More than a foot of snow has fallen in some parts of Colorado's mountains since the storm began Sunday. Eight people have died in avalanches this year in the state.

The May snowstorm slowed travel and briefly disrupted power across the state.

Xcel Energy reported a handful of power outages in the Denver area, Boulder, Greeley and at a few locations in the mountains. Power has since been restored.

The heavy, wet snow that fell in the Denver area didn't stick much to streets but driving conditions were more difficult in the mountains.

Weather service meteorologist Kyle Fredin in Boulder says the weather pattern is typical for this time of year.

The spring storm appears to be to blame for at least one fatal crash in Colorado. Fifty-five year-old John Wacker of Gunnison died after a sport utility vehicle collided with his car on U.S. Highway 285 near Fairplay on Sunday. There was heavy snow and slush on the roads at the time. Wacker died after being taken to St. Anthony's Hospital.

Department of Transportation officials say plunging temperatures and heavy, wet snow created icy conditions and forced several closures along Interstate 70 west of Denver on Sunday afternoon. Multiple accidents were reported on the mountain corridor, frustrating skiers and snowboarders eager to get a few more runs in before the season ends. Authorities also closed parts of Interstate 25 because of several accidents Sunday afternoon.