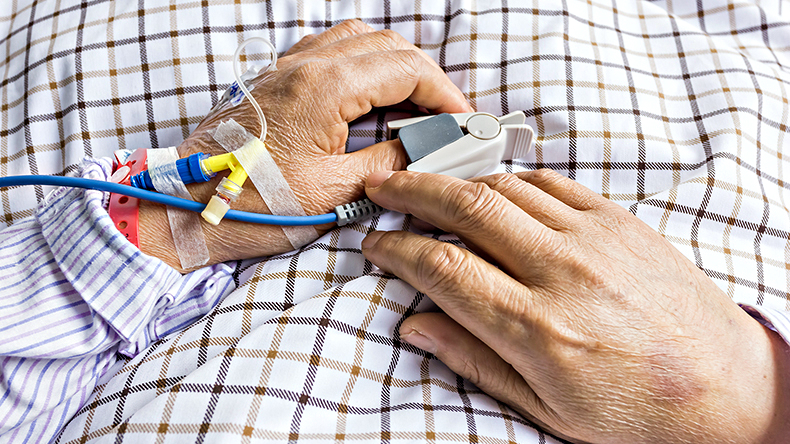 (Photo: Courtesy of Goldwater Institute)Colorado is expected to become the first state in the nation to allow terminally ill patients access to experimental medications that could save their lives, even if the drugs are not approved by the FDA.

Governor John Hickenlooper is scheduled to sign into law on Saturday the “Right To Try” legislation at a hospital in the Fort Collins area.

"This is an incredible day for Colorado," says Lucy Caldwell, communications director for the Arizona-based Goldwater Institute, which designed the legislation.

Caldwell says thousands of people will benefit from the new law.

"We have a lot of really amazing drugs that are currently in the testing phase and we know are safe, that these patients can't access," she says. "The FDA approval process is a long one. It takes over a decade and over $1 billion to get approval."

The drugs that will be made available under the new law have passed the first phase of FDA testing, which Caldwell says means they have checked out as safe.

She says the FDA hasn't made any comment on the state law but says her organization's legal department is ready if the federal government goes to court.

"We believe the ‘Right To Try Act’ gets at a really fundamental right that all Americans in all 50 states have," Caldwell says. "And that's the fund right to save their own lives. We believe this law is perfectly constitutional."

Polling by the Goldwater Institute found more than 80 percent of people in the U.S. support “Right To Try” legislation.

"In Colorado it was the same," Caldwell says. "We saw huge majorities of lawmakers supporting this law, Democrats and Republicans alike."

Terminally ill patients will sign an informed consent provision to gain access to the drugs. They will work with a doctor on a treatment plan.

It's unclear if health insurers will cover the cost but Caldwell says that shouldn't be a big hurdle.

"There are limits on how much a drug company can charge,” she says. “I think these drugs by and large are going to be pretty affordable.”

Similar bills are close to approval in Louisiana and Missouri. Arizona voters will decide the fate of a “Right To Try” proposal