The search for three men missing after a major mudslide in western Colorado has been suspended. Mesa County Sheriff Stan Hilkey says the area remains unstable and is dangerous for searchers to continue. The sheriff also says no sign of the men has been found.

“Our worst-case scenario is that we are unable to locate them,” Hilkey says. “We’ll do everything we can within reason of being safe but there is the likelihood they won’t be found.”

Hilkey says a few homes could be damaged if another slide occurs so authorities will continue watch the slide area. Some experts including a geologist are helping county officials monitor and investigate the slide. 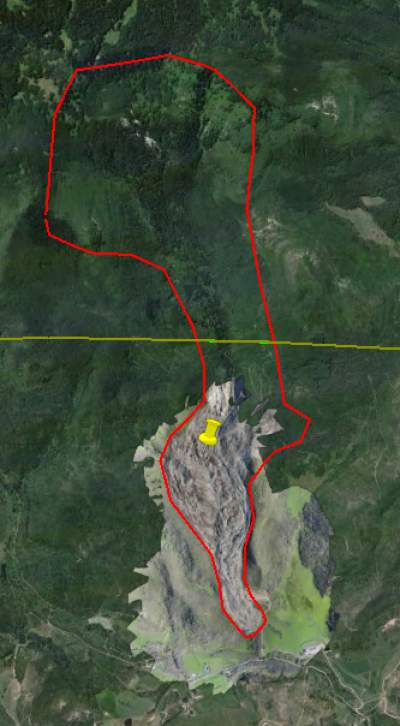 The men are believed to have been caught in a massive mudslide on Sunday that measures a about three miles long, half a mile wide and a few hundred feet deep.  Officials say the mudslide most likely was triggered by runoff from an area known as the Grand Mesa following two days of strong rain.

Fifty-one-year-old county road worker Clancy Nichols, his 24-year-old son Danny and 46-year-old Wesley Hawkins went with a pickup truck and an ATV to check on irrigation water that had been disrupted in an initial slide on Sunday. They were then apparently caught up in the massive slide.

The family of Wesley Hawkins issued a statement on Tuesday thanking the various agencies and organizations for their help. The statement also says Hawkins worked for the Collbran Conservancy District and was responsible for much of the water that flows through the Plateau Valley area.
"His responsibility to the community and its safety led him to the area that the slide occurred," the Hawkins family statement says. "He was concerned for other families and their homes should the water system be compromised."

The slide happened in a remote area near the town of Collbran located about 40 miles east of Grand Junction. The sheriff took an aerial tour of the slide Monday morning.

"It’s an understatement to say that it is massive," Sheriff Hilkey said on Monday. "It’s at least 2.5 to 3 miles long if not longer and half a mile wide in certain areas, and it’s incredibly deep and full of debris."

Officials also report that part of the slide has formed an area where water is collecting.

"We saw massive cracks in the hillsides that gives us an enormous amount of concern," Hilkey said. "There’s still a gigantic amount of dirt that looks unstable that could cause a secondary slide to come down on top of the first slide."

There were no structures in the area and even though much of the slide was on U.S. Forest Service land, it was not open to hikers.  So it is not likely that others were in the area at the time.

No major roads have been affected, but several gas wells have been shut down as a precaution.