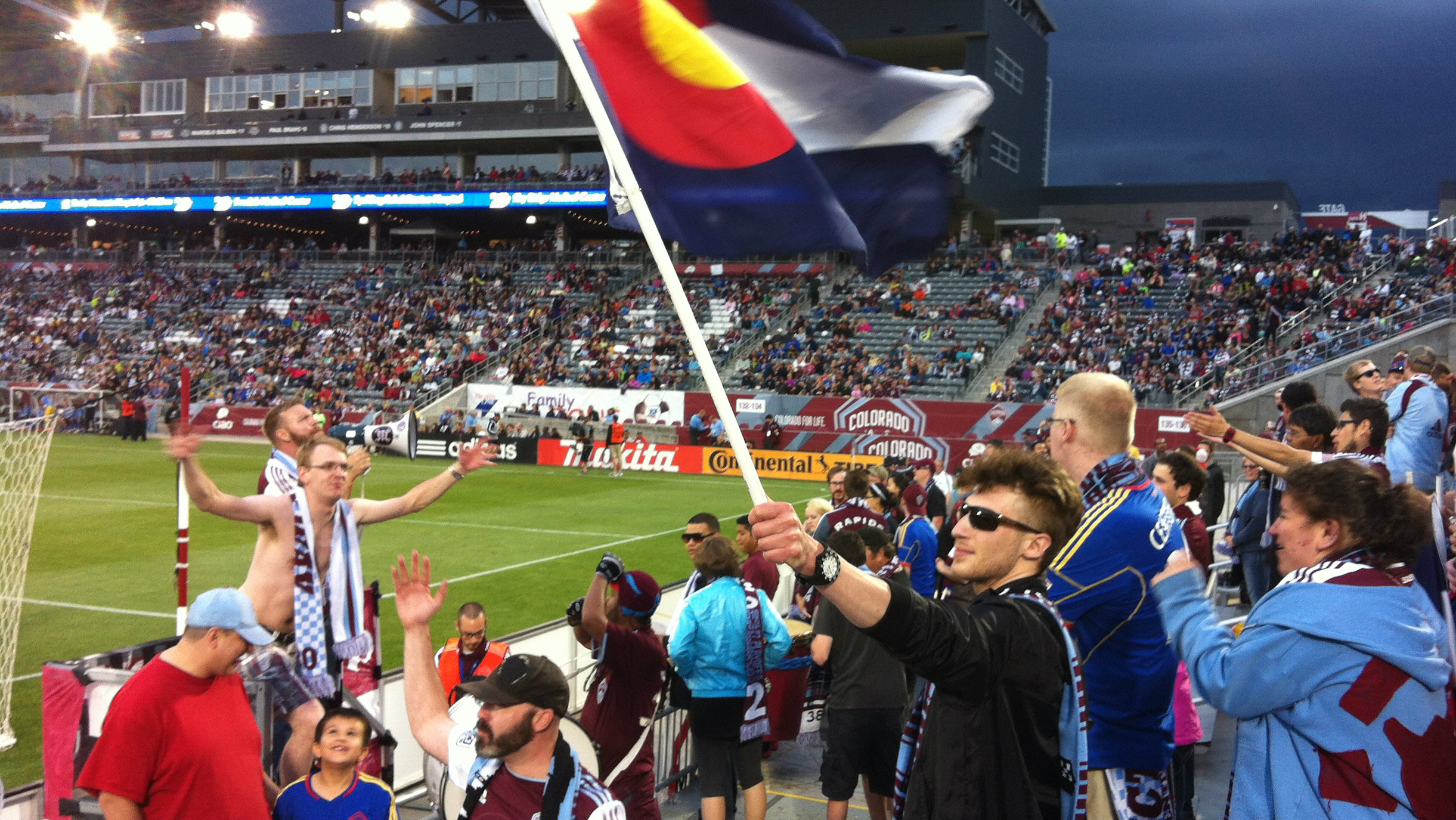 (Photo: CPR/Corey H. Jones)The 2014 World Cup gets underway in Brazil on June 14. But before a slew of cleated feet parade across the groomed grounds of Brazil’s Mineirão Stadium, Denver will show its enthusiasm for soccer with the city's first annual World Football Film Festival.

The festival is presented by the Denver Film Society and the Denver chapter of America SCORES, an organization which uses soccer as a tool to educate and inspire kids, and is produced in collaboration with Denver bar and restaurant Three Lions Pub and inner-city youth initiative Soccer Electric.

Running June 5-8 at the Sie FilmCenter in Denver, the festival will screen around 10 soccer-themed documentaries and feature films.

The CPR Arts Bureau met up with the hardcore soccer aficionados of Centennial 38 (C38), a group of more than a thousand supporters of Denver's Major League Soccer team, the Colorado Rapids, to get into the proper spirit for both the approaching film festival and the 2014 World Cup.

C38 super fans got amped up on their way to Dick’s Sporting Goods Park on Saturday, May 24. They shared two special Colorado-inspired football chants -- “Mountain Roads” and “Rapids Burgundy” -- which, respectively, are the fans' takes on John Denver’s “Take Me Home, Country Roads” and the Beatles’ “Yellow Submarine.”

These chants are arranged by "capos," the Italian word for "chief" or "captain."

Patrick Quinn is one of the C38 capos. He says the role can embody different things. But in the case of Colorado, the capos are the ones to bring the fans together and lead them in song.

“The idea is to create a large unified voice in the stadium that adds rhythm and atmosphere to the game,” Quinn says. “We do this to encourage the team, to express our passion for our club and community, and to hopefully help elevate the team's play on the field.”

Quinn says that the process of creating a chant is organic, and anyone in the supporters' section can start one. Most of the chants derive from pop songs or chants made popular by European soccer clubs.

David Wegner, a member of the C38 board, says an effective chant incorporates both wit and simplicity, making it catchy enough to inspire more participation and enthusiasm.

"In soccer, it's not just a reactive response like in most other sports where fans sit and wait for something to happen," Wegner says. "The cheering is proactive and reactive."