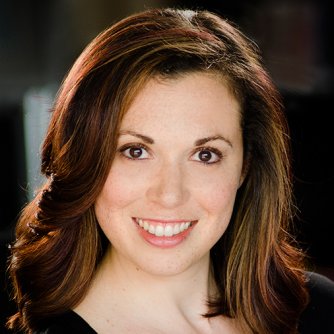 Stephanie was a professional ballet dancer who started at CPR in 2013 producing content focused on Colorado’s vibrant arts and culture scene.

Professional background:
Stephanie started at Colorado Public Radio in 2013 as a freelance reporter, producing content for CPR’s first full multi-media news bureau focused on arts and culture. With a background in professional dance, she contributed several reports on dance and performance art. She was instrumental in curating local dance companies, dancers and choreographers for the initial launch of “The Colorado Art Report,”which featured the “Radio Dances”series. In 2015, she joined CPR’s Colorado Matters team.Stephanie’s work as a freelance journalist has been featured in a number of local and national outlets, including Confluence Denver, Colorado Parent Magazine, The Indianapolis Star and the Lincoln Center for the Performing Arts.

Before landing at CPR, Stephanie worked as a digital producer at KDVR/KWGN Fox 31 Denver and Channel 2 News. She wrote feature articles and breaking news content, while also managing social media during a year-long stint with the network.

As a professional dancer, Stephanie has performed with Wonderbound, the Metropolitan Opera, James Sewell Ballet and the Minnesota Ballet, among several others. During her time at St. Mary’s College of California, she took part in a special program designed for participants to earn a college degree in conjunction with their performing career.

Why did you become a journalist?

I know it sounds cliché, but I love to share stories about what is happening in the world. I think this need for connectivity is what makes us human and I want to help facilitate this. My parents also love to talk about how I used to write stories as a kid on wide-ruled paper — sometimes with illustrations. I’m sure they have them stashed somewhere. So, I guess, I’ve always had an affinity for storytelling.

I actually thought I would end up in digital or print journalism. But, after helping spearhead and produce CPR’s “Radio Dances” project, I became hooked on radio. The experiment inspired me to think about journalism in different ways.

How did you end up at CPR?
I began working with CPR’s Arts Bureau in November, 2013 as a freelancer, specifically reporting on the Colorado dance scene. Shortly after the live “Radio Dances” event in early 2014, I began to contribute more content for both online and on air. Over time, my workload continued to grow and diversify until CPR invited me to stay on long-term. Now, I’m part of an amazing team of journalists that challenge me everyday to be better at what I do.