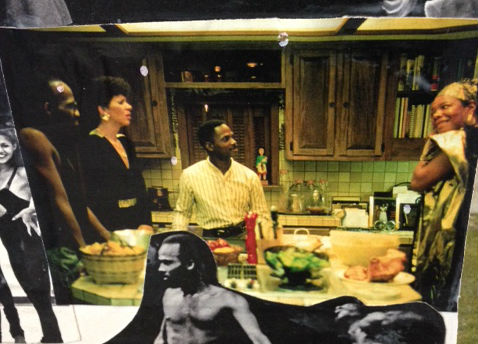 (Photo: Courtesy of Cleo Parker Robinson Dance Ensemble)Maya Angelou passed away at the age of 86 on Wednesday in her home in Winston-Salem, N.C.

Most people don’t know that the famous author was also a talented dancer who worked with renowned American choreographer Alvin Ailey.

Angelou also has a creative connection to Colorado.

Denver choreographer Cleo Parker Robinson was a close friend of Angelou’s. In 1981, Angelou reached out to Robinson when looking for a partner to collaborate on a dance piece.

Robinson says the two shared an incredible synergy right from the start. Their first production together, “The Lush Life” at the Arvada Center in 1982, marked the beginning of a long-lasting collaboration and friendship.

Even before the two met, Robinson says they were admirers of each other’s work. Robinson's company,  the Cleo Parker Robinson Dance Ensemble, had been creating dances to Angelou’s poetry since the choreographer founded her company in Denver in 1970.

“We had an extraordinary sisterhood,” Robinson says. “She loved everyone. Her heart was huge.”

Two of Angelou’s poems that are particularly poignant for Robinson are "Phenomenal Woman" from the collection "And Still I Rise," published in 1978.

“So many kids in junior high, from all backgrounds, love that poem because it gives them such hope and strength,” Robinson says. “Even in saying the poem, there is a transformation that takes place.”

For Angelou, words had the power to transform.

“She was very clear that we should discriminate the words that we use and choose words properly because they have a tremendous effect to either uplift someone or make them feel belittled,” Robinson says.

And although Angelou has passed, the Denver choreographer says that her words are immortal and will continue to impact others.

Pretty women wonder where my secret lies.
I'm not cute or built to suit a fashion model's size
But when I start to tell them,
They think I'm telling lies.
I say,
It's in the reach of my arms
The span of my hips,
The stride of my step,
The curl of my lips.
I'm a woman
Phenomenally.
Phenomenal woman,
That's me.

Tune into CPR to hear Cleo Parker Robinson share memories of Maya Angelou during the Colorado Art Report on Friday, May 30, at 10:30 a.m. and 7:30 p.m. or listen online at any time.