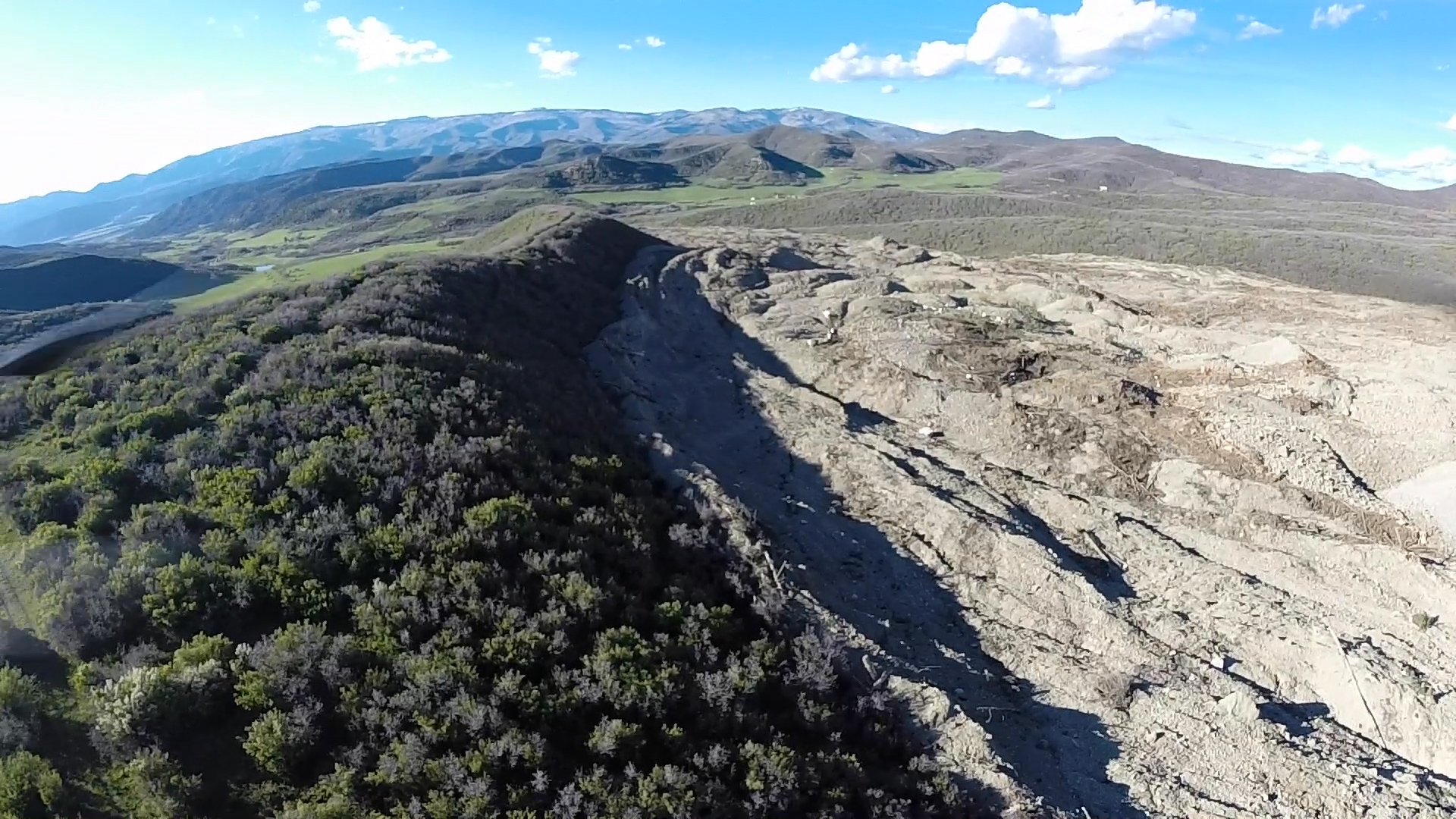 (Photo: Courtesy of the Mesa County Sheriff's Office)Authorities and scientists are figuring out how to monitor movements that could signal another mudslide near Collbran.

Right now, helicopter flights and real-time cameras are helping keep an eye on the situation.

At a town hall meeting Thursday evening, Jeff Coe of the U.S. Geological Survey suggested putting a GPS receiver on the site to send information to a remote server. The Daily Sentinel reports that Coe said there are three or four rockfalls an hour at the site.

In his opening comments, Mesa Country Sheriff Stan Hilkey told residents that the state and county were putting many resources behind trying to solve the problem.  Geologists, engineers and the Office of Emergency Management are all working on it.  Also operating under the incident command are the Colorado Forest Service, the U.S. Forest Service, the Plateau Valley Fire Department, hydrologists, the City of Grand Junction notification system, the Colorado National Guard from Eagle, the Colorado State Patrol airplane and the Town of Collbran.

“Essentially, we are trying to outguess the mountain," Sheriff Hilkey said.

Hilkey went on to say that the big problem now is for scientist to gather data about what is happening with the slide at this point.  It's very unstable and with water spilling in behind it, there are many uncertainties.

Officials are also working on setting up an alert system connected to a reverse 911 to tell locals when to evacuate if the slide becomes dangerous again. Police car and fire department sirens could be used to warn residents about another slide and locals were told that if warned to evacuate, they should move to higher ground by foot and not by car.

Sheriff Hilkey opened the floor up to questions after making his initials statements.

The first question from the crowd concerned the size of the small lake that's forming at the top of the slide.  The best estimate puts the area at about 7 acre feet, or roughly 200 feet by 200 feet.  It also measures between 5-7 feet deep.

When asked if there is a way to let the water out, officials said it’s difficult to appreciate how huge the block of dirt is and how difficult it is to break down the dirt.  At this point, officials say letting out the water is not the best approach.

Residents also wondered about how a water event would factor into this situation.  Officials said that if another slide happens, the water will escape.  Although the pool is not particularly large, there is water somewhere in that mass of dirt and debris. So if another slide were to come down, the water will head toward the Plateau Creek, which is already full.

In the meantime, the town is preparing sand bags.  If the predictions show that flooding could occur, sand bags would be made available.