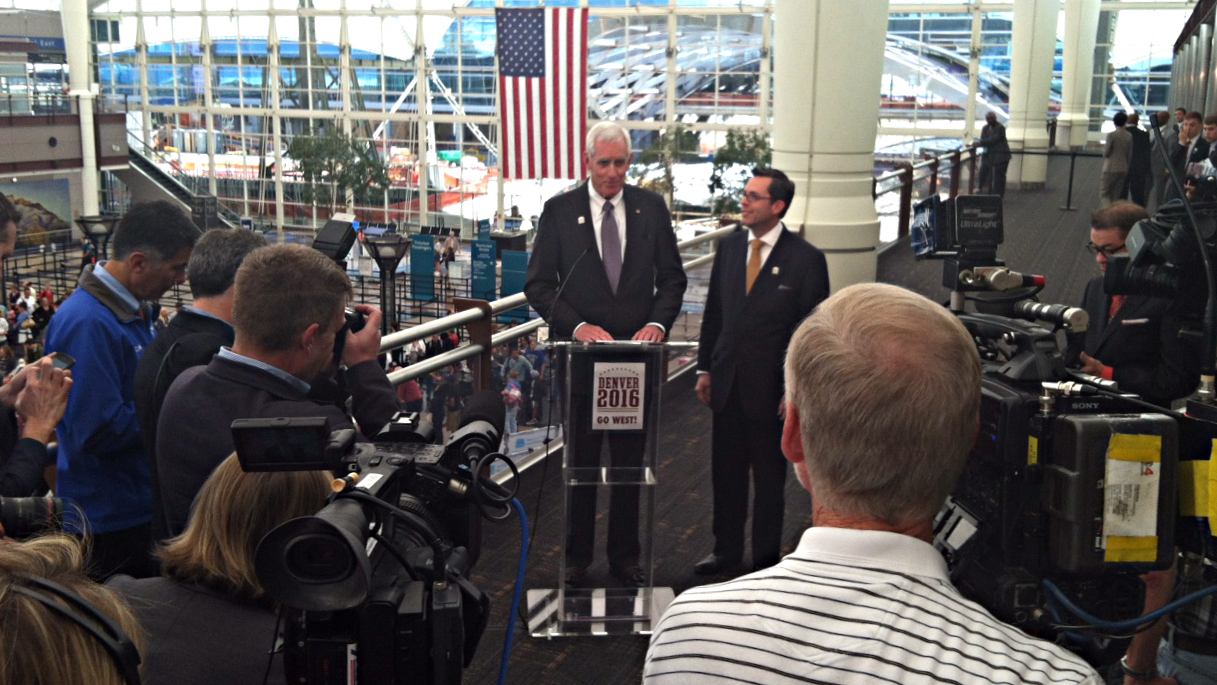 (Photo: CPR/Pat Mack)State Republican leaders are rolling out the red carpet for the site selection committee members visiting Denver and sizing it up as a possible site of their national convention in 2016.

The welcome will include being greeted by Thunder, the mascot of the Denver Broncos.

But for the most part, Denver bid committee chairman Pete Coors says he's forsaking "razzle-dazzle" to get down to business, show off what Denver has to offer.

While Colorado is expected to again be a battleground state in the next presidential election, Coors doesn't think that will be a major advantage for Denver over the other three remaining convention sites: Cleveland, Kansas City or Dallas.

"Politics, although it may be in the mix in terms of their decision making, that’s not why they’re here," Coors says.

Transportation could be another strength. State party leaders held their news conference at Denver International Airport.

By the convention, the airport should be connected to downtown Denver by rail. That construction caught the eye of the national party visiting committee members.

"Every single one of them wanted to see the progress being made," Call says.

Call also says he doesn't think marijuana legalization will hurt Denver's bid because pot could be legal in several more places by 2016.

"We actually think that will be one of our strengths because we’ll be able to highlight how we’re regulating that in a responsible way," Call says. "We have not felt that has been a big challenge for our bid or for the RNC. The RNC has not expressed major concerns about that."

The national site selection committee also is conducting online voting as part of its process.