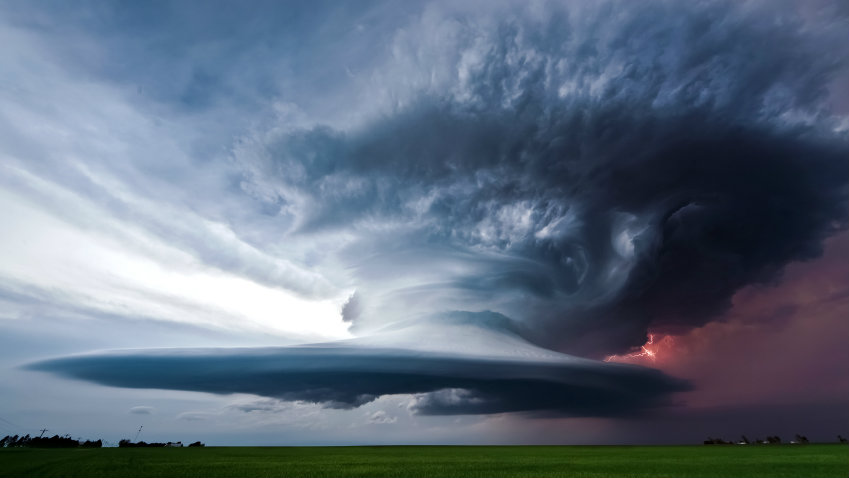 Several tornadoes touched down Sunday as a line of severe thunderstorms swept Colorado, with one of the twisters hitting near a junior golf tournament in Aurora and injuring a caddy.

Six of the tornadoes struck in northeast Colorado, while two others hit in Park County near Fairplay and Lake George. A Park County spokeswoman said tornadoes there are "very unusual."

The South Park Ranger District said in a statement that Sunday’s tornado in Park County impacted about 50 acres of Forest Service Land and damaged several homes in Lake George. No injuries were reported.

The Aurora Fire Department says a tornado touched down near the Blackstone Country Club southeast of Denver on Sunday, causing one minor injury and flipping an empty trailer.

Here are some photos of Sunday's extreme weather captured by local residents and media organizations:

Lots of people seeing the tornadoes in Park and Teller County this afternoon. Impressive! #cowx pic.twitter.com/APNA3zRMME

The Associated Press contributed to this story.