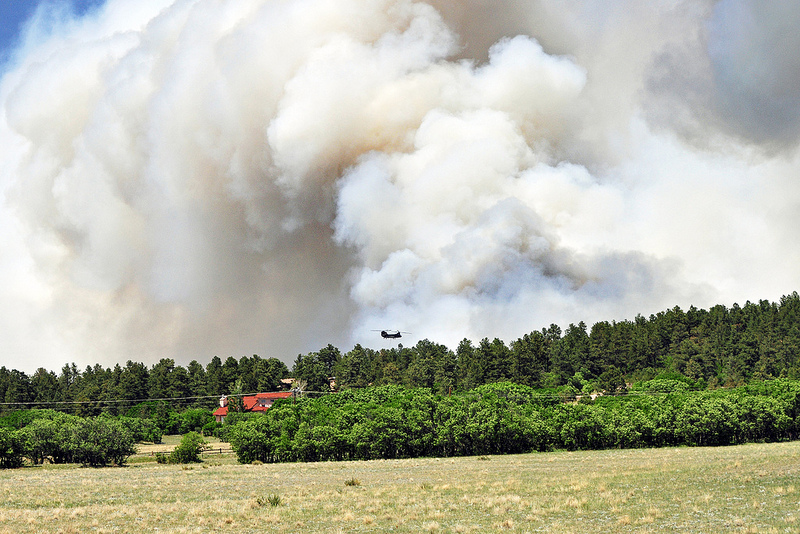 (Photo: CPR/Eric Whitney)A year-long analysis of the response to the Black Forest Fire reveals some areas for improvement.

Maketa praised the efforts of fire fighting aircraft, but said another type of air support came up short.

“One of the areas that we feel we lacked in was the reconnaissance,” Maketa said. “The actual eyes up in the sky telling us the different directions and the movements of the fire.”

The sheriff said that in the year since the Black Forest fire, El Paso County has almost doubled the size of its wildfire team and issued new gear to keep deputies safe at fire scenes.

Maketa said the exact cause of the fire is still undetermined but many possible causes have been ruled out including smoking, a campfire and a train.

Investigators previously said the fire was human-caused, but Maketa has said there is no evidence it was intentionally set.

Once the U.S. Forest Service finalizes its report on the fire, the sheriff’s office's findings will be turned over to prosecutors to determine if criminal charges are warranted.

The Black Forest Fire started a year ago this week. It destroyed nearly 500 houses and killed two people north of Colorado Springs.