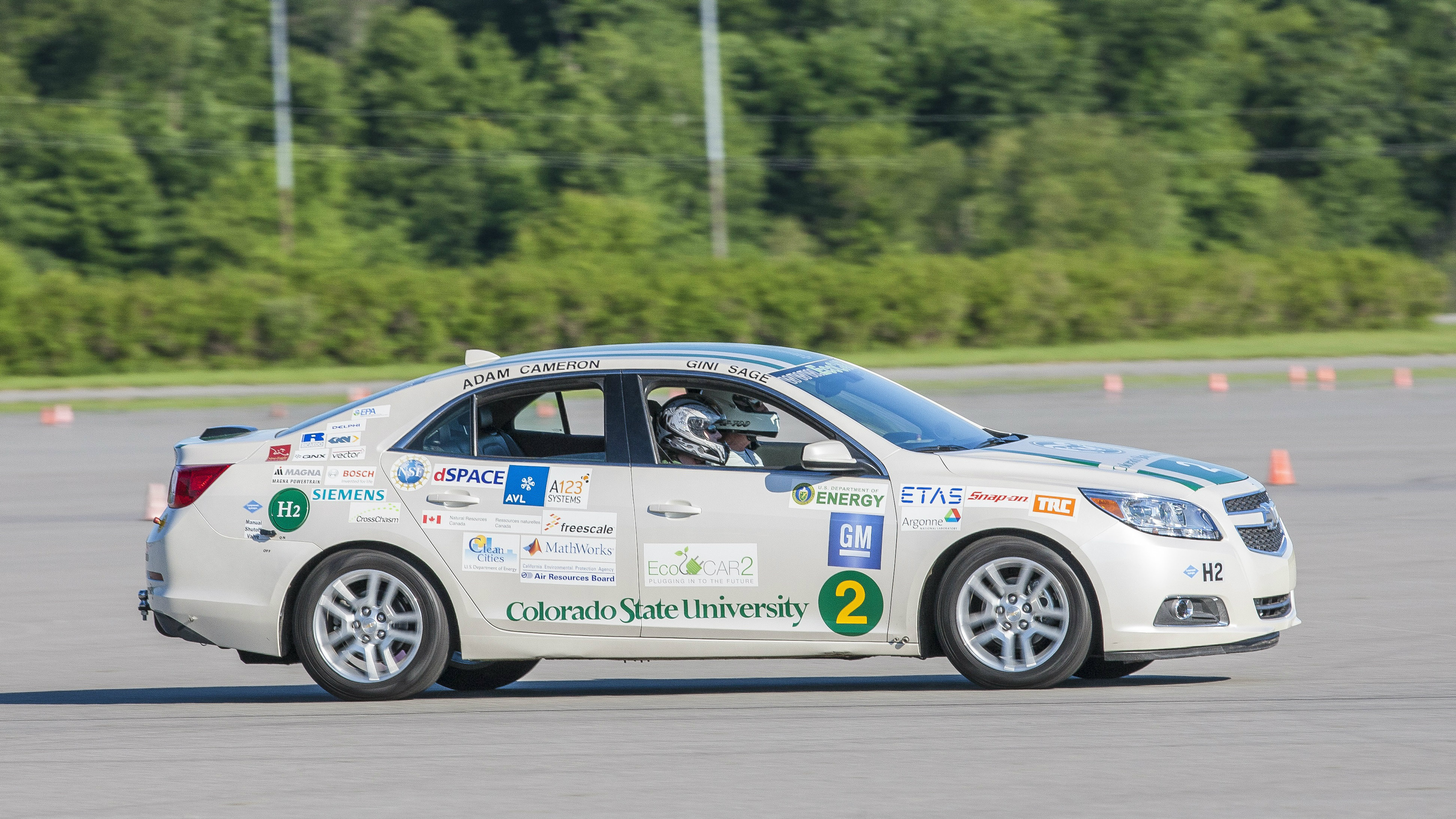 (Photo: courtesy of Advanced Vehicle Technology Competitions)Colorado State University students are competing against teams from other colleges around the country in a three-year effort to re-engineer a Chevrolet Malibu to reduce its environmental impact.   The EcoCar 2 competition was created by the U.S. Department of Energy and GM.

The teams are wrapping up their final week, road testing their cars at the GM Milford Proving Grounds in Michigan.

"The goal is to get hydrogen out there, to show the public that hydrogen fuel cells and  fuel cell technology is definitely a practical application and it's realistic in the future," Nelson says.

He says the team created a zero-emissions car.

Who got the first test-drive?  Graduate students who have spent three years working on the project.

The winner is expected to be announced Thursday night.