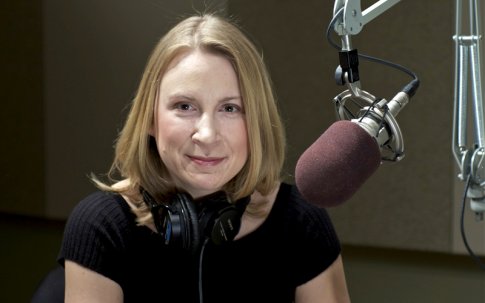 Education:Bachelor's degree in mass communication, Illinois State University; Master's degree in public affairs reporting, University of Illinois at Springfield.Professional background:Anna joined Colorado Public Radio as a producer for Colorado Matters in 2006, after spending time in Washington D.C. and Mongolia as a fellow with the International Reporting Project. Her stories have aired on NPR programs including "Morning Edition," "All Things Considered" and "Weekend Edition."Before coming to Colorado, Anna was a reporter and anchor for WUWM, Milwaukee Public Radio. She covered the state legislature for Illinois Public Radio while completing her Master's degree.Awards:Anna has won awards for her reporting from the Associated Press, Public Radio News Directors Incorporated, Northwest Broadcast News Association and Wisconsin Broadcasters Association. She was named the Milwaukee Press Club's Radio Journalist of the Year in 2005.Q & AWhy I became a journalist:I enjoy storytelling. I feel journalism is about getting to the truth by being open to various viewpoints, shedding judgment, and being willing to listen. For me, it's about helping foster connections between people, and helping people understand complex situations.Why I got into radio:Growing up, my family didn't know about public radio, so I first discovered NPR during my junior year of college. My roommate and I listened to jazz at night while doing our homework, and in the morning one day I turned the radio on and found “Morning Edition” on the same station. I realized that the thoughtful, in-depth reporting I heard on public radio was the kind of work I wanted to do. Plus – there's not enough hair product in the world that would give me a good enough 'do for TV (I tried).How I ended up at CPR:Like many people from the Midwest who end up in Colorado, I decided I wanted to live here after a few visits to hike, camp and ski. I was happy to see a news producer position open up at Colorado Public Radio, and after a year of working on Colorado Matters, I began hosting "All Things Considered" and producing feature reports. My skiing has improved, but I still look goofy attempting moguls.