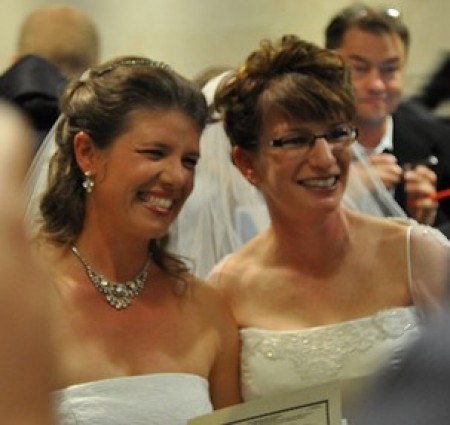 (Photo: CPR/Anna Panoka)Two lawsuits challenging the constitutionality of Colorado's gay marriage ban are scheduled to be heard in court today.

Fifteen state bans against gay marriage have been struck down since the United States Supreme Court last year ruled that the federal government had to recognize gay marriages ratified in states.

The U.S. 10th Circuit Court of Appeals in Denver is considering the appeals of two of those cases.

Monday's hearing is yet another legal attack on gay marriage bans in Colorado, this time in state court.

The first lawsuit involves an Adams County same-sex couple who sued last year after they were refused a marriage certificate.

The second involves eight other couples who sued earlier this year to overturn the state's voter-approved gay marriage ban.

The two cases have been consolidated and will be heard together.