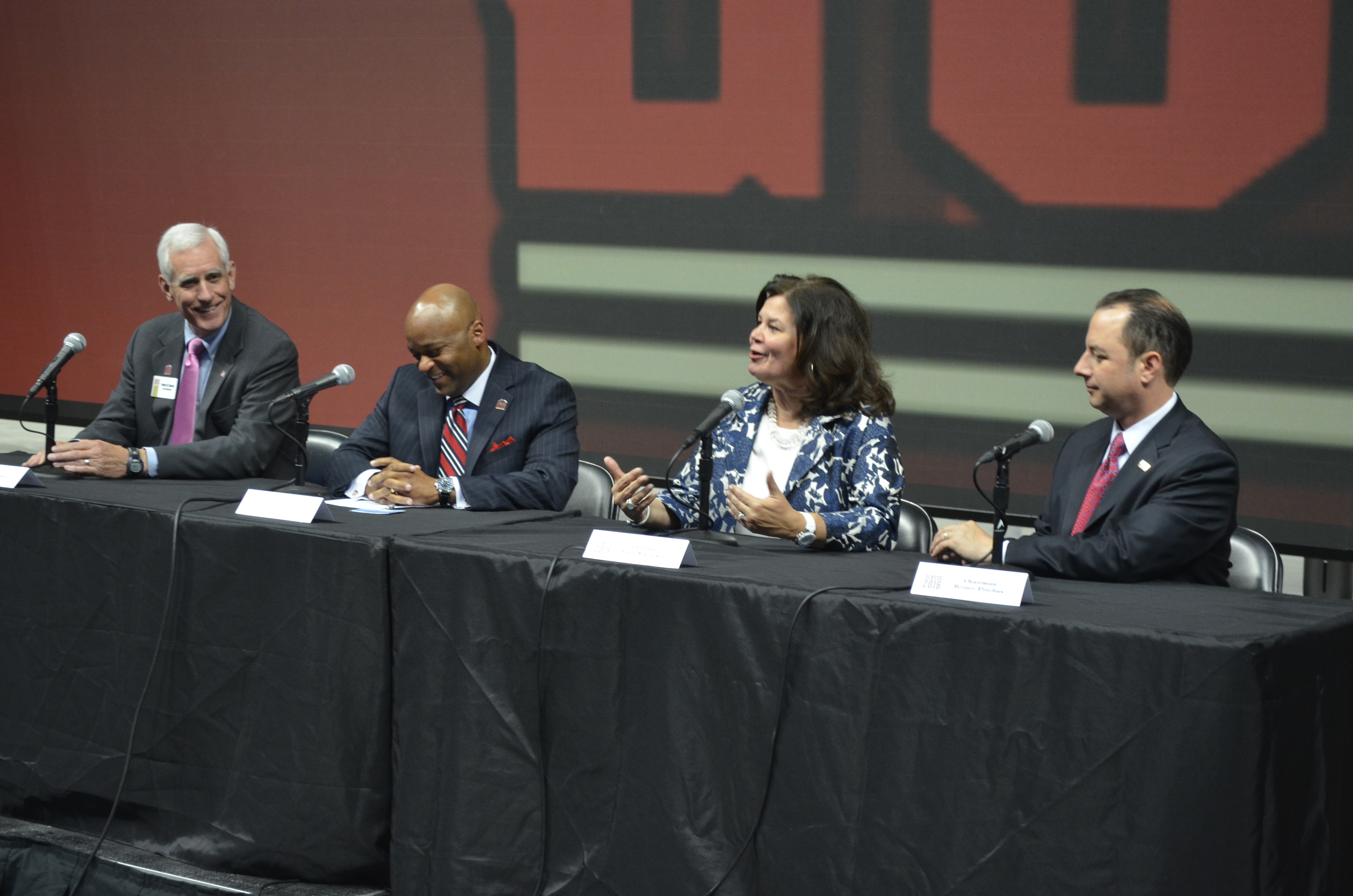 (Photo: CPR/Pat Mack)Denver is out of the running to host the 2016 Republican National Convention.

The finalists are Cleveland and Dallas. Kansas City also was dropped from consideration.

Dallas plans to use $25 million in public money, while Cleveland is using $10 million to help pay for the convention, which could cost at least $60 million.

Denver's host committee vowed to raise all of its funding privately.

Politically, Cleveland, like Denver, is a tossup state in presidential politics, but Ohio has 18 electoral votes, twice as many as Colorado.

After a meeting of the site selection committee Wednesday, Chairwoman Enid Mickelsen issued the following statement:

“After extensive review the site selection committee has chosen Cleveland and Dallas as finalists for the 2016 convention.  Cleveland and Dallas demonstrated their ability to host a phenomenal convention in 2016, and the RNC is excited about the prospect of hosting our convention in either of these great cities. After visiting both cities, I can say to my fellow Republicans that we should be excited for the 2016 convention. These world class cities know how to roll out the welcome mat, and more importantly they have the ability to provide our next presidential nominee a launching pad that will put a Republican in the White House in 2016.

“The committee extends our sincere thanks and gratitude to Denver and Kansas City  for their hard work and dedication to this effort.  Both teams should be proud of their work. They were great ambassadors for their cities, and we felt fortunate to visit and get to know them. This was a tough decision for our committee because all four of these cities made excellent bids.

“As we move closer to choosing a host for our convention, I’m more confident than ever that we’ll have an outstanding partner to showcase our Party and our Republican nominee in 2016.”

The chair of the Denver host committee, Pete Coors, released the following statement after the decision was announced:

“While we’re thrilled to have made it this far, we are disappointed with today’s decision.  Denver has the amenities, the community, the political climate and a proven track record that would have made it the perfect place to host the 2016 Republican National Convention.

“We also had a wonderful and diverse coalition of business, government and civic leaders who worked tirelessly to highlight what makes Denver great, and Colorado the best state in the Union.  We especially want to take a moment to thank Denver Mayor Michael Hancock, Gov. John Hickenlooper and our entire host committee for going above and beyond to help our bid.

“Our congratulations go to Cleveland and Dallas as they enter the final round of negotiations.”