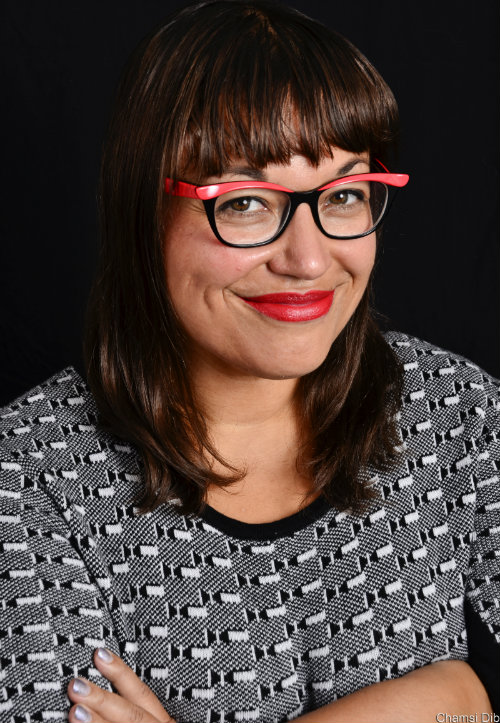 (Photo: Courtesy of Chamsi Dib)Ange-Aimée Woods grew up listening to public radio and later dedicated much of her professional life to public broadcasting.

Woods arrived in Denver from Montreal in October 2013 after a decade of working as a researcher, reporter, host and producer for CBC Radio One.

“I never expected to leave my comfortable, permanent position with Canada’s public broadcaster,” Woods wrote in her biography for CPR. “But when a friend passed the job listing for the arts reporter position in the new multimedia arts bureau at CPR, a position that is in every way my dream job, I jumped at the opportunity.” 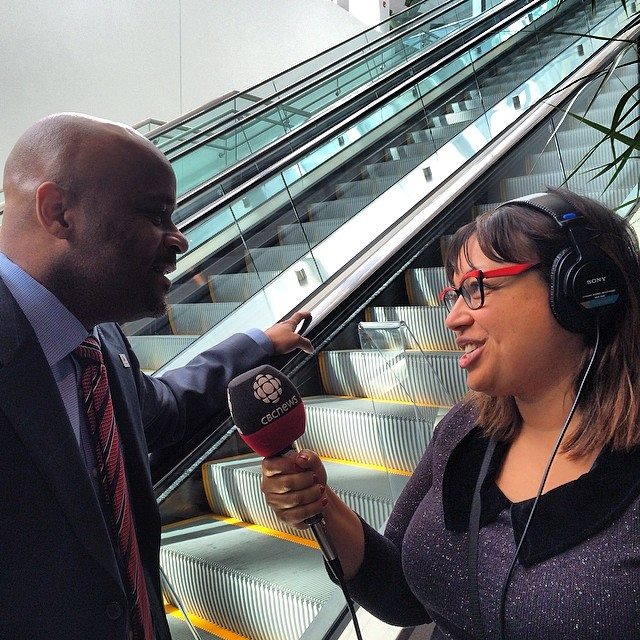 (Photo: CPR/Ange-Aimée Woods)The daughter of an American father and French-Canadian mother, Woods – who held dual-citizenship – graduated from high school in Tacoma, Washington. She then moved to Canada, where she earned a bachelor of fine arts degree in cinema and graduate degrees in journalism and communication from Concordia University.

“I was always that one kid in the class who always had her hand raised with a question and answer for everything,” Woods wrote. “I feel most at home in a newsroom because I am surrounded by people who were also ‘that kid.’”

An internship with the Canadian Broadcasting Corporation during her graduate studies later led to her first job with the CBC.

As CPR’s first arts reporter, Woods covered a variety of organizations and topics. 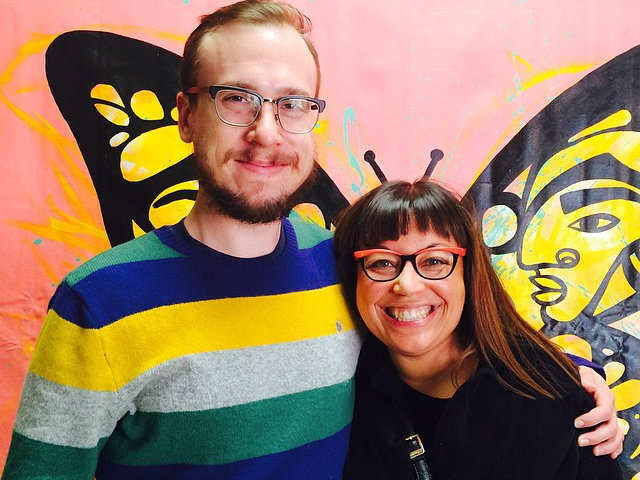 After making a mark on Colorado’s arts community, Woods returned to Montreal in April for health reasons.

“In her short time in Denver, Ange-Aimée reported thoughtfully on the Colorado Symphony and the arts in our community,” Colorado Symphony public relations manager Laura Bond says. “She was a young and talented person who was clearly loved by friends and family.”

Please share your memories of Ange-Aimée Woods and her work by emailing arts@cpr.org.