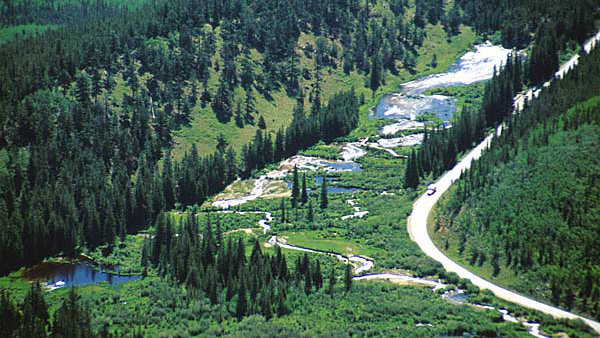 Lightning is blamed for the deaths of two visitors at Rocky Mountain National Park on consecutive days.

Park spokeswoman Kyle Patterson says officials were notified late Saturday afternoon of four people being struck by lightning near Trail Ridge Road. The four were rushed to a hospital, but 52-year-old Gregory Cardwell, of Scottsbluff, Nebraska, died of his injures.

On Friday afternoon, park officials said lightning killed one woman and injured seven other people. That also occurred near Trail Ridge, which is the nation's highest continuously paved road.

Patterson says they are the park's first lightning fatalities since 2000.