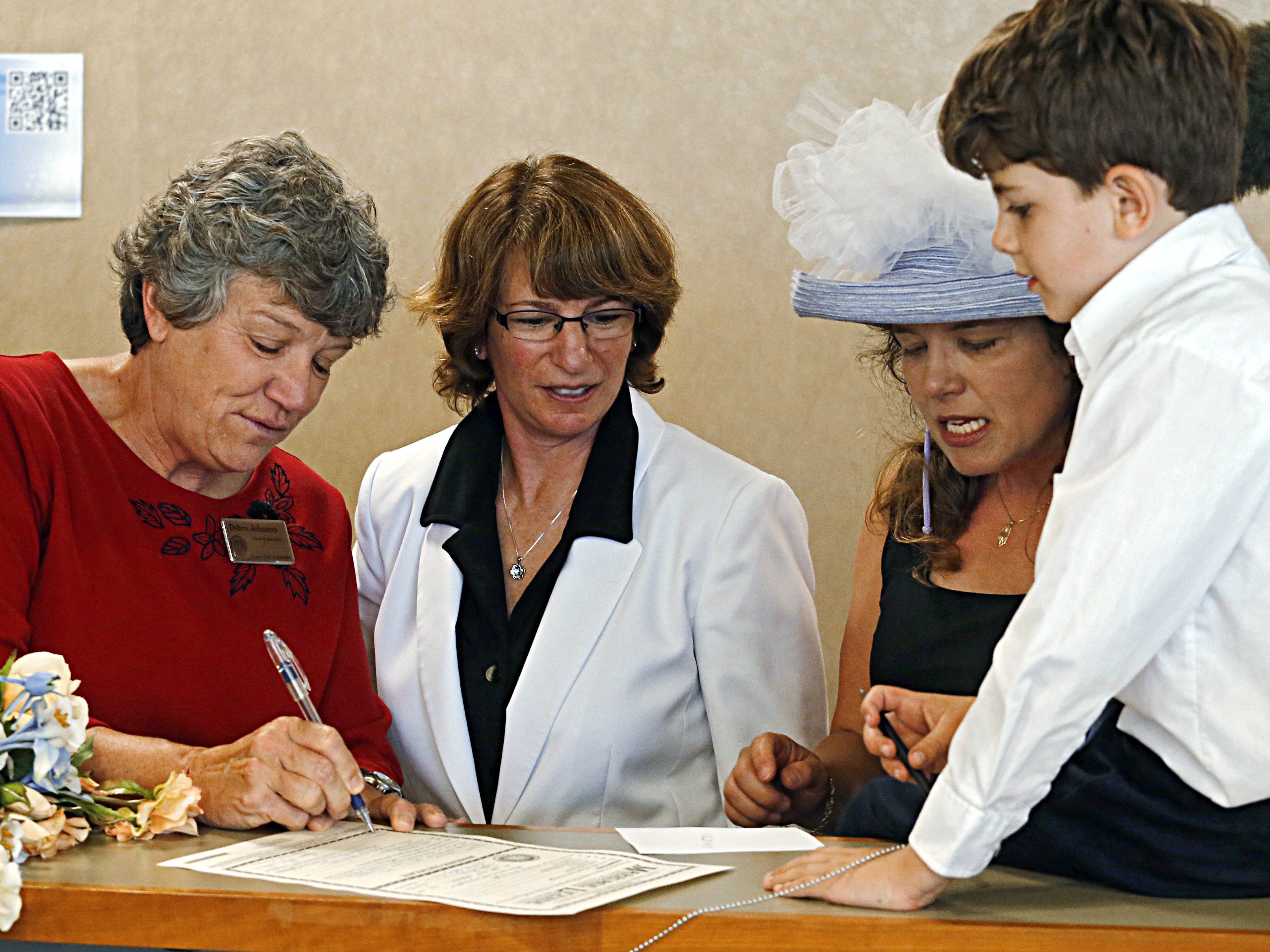 Colorado's Supreme Court on Friday ordered the Denver County clerk to stop issuing marriage licenses to gay couples while the state's ban against the unions remains in place.

The two-page ruling noted that a judge who earlier this month ruled the ban was unconstitutional put his decision on hold until it was appealed, meaning the definition of marriage approved by Colorado voters in 2006, as between one man and one woman, remains active.

Denver Clerk & Recorder Debra Johnson is one of three county clerks in Colorado who began issuing licenses to same-sex couples recently after a string of legal victories for gay marriage in the state. On Friday she tweeted:

The decision may not stop two other county clerks from continuing to issue marriage licenses to gay couples, or provide the sort of statewide certainty that Attorney General John Suthers sought when he asked the top court for an emergency order.

Several other county clerks also asked the high court for guidance on whether they can recognize gay marriages now. The court's decision only named Johnson and a clerk in another county who hasn't issued licenses because they were part of the lawsuit on the constitutionality of the state ban.

Suthers is also appealing that ruling to the state Supreme Court, a process that will take months.

Nancy Leong, a law professor at the University of Denver, said the ruling does not force clerks in Boulder or Pueblo counties to stop issuing licenses. "The court can only do what the plaintiffs ask them, and these plaintiffs only asked them to stay Denver/Adams," she said.

In a statement Friday afternoon, Suthers said: "The message should be clear enough. We assume that all the state's clerks will heed the Supreme Court's direction without requiring more wasteful litigation."

Clerks in Boulder and Pueblo did not immediately respond to requests for comment. A Republican, Suthers has acknowledged that gay marriage will eventually be legal in Colorado but says he has an obligation to defend the state's laws all the way to the high court.