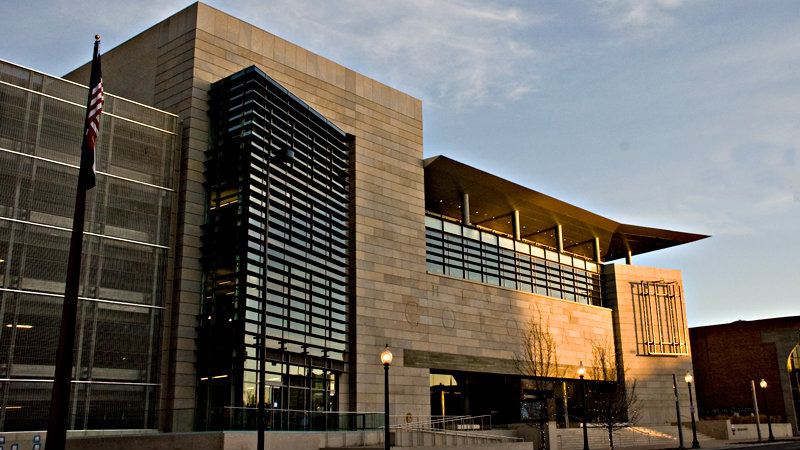 With its $17 million price tag, the restoration of the glittering roof of the Colorado statehouse is one factor that’s contributed to the major drop in funding for historic preservation projects across Colorado.

A state audit released this week revealed that legislation rerouted millions of dollars from the State Historical Fund to Denver-based projects like the Capitol dome restoration and the construction of the $110.8 million History Colorado Center that opened in 2012.

Both a state agency under the Department of Higher Education and also a charitable organization, History Colorado maintains museums and historical sites throughout Colorado.

However, as the audit indicates, History Colorado's portion of the State Historical Fund made available for grants has declined significantly since 2003:

Based on our analysis of data from the Fiscal Years 2000 through 2014, the amounts available from the State Historical Fund for grants have been reduced ... from approximately 95 percent to as low as 21 percent due to the (legislative) uses of these funds.

History Colorado president and CEO Ed Nichols says that the organization made 120 grants for historic preservation in fiscal year 2014, totalling  more than $8.8 million.

Nichols says he expects that amount to increase, but isn't ready yet to reveal the extent to which grant-giving will grow. Nichols says a forthcoming report will indicate specifics.

"The grant pool will be larger than it was during the time that the funding was going to the dome, for example," Nichols says. "As we look forward to having more funding available through the State Historic Fund, we are looking at more opportunities to help communities across the state."
Funding for restoration projects in Colorado also comes from state tax revenue generated by gaming activity in Black Hawk, Central City, and Cripple Creek. As such, grant funding levels are also subject to what people are spending at the casinos, Nichols says.

As reported Tuesday, the audit also questioned some of History Colorado's credit card use. Expenses classified as "official functions" increased steadily over the last five years, but auditors determined that many of the official function purchases were for individual coffees or lunches.

Nichols says History Colorado has already implemented measures that will help address the accounting issues, like adding a new controller who will work on developing new procedures and training.

"There was no malfeasance brought up, there was no intent of fraud," Nichols says. "These findings will help us in terms of directing how we do the work we do."

While the organization didn't receive any of the $22,403 it requested to renovate a Silverton Northern Railroad Depot oil shed, SJCHS chairmain Beverly Rich does expect to receive funding to obtain survey and planning documents required for future construction of its historic Mayflower Mining Mill. The society requested $41,990.

Rich says that organizations like hers have felt the impact as the portion of the State Historical Fund dedicated to statewide projects has declined.

"We have been quite successful with the State Historical Fund in the past 15 years to the tune of millions of dollars," Rich says. "But budgets have gotten smaller and money is not so easy to come by."

Rich says that another significant issue facing the managers of preservation projects is that History Colorado requires grant recipients to match a certain percentage -- typically 25 percent for non-profit organizations -- of what is awarded by History Colorado.

"The match money is so much more difficult to find because so many programs at the federal level, like Save America's Treasures and the Scenic Byways Program, have been cut or gutted to the point where there is little money to give," Rich says. "I think people are still going to apply, but they're just going to have to get more creative and they might not be able to apply for as much."

Rich adds that Colorado benefits from local organizations like the Boettcher Foundation and the El Pomar Foundation that support community development efforts.

And while funding to maintain historical landmarks continues to dwindle around the country, Donaldson says projects have also stalled because of an increase in bureaucracy around administering funds. Plus, he says, there’s been a rise in grant applications.

“The process is becoming more complex because the State Historic Preservation Offices do not have the resources in order to do their job as expected in terms of compliance with federal regulations,” Donaldson says.

The ACHP is actively supportive of proposed legislation that aims to streamline the funding process. Part of this effort includes the digitization of records and inventories -- a significant hurdle, Donaldson says. He adds that Colorado is also at the forefront in terms of its own digitization efforts.

To date, History Colorado has awarded more than $260 million in competitive grants to all 64 counties across the state. And as the organization looks ahead after implementing its new accounting measures, CEO Nichols says both the digitization of records and educational outreach are top priorites.