Key to Hickenlooper's proposal was U.S. Rep. Jared Polis , a Democrat, who had financially backed two of the measures seeking limits on drilling. On Monday, he agreed to ask organizers to drop the anti-fracking initiatives.

In return, state Rep. Frank McNulty,  and state Rep. Jerry Sonnenberg will drop their pro-drilling measures from the ballot.

"This is an exciting turn of events," McNulty said in a statement Monday.

In place of the ballot measures, Hickenlooper announced his intention to create a task force that will issue recommendations to Legislature aimed at minimizing land-use conflicts. The 18-member task-force will include oil and gas industry, ag industry, local governments, and civil leaders.

"This proposal will put the matter in the hands of a balanced group of thoughtful community leaders, business representatives and citizens who can advise the legislature and the executive branch on the best path forward," Hickenlooper said. 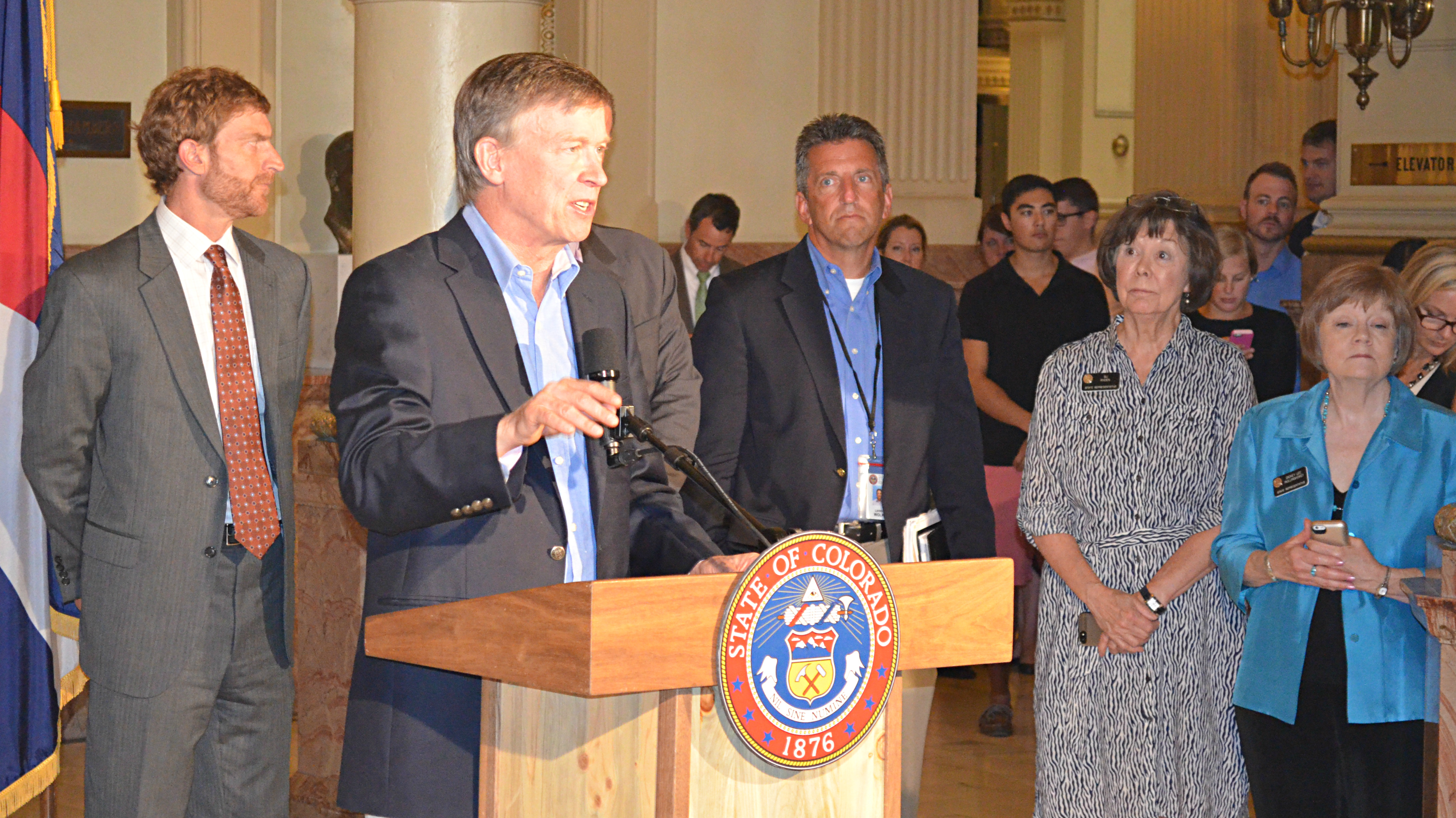 "This deal — which averts a divisive and counterproductive ballot fight over one-size-fits-all restrictions — is welcome news and underscores how all of Colorado benefits when we find common ground," Udall said.

Hickenlooper also announced he's asked state officials to drop a lawsuit against the city of Longmont, which had enacted a ban on fracking in 2012.