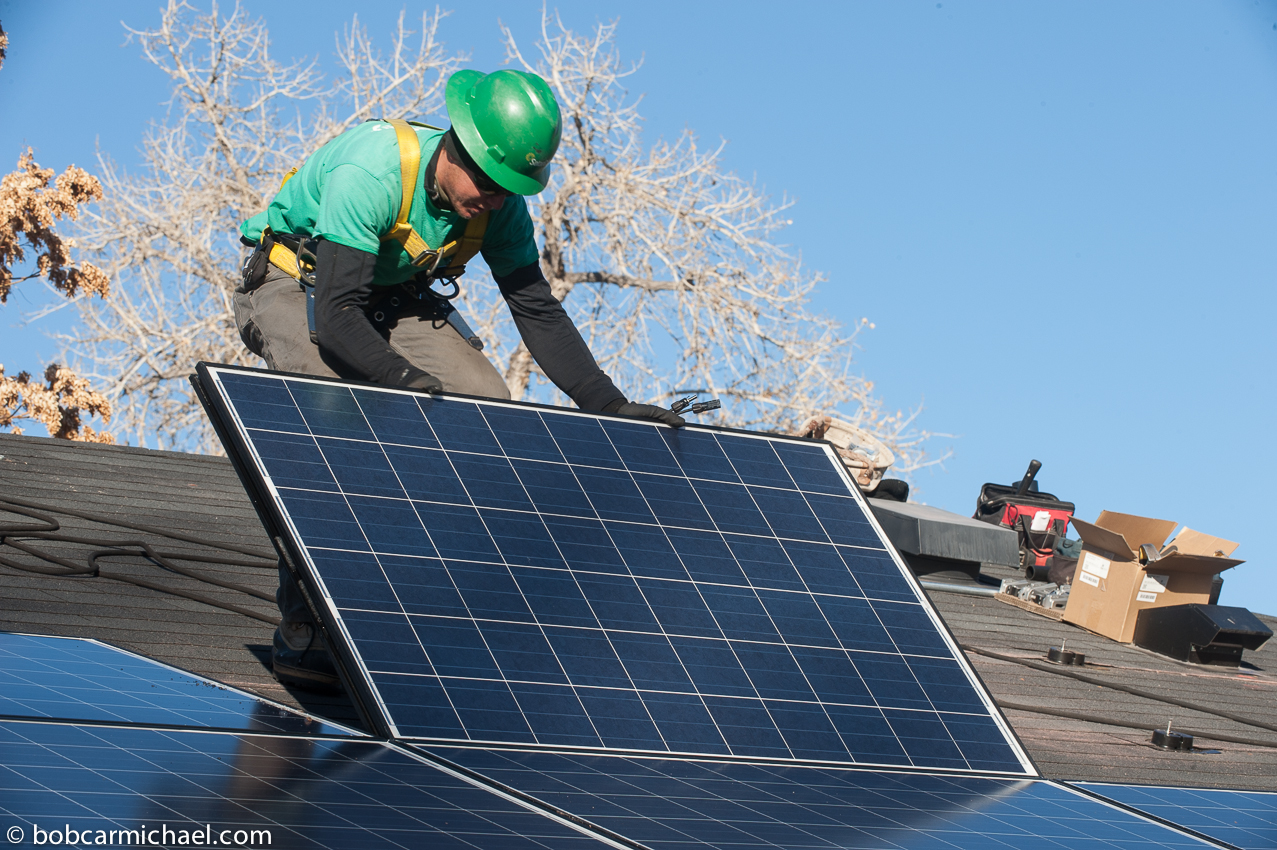 (Photo: Courtesy of Bob Carmichael Photography)Pueblo County Commissioners have unanimously approved permits for one of the largest solar projects east of the Rockies.

The proposed $200 million facility will include some 450,000 solar panels and should produce 120 mega-watts of power.

Eric Blank is president of Community Energy Solar, one of the partners in the deal, that included Xcel Energy.

“This project has tracking technology that follows the sun as it rises in the east and sets in the west, and it’s just a really nice fit,” Blank said.

The project will sit next to the Xcel’s Commanche plant in East Pueblo and will take advantage of the transmission lines from Xcel's substation there to send most of the energy produced up to Denver.

Despite all the sunshine in the Centennial State, solar power produces only about a tenth of the energy produced by wind power projects.

And this Commanche project will just about double the amount of solar power currently produced in Colorado.

Construction on the project is expected to begin next year.