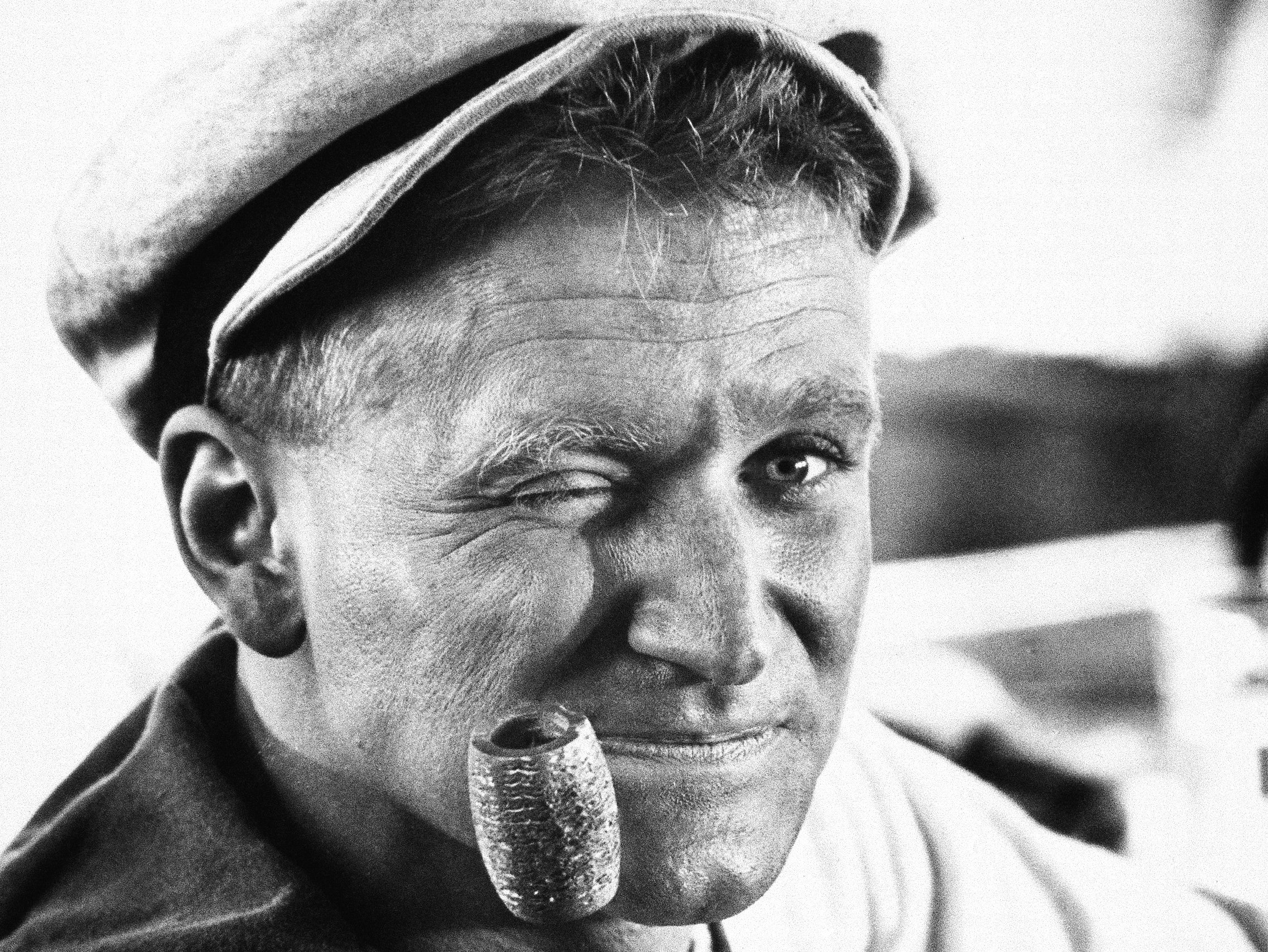 The signature line in director Robert Altman’s  “Popeye” arrives when Robin Williams -- as the sailor with forearms the size of anchors -- engages in a mumbled bit of self-analysis.

“I yam what I yam,” says the rambunctious sailor, a corncob pipe jammed between clenched teeth.

Audiences have a chance to see  “Popeye” and two other adventurous Williams’ films when the Alamo Drafthouse offers a tribute to the late actor this weekend.

The three-movie program features two films on Saturday, Aug. 23 (“Popeye” and “The Fisher King”) and a third on Thursday, Aug. 28, “One Hour Photo.”

If you want to remember Williams, these are the right films to watch.

These movies cut against the grain of  Williams’ sometimes lamentable attraction to mawkish sentiment.

Witness, for example, “Patch Adams” (1998) in which Williams plays a doctor who thought laughter could help cure people. Williams  seems to be asking the audience for hugs.

The standards include such widely-lauded movies as “Good Morning Vietnam” (1987), “Dead Poets Society” (1989), and 1997’s “Good Will Hunting,’’ for which Williams won a best-supporting actor Oscar.

There’s deep pain in at least two of these performances. But it’s best not to play an after-the-fact guessing game about Williams’ tragic death.

It’s more appropriate to accept the actor as a once-in-a-millennium anomaly who flashed across the culture, sometimes with lightning force -- and not always with adequate appreciation.

“‘Popeye’ was considered a massive failure when it came out in 1980,” Alamo Draft House Littleton creative manager Keith Garcia says. “But in my opinion, it’s just an odd film,’’

Writing in the New York Times at the time of the movie’s release, the late movie critic Vincent Canby opined that “Popeye” inhibited Williams from working “variations on his material” into a rigidly defined role.

But perhaps Altman’s quasi-musical -- with its abundant artifice and visual clutter -- gave us an early indication that Williams knew how to rein himself in.

In “Popeye,” Williams disappears inside a character born in the comic strips of the late 1920s and continued in the fabled big-screen cartoons of the Fleischer Studios in the 1930s.

Audiences in the early 1980s wanted to see Williams, who was still appearing on television in the breakthrough “Mork & Mindy” at the time.

Instead, they saw Popeye.

Unlike “Popeye,” “The Fisher King” (1991) wasn’t an obscure film, and it earned Williams an Oscar nomination for best actor.

But the movie definitely qualifies as one of Williams’ boldest endeavors.

In “The Fisher King,”  Williams displays both sides of a coin that mysteriously flips from comedy to drama.

Director Terry Gilliam and screenwriter Richard LaGravenese concoct a movie that allows Williams to temper his riffing jests with displays of deep vulnerability. The actor plays a husband gone homeless after his wife has been murdered.

Like his stand-up act, Williams’ movie career darted here and there, never adhering to a consistent through line.

He made major studio productions, and also appeared in indie films that took him far off Hollywood’s beaten track.

In the film, Williams portrays Sy Parrish, a nonentity of a man who earns his living behind the photo counter of a SavMart discount store.

A  deluded outsider, Sy becomes obsessed with a family he views as ideal and, thus, beyond his feeble reach. In taking on the emotionally damaged Sy, Williams creates a study in aberrant loneliness and the pain it breeds.

If I were programming for Alamo, I would have included director Paul Mazursky’s 1984 “Moscow on Hudson” in which Williams plays a Russian saxophonist who defects during a visit to New York City.

But Alamo deserves credit for focusing on the odd, enduring work of a gifted actor who followed Popeye’s existential, I-yam-what-I-yam example: A phenomenon from the outset, Williams was what he was -- and it could be amazing.