That means about 20 percent of the state’s 5 million residents are in the federal health care program for low-income Americans.

The expansion of Medicaid earlier this year has brought health insurance to hundreds of thousands of new adult patients, like Mayra Hernandez.  The 36-year-old lives in Thornton and has been making a living helping people with developmental disabilities.  In May, she had extreme abdominal pain and bleeding.  Hernandez ended up in the emergency room, diagnosed with endometrial cancer, a type of uterine cancer and she needed surgery.

“When you hear the word cancer, of course, you think about the worst.  My situation, thank God, didn’t go that far.  But still, it’s pretty scary.”

Hernandez had never had health insurance and was petrified about her growing health care costs, which she had to pay for out of pocket.  But in January, Medicaid expanded in Colorado to low-income adults.  Hernandez found out she qualified and enrolled.  She’s now on the mend, and insured.

“I don’t know what I would do if I didn’t qualify for Medicaid, because it’s pretty expensive,” Hernandez says. 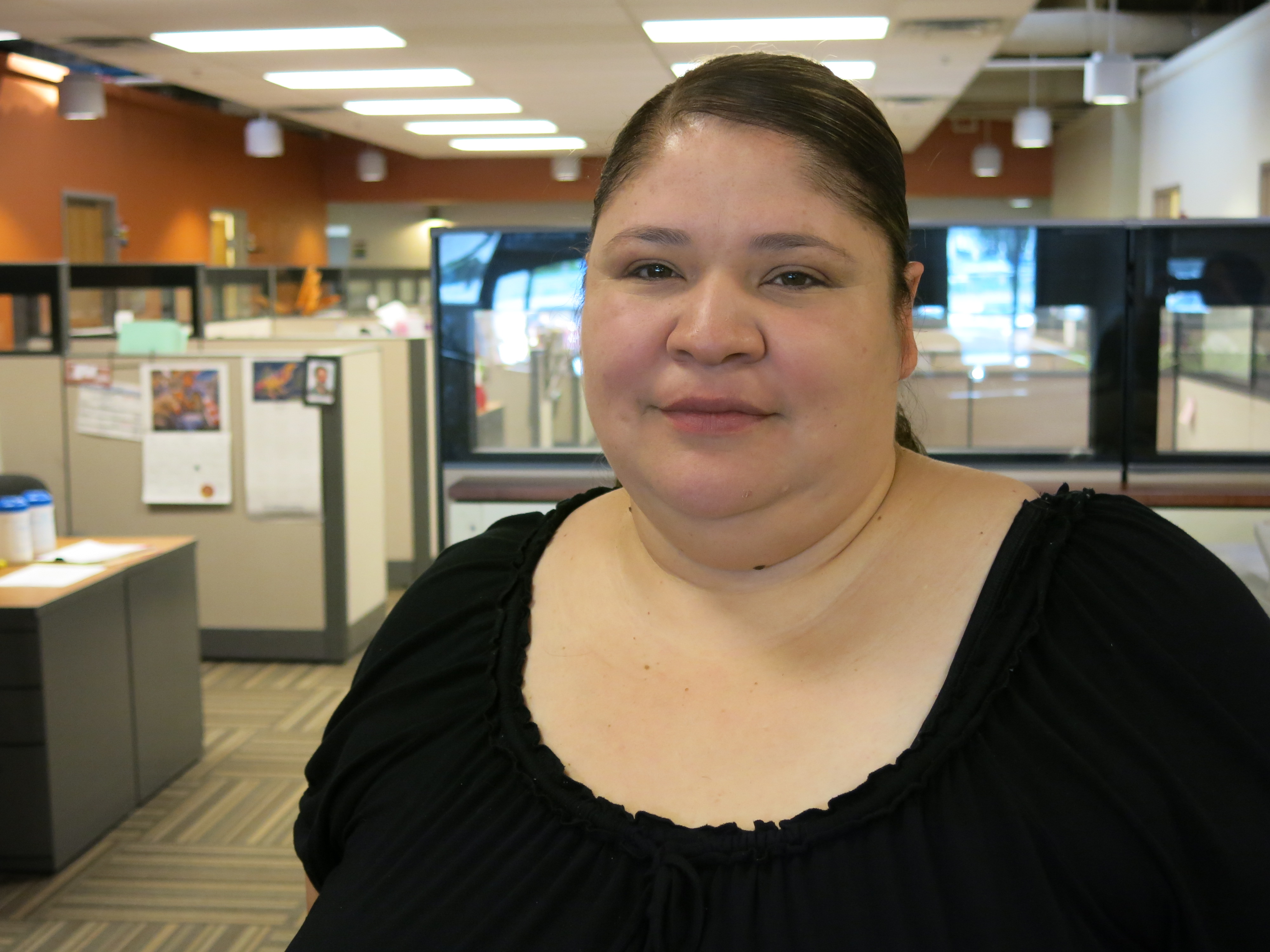 (Photo: CPR/John Daley)Medicaid used to just cover certain low-income groups, like children, pregnant women, the elderly and those with disabilities.  This year it expanded to adults like Hernandez -- those with incomes less than 138 percent of the federal poverty level. That's a threshold used to figure out if someone is eligible for federal assistance. For a family of four in Colorado, that’s roughly $33,000.

The main reason the uninsured don’t have health insurance is because they can’t afford it, says Amy Downs, senior director for policy and analysis at the Colorado Health Institute.

"We find that cost is a very important variable that explains why people don’t get care.” says Downs, who wrote an extensive analysis about the trends behind Medicaid's growth in Colorado.

Medicaid also recently expanded comprehensive dental coverage to adults who qualify, like Noel Castillo, a 28-year-old mom and homemaker from Northglenn. She's been dealing with chronic toothaches she couldn’t afford to fix.

“We live paycheck to paycheck and can barely pay bills as it is," Castillo says as she sits in a dentist’s chair in a bustling community health center in Thornton run by Clinica Family Health Services.

She last saw a dentist years ago. "That’s how bad finances have been," Castillo explains. "Obviously having no insurance hadn’t helped either.” 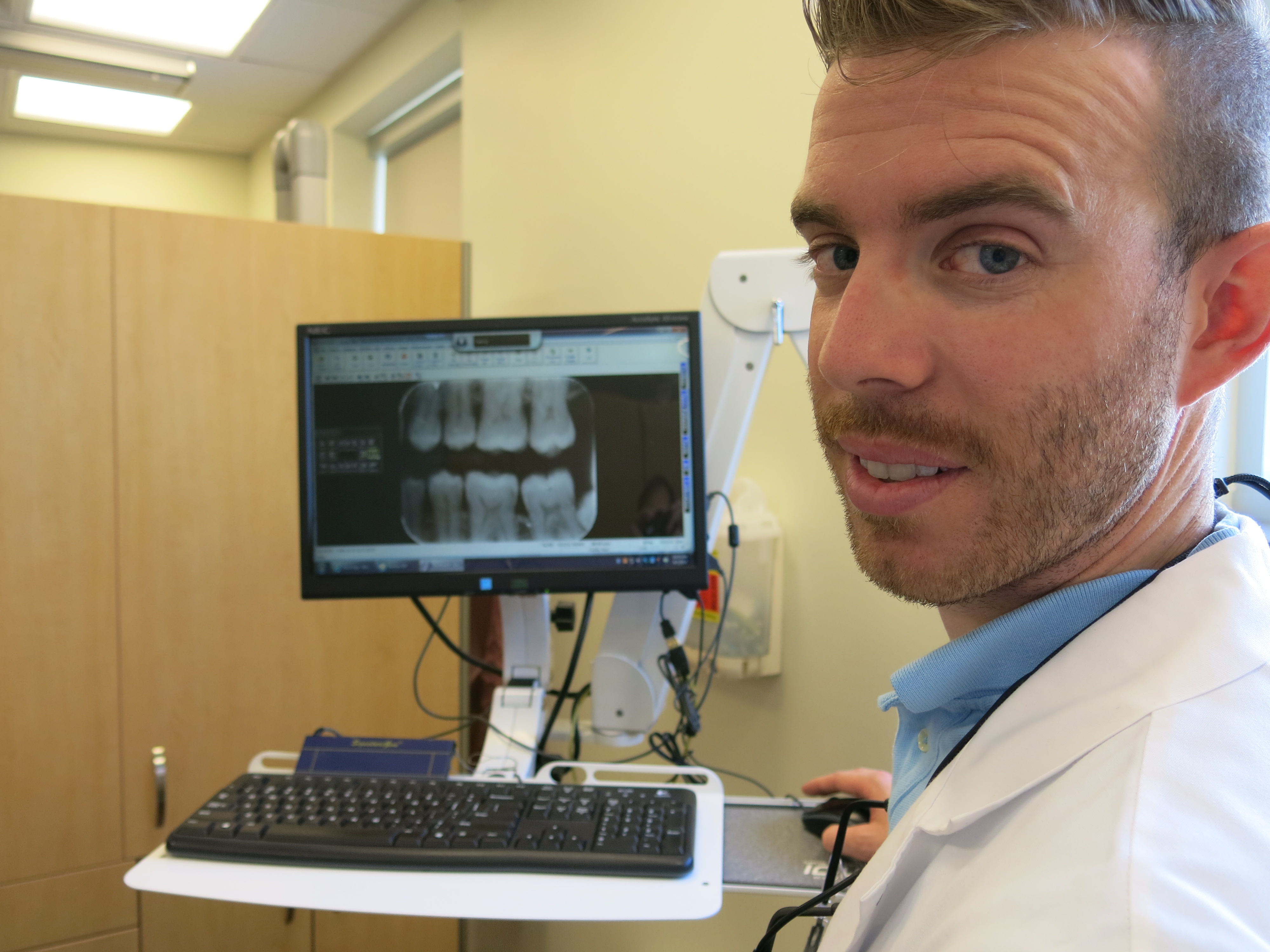 “Now we can talk about trying to save the tooth rather than the option of saying, ‘Well, we can do nothing or we can take your tooth out,’” says Eich.

Eich was recently hired to work at the Clinica Community Health Center in Thornton.  It serves so many Medicaid patients that both the center and its dental clinic doubled in size this past year, a trend driven in part by Colorado’s burgeoning Medicaid population.

“The fact that there’s a million enrolled is surprising because that’s just a big number for a small state like Colorado," says Eich.

Expert: Enrollee surge not a surprise

A million Medicaid enrollees in a state that's doing well economically doesn't totally surprise Sharon Lassar, a professor in the business school at the University of Denver.

"We're fortunate in that we have a larger share of the higher paying jobs than many of the other states, but we still do have a substantial subset of the population that's struggling," Lassar says.

Clinica Family Health Services runs community health centers in south Boulder, Broomfield and west Adams counties, delivering primary care services to more than 40,000 people. Before the expansion of Medicaid, roughly 42 percent of Clinica's customers were on Medicaid. Now, that figure is about 60 percent.

Many of Clinica's new patients, who were uninsured before, received primary care at Clinica's health centers, said Dr. Justin Wheeler, vice president of clinical services, "but they were going without the additional services," like tests.

“Having it available now without regard to your disability status or your age, but truly just your income, means a whole new set of Coloradans have access to the basic health care that they need,” says Polly Anderson with the Colorado Community Health Network.

She says it also means new jobs in what are mostly low-income communities. “Spending in Medicaid is economic development," says Anderson. "It’s absolutely a great thing.”

But not everyone sees it that way.

“It’s alarming.  That would be my word for it,” says Rep. Lois Landgraf, a Republican state lawmaker from southern El Paso County.

“I’m not against people having health care at all," says Landgraf. "People should be taken care of.  That’s not in question.  It’s paying for it.”

Wheeler acknowleges 1 million is a large figure, saying "it's alarming that a million Coloradans have not had access to affordable healthcare until this opportunity."

But Wheeler calls it "exciting," as the healthcare system ramps up to help more and more people. "We have an incredible opportunity to demonstrate the power of primary care, the power of preventative care," says Wheeler. 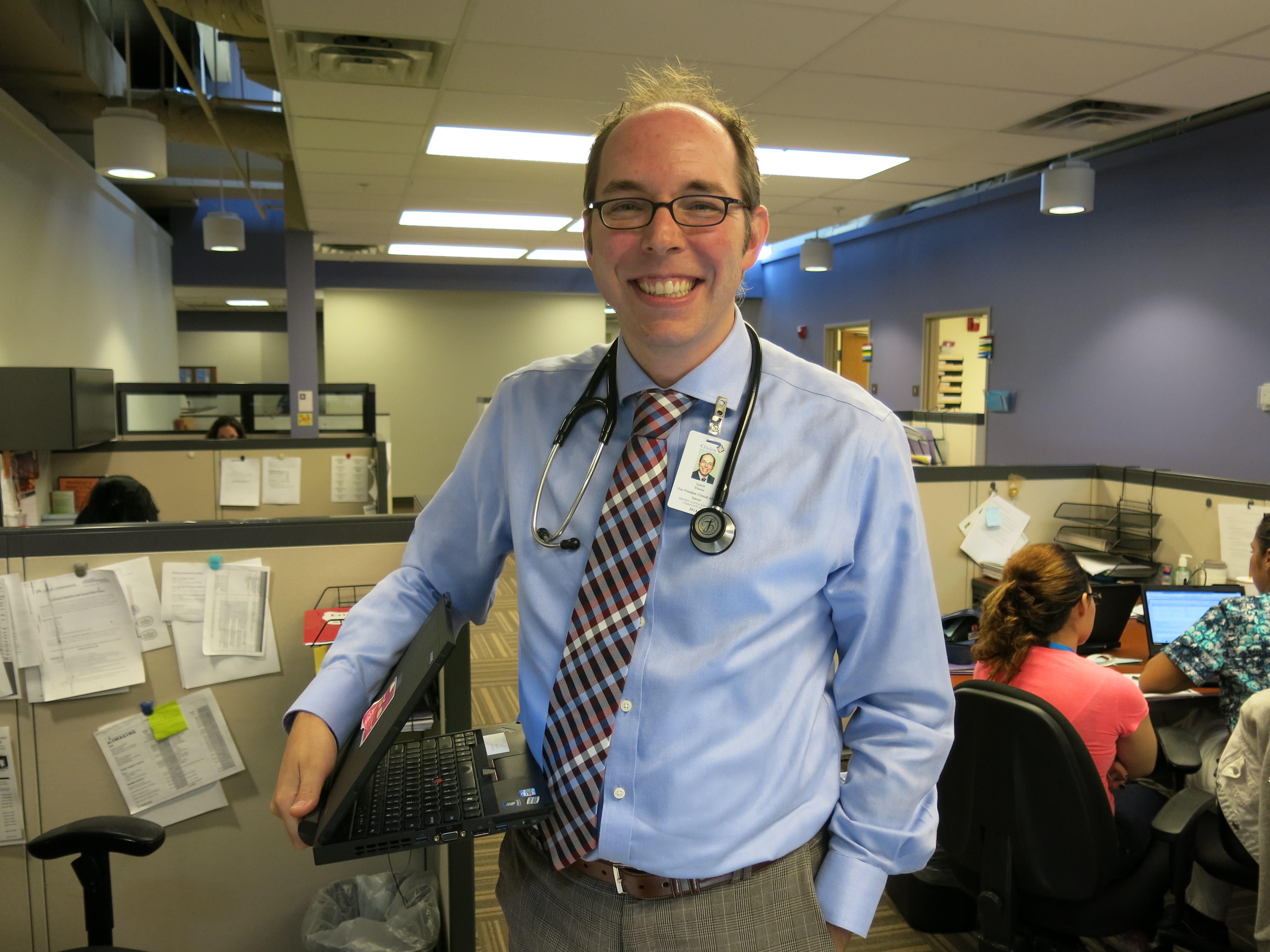 With the expansion, the number of new Colorado Medicaid patients jumped by almost a quarter of million people just this year. For now, the federal government is paying 100 percent of that expansion, a figure set to be reduced to 90 percent by 2020.

Rep. Landgraf worries about shortages of doctors and facilities.  She's already heard stories of long waits from her daughter who is a physician's assistant in a Denver hospital.

“We have more people in this system who needed it, and they did need it, but we don’t have the system in place to take care of those people,” says Rep. Landgraf.

She’s also worried about the growing bite Medicaid takes out state coffers. “The money is not expanding to keep pace with the needs,” Rep. Landgraf says.

Serving Colorado's Medicaid population now costs nearly $8 billion a year. For now, the federal government does cover more than half that cost. Medicaid now represents a quarter of the state's general fund budget. A decade and a half ago, that figure was 19 percent.

"This is going to be a good thing," says Massey. "It's going to save the state money over time. It's going to get people into appropropriate venues for treatment. We're pleased with it."

A recent Colorado Hospital Association study shows hospitals, in states that chose to expand Medicaid, report a sharp drop in the number of uninsured patients.  As a result, hospitals are saving millions on charity care. Those are the costs to cover people who can’t or don’t pay.

A Gallup survey finds under Obamacare, Colorado ranked fifth for the largest decrease in its rate of residents without health insurance.  The state saw a 6 percent decline. Many of those people joined Medicaid, which helps explain how Colorado hit the Medicaid million mark.