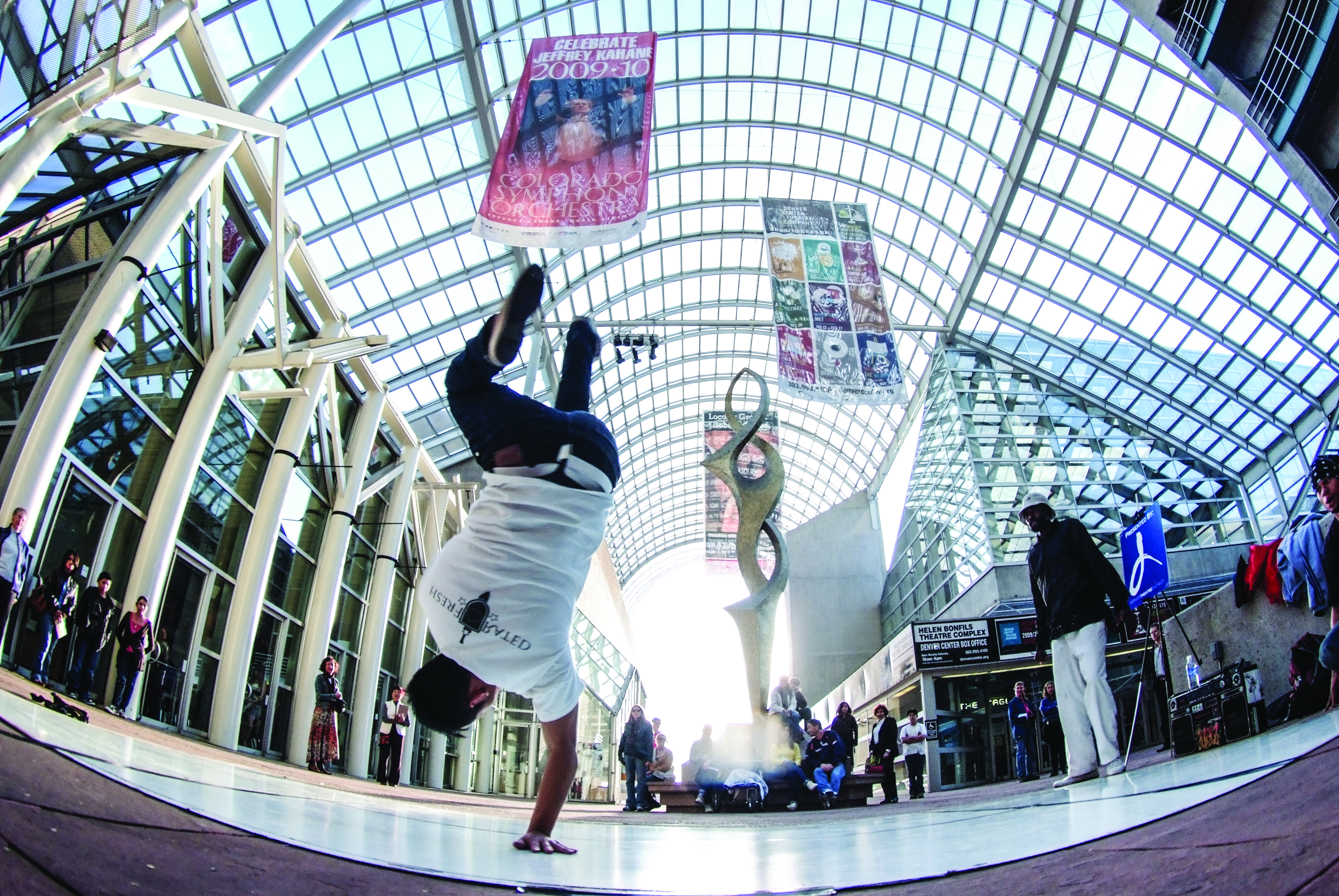 (Photo: Courtesy of Stevie Crecelius)This week, the City of Denver revealed recent advancements in its ambitious “Imagine 2020” cultural plan, including the distribution of new grants, special events and research into implementing creative business spaces in the RiNO neighborhood of northwest Denver.

“Imagine 2020,” which Denver launched at the beginning of March, is the city’s first comprehensive cultural initiative in 25 years.

Denver Arts and Venues, a municipal agency overseeing various public venues and arts happenings throughout the city, is leading the efforts mapped out by the plan.

The city department is now moving forward on three of the 10 priorities identified in the plan. There are 50 objectives in total.

On Monday, Mayor Michael Hancock will announce the first eight projects to receive funding from the “P.S. You are Here” creative placemaking grant’s $40,000 pool.

"P.S. You are Here" is a pilot, city-wide program which issues grants to projects that use arts and culture to transform public spaces -- such as parks, sidewalks, medians and other underused gathering places -- into viable community areas.

Ginger White-Brunetti, deputy director at Denver Arts and Venues, says the program is inspired by the first goal listed in the cultural plan: arts should be integrated into daily life.

“People in the community expressed that they wanted to be surprised and delighted by their neighborhoods,” White-Brunetti says. “So this is a way to engage the community in creating those moments of inspiration and innovation in their own environment.”

Denver Arts and Venues also kicks off its “Imagine 2020” speaker series on Wednesday Aug. 27 at the Ellie Caulkins Opera House. The first installment in the three-part series features a presentation by Peter Kageyama, author of “For the Love of Cities.”

Next up, on Oct. 7, Jamie Bennett, executive director of ArtPlace America, a national organization based in Minneapolis, Minnesota that focuses on revitalizing communities through the arts, will lead a creative placemaking discussion at Junction Box, the downtown Denver home of dance company Wonderbound.

Later in October, Denise Montgomery will present findings from a study she authored called “Something to Say: Success Principles for After-School Arts Programs From Urban Youth and Other Experts.” The research report was commissioned by the New York-based Wallace Foundation, a national education advocacy organization, and it analyzes how to engage youth with the arts.

“The reason we targeted the River North Arts District is because that community is white-hot when it comes to development,” White-Brunetti says. “A significant part of our arts population does their work there.”

According to data compiled by Weilworks, a marketing firm in Denver that regularly collaborates with arts organizations, about 210 artists currently work in RiNo and the district is home to 145 creative businesses. Approximately 30 percent of those creative professionals live in the area.

A research team from Artspace has come out to Denver twice already to understand the needs of the neighborhood and what the challenges will be in creating this type of facility.

This type of urban arts and culture push is also happening in Boulder. The city is launching its own culture plan next week.

The community effort is the city’s first in nine years and aims to take its arts offerings and creative industries to the next level.

“Right now the priority is to ask the community what their vision is and ideally we’ll get out of that some sense of direction, trajectory for the arts and the creative sector of the economy,” Chansansky says.

For more details on the “Imagine 2020” plan, visit ArtsandVenuesDenver.com.