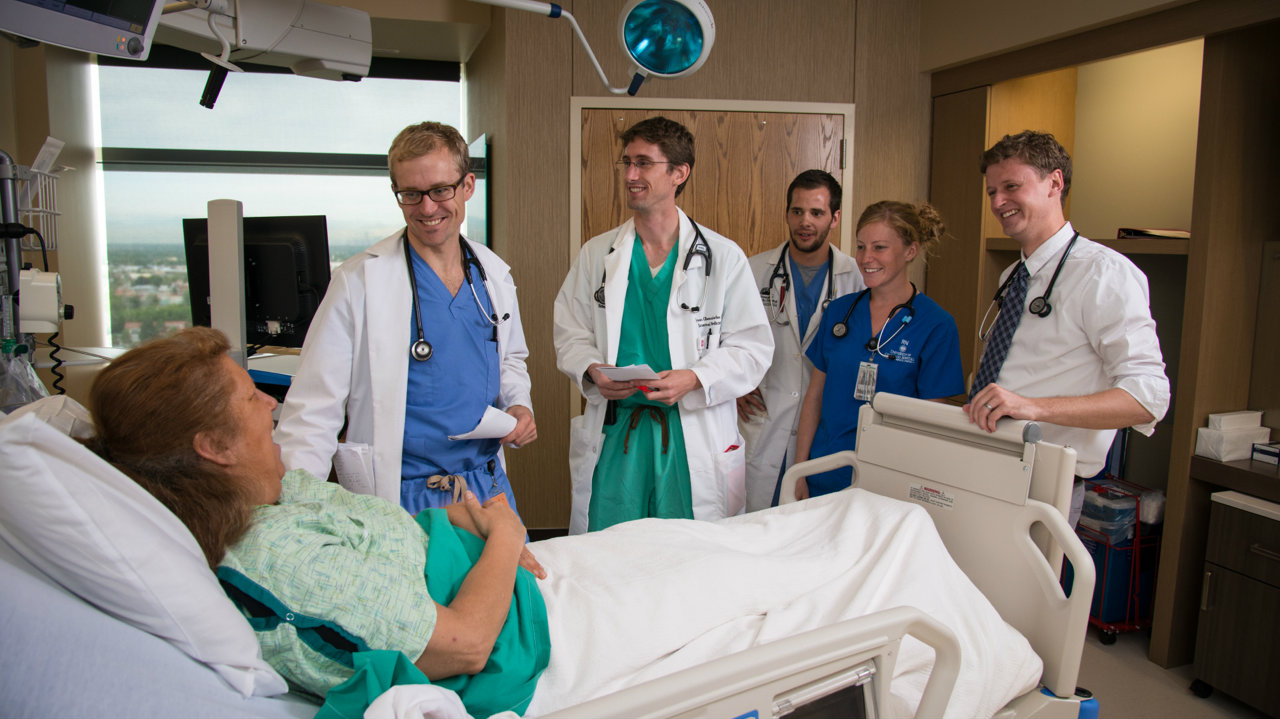 Earlier this year, the number of Medicaid enrollees in Colorado passed 1 million. Nearly 250,000 people have joined since January, when Medicaid was expanded in Colorado as part of the Affordable Care Act.

Medicaid can be complicated, so we wanted to make it easier to follow by breaking down the key things you need to know about Medicaid in Colorado. This guide comes from interviews and information provided by the non-partisan Colorado Health Institute, a research and analysis group, and Colorado’s Department of Health Care Policy and Financing.

1. Colorado hit a Medicaid milestone this April, with 1 million enrollees.

Medicaid is the primary public health insurance program for those with low incomes and the largest source of health coverage in the nation with 66 million Americans. That’s roughly 20 percent of the nation’s population who enrolled this past year.

2. The federal Medicaid expansion is one key factor contributing to Colorado's surge in Medicaid enrollment.

As part of the Affordable Care Act, also known as ObamaCare, Medicaid expanded to cover almost half of the nation's uninsured.  States were mandated to provide coverage for their poorest residents, or to give up federal funding for Medicaid.  But a June 2012 Supreme Court ruling gave states the ability to opt-out of Medicaid expansion.

Colorado is one of more than two dozen states to opt-in, continuing to provide Medicaid to its poorest residents. In general, states with Democrats in control, like Colorado and California, chose to expand Medicaid. Those with Republicans in charge, like Texas and many southern states, chose not to expand.  You can see a state-by-state Medicaid expansion map here:

Via: The Advisory Board Company

Colorado Gov. John Hickenlooper, in January of 2013, announced plans to expand Medicaid in the state, saying it would save $280 million in Medicaid spending over 10 years.  According to the governor’s office projections showed “the savings, existing provider fee structure and other health-related revenues will more than cover the cost of the expansion.”  At the time, the governor’s office estimated the expansion would allow the state to cover an additional 160,000 adults.  Roughly 240,000 Coloradans have enrolled since Jan. 1.

3. Even before Obamacare and the Medicaid expansion, Medicaid numbers grew rapidly because of the Great Recession.

Colorado’s Medicaid rolls declined from 2006-2007 as the state’s economy stayed strong.  When the economy tanked in 2008-09, unemployment rose and many people lost health insurance.  Medicaid numbers began to rise at a double-digit annual clip, jumping from 436,000 in 2008-09 to 620,000 three years later.  “That was pretty shocking to everyone,” says Amy Downs, the senior director for policy and analysis at the Colorado Health Institute.

Plenty of public dollars are going to Medicaid.  Colorado’s Department of Health Care Policy and Financing, which is the agency that administers Medicaid, has a nearly $8 billion budget.  Roughly $1.6 billion of that budget is covered by the state’s general fund. The majority is funded by the federal government, with the rest coming from a variety of sources, including the Hospital Provider Fee.  That fund represents about a quarter of the state’s budget.  (The Colorado Health Institute has an excellent graphic that summarizes the budget figures.)

For this year, the budget for the Department of Health Care Policy comprises 25 percent of the state’s General Fund operating appropriations. Fifteen years ago, that percentage was 19 percent. That spending often represents a political fault line, with many Democrats defending it as one that extends the coverage umbrella to those who need it, while many Republicans argue it’s too expensive at the state and federal level and is unsustainable in the long run.

5. Medicaid eligibility is determined by income.

6. Medicaid is a voluntary partnership between the state and federal governments.

A formula is used to determine how much funding a state gets from the federal government. Colorado gets the lowest Medicaid funding match rate in the country.  For every 50 cents the federal government allocates to Medicaid, Colorado puts in 50 cents.  That formula is determined by a state's per-capita income.  Colorado has a low match rate because it has a relatively solid economy.  States with struggling economies have higher match rates.

The federal government is also currently paying for 100 percent of the Medicaid expansion by states.  That figure is set to be reduced to 90 percent by 2020.

7. Medicaid and Medicare are not the same thing.

8. Almost half of the Medicaid caseload is children.

Right now, Colorado has about 486,000 children in Medicaid.  Those numbers are mostly driven by poverty.  Also, traditionally there have been more generous eligibility benchmarks for children.

9. In general, the Medicaid program has a lot of issues with enrollees having access to services.

A Medicaid card doesn't guarantee access to all of the services you need.  Many parts of rural Colorado and underserved areas in urban Colorado often don't have the services to meet high numbers of Medicaid enrollees.  El Paso County, Eastern Colorado, Adams, Denver and Arapahoe counties have the biggest gap between the number of Medicaid recipients and services available.

Medicaid’s challenges are significant.  In some cases doctors won’t accept Medicaid.  Some doctors complain about the relatively low rate they are reimbursed for Medicaid patients.  Some primary care providers struggle to find specialists who will take Medicaid patients.

10. Colorado residents have numerous ways to apply for Medicaid.

Those who have higher incomes than the required threshold (138 percent of the federal poverty level) can contact Connect for Health Colorado, Colorado’s health insurance exchange.  There they can see if they might qualify for a tax credit, or other financial help available through the marketplace.