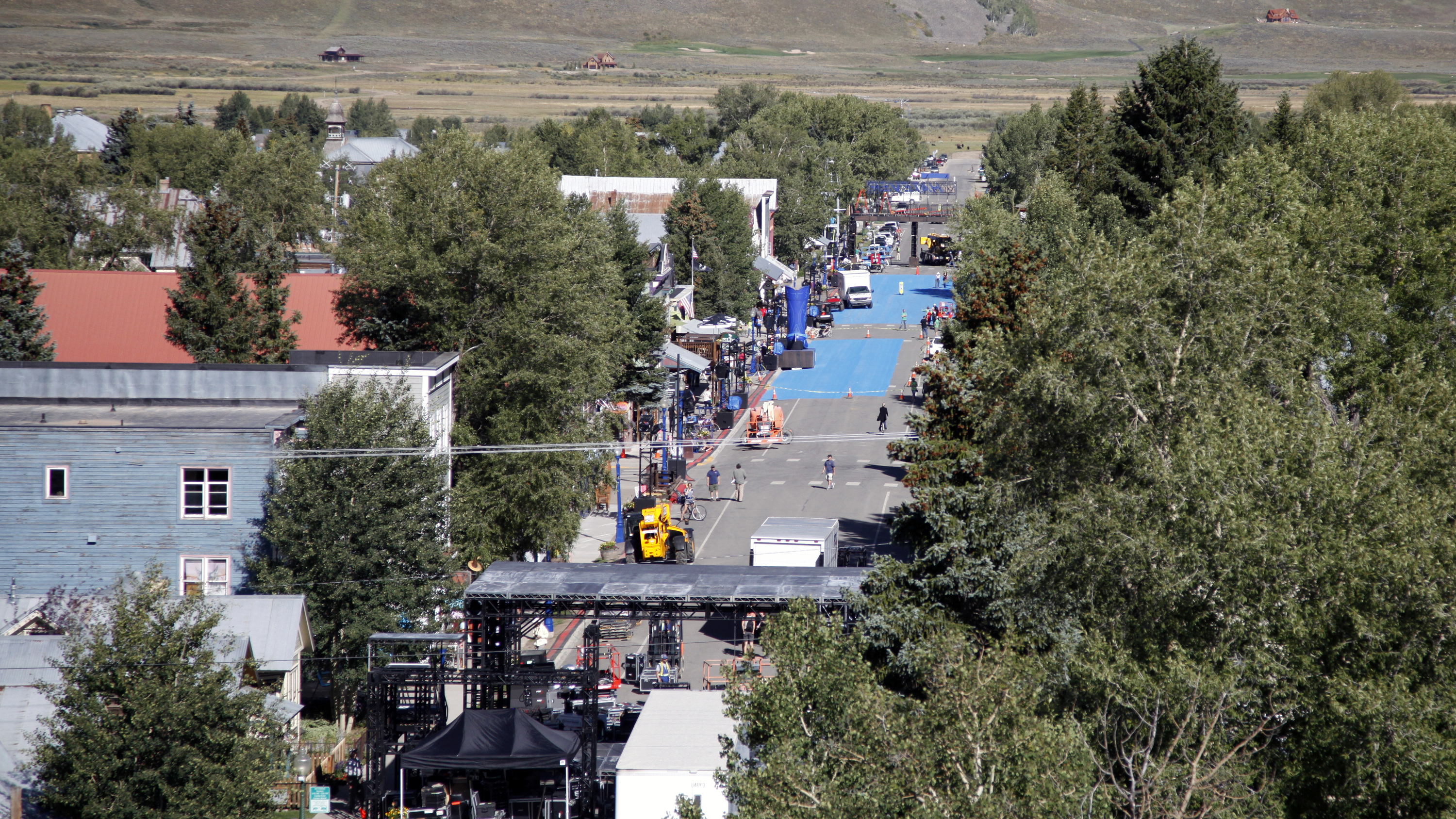 More than 1,000 people flown in to the small Colorado resort town of Crested Butte for the filming of Anheuser-Busch's Bud Light commercial had problems leaving the party.

The manager of the nearby small airport in Gunnison, Rick Lamport, said the last of the chartered flights took off at 10 p.m. Sunday, three hours late, because of problems with security screenings at the end of the "Whatever USA" weekend party. The beer giant paid $500,000 to paint several blocks of a central street blue and otherwise temporarily revamp the town into fictional Whatever, USA, for its "Up for Whatever" campaign.

Lamport said passengers were supposed to be screened by a private company before boarding buses to the airport. He said the system broke down, and event organizers asked the airport's screeners to take over around midday, creating a bottleneck.

The delays caused some to miss connecting flights. Organizers ordered pizza and other takeout food for those waiting to leave.

"With more than 1,200 consumers attending Whatever, USA, from all points across the country, it takes time to get through a smaller airport," Nick Kelly, a Bud Light spokesman, said in a statement.

Some participants complained about the delay on social media.