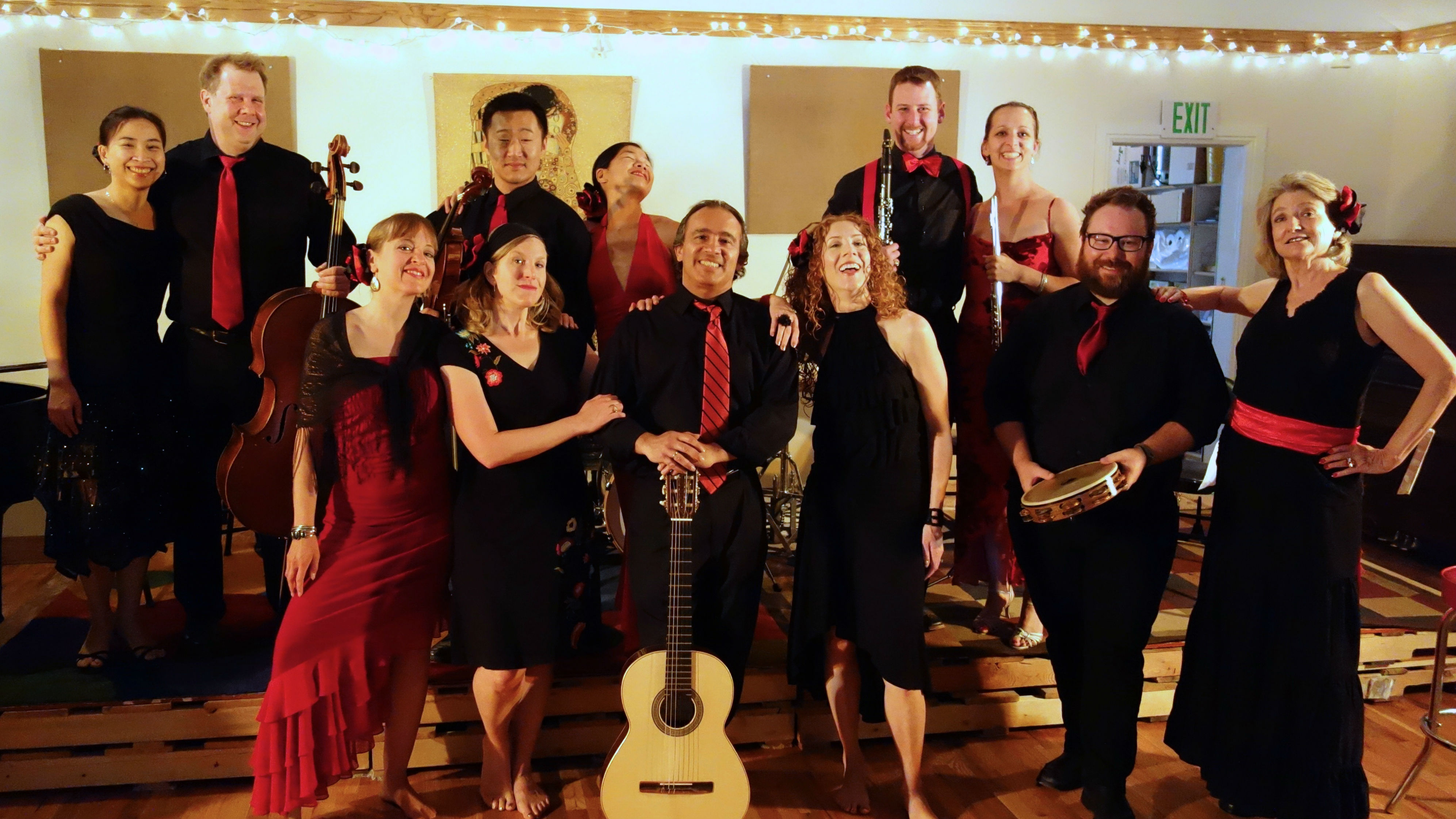 (Photo: Courtesy of Jem Moore)Home to the Rocky Mountain Folks Festival, the Kinfolk Celebration music festival and Planet Bluegrass, a music production and promotion company, Lyons is predominantly a folk and bluegrass town.

Classical violinist Mintze Wu bucks the trend with Sounds of Lyons, an annual chamber music festival she founded in 2009.

This weekend, the three-day event returns with concerts at venues throughout the town including Sandstone Park, Rogers Hall and the Lyons Community Church.

Wu says the creative energy of Lyons, a town where many musicians and other artists live, makes it an ideal place to present an array of music styles.

“With all the things happening artistically in Lyons, people are so ready to embrace music of any kind,” Wu says. “It just so happened that nobody had ever put on a classical music festival there before.”

Wu has a long background in classical music.

She trained at the Juilliard School in New York City, the Cleveland Institute of Music and the Aspen Music Festival school. In 2002, Wu was introduced to folk music and started to experiment with how to incorporate some of the genre’s free-spirited elements into her work as a classical musician.

“I have all of these pieces of inspiration dancing in my mind and I wanted to do something to tie all them together,” Wu says. “This festival is a long discovery of how to do that.”

Wu describes Sounds of Lyons as a “musical laboratory” -- a forum for experimenting with different ways of presenting classical music beyond the concert hall.

CPR: Why mount a classical music festival in a city with such a strong bluegrass and folk music influence?

Mintze Wu: I’ve been thinking about how to break this barrier, so people don’t have a perceived distance between themselves and the music of Beethoven or even less commonly known composers like the UK’s Benjamin Britten or Pēteris Vasks of Latvia. We try to present the music of those composers in ways that people feel they can connect to them. And I love the playfulness and free spirit of folk music. When I look into myself, I definitely have those qualities in me and they are so ready to come out. But during my formal training, that part of me wasn’t able to be expressed. So this festival has been part of a self-discovery of how I want to be as a musician and how I can embrace that kind of freedom inherent in folk music and use that to share the classical music I love with other people.

CPR: What are some of the quirky, off-the-beaten-path ways you present the music of classical masters like Bach and Beethoven at the festival?

Mintze Wu: I wanted to create a playground for this music where it doesn’t have to be bounded by certain expectations and standards. I perform with bare feet. When you kick the shoes aside you feel like you can dance on the stage more and that’s how I find my freedom. The other musicians don’t have to do this, but I want to give them the space to be themselves. I really don’t believe classical music needs to be dumbed down. We just need to find ways to take the hands of the audience and make them feel safe and comfortable. Sometimes, with more difficult material, we improvise following the composition to give the audience time to digest what they heard and experience our interpretations. Music is very powerful, of course, but we are creating an experience for the audience that’s long-lasting.

CPR: While Sounds of Lyons has a strong emphasis on classical music, there are other styles presented over the course of the three days. What other styles of music can people hear at this year’s event?

Mintze Wu: We have a program called “Crazy About You” on Friday. This is a musical tapestry that weaves through different styles of music. For instance, there will be a piece called “Passacaglia” that was originally written for solo violin by the 17th century composer Heinrich Ignaz Franz Biber. It’s based on this simple, grounded progression. We decided we would stay with that style for two minutes and, at the end, go into a flamenco rhythm. In the “Crazy About You” concert, we will feature a flamenco dancing duo from Louisville -- Mark Herzog & Natalia Pérez del Villar. There will also be a film presentation during the “Life True” concert, featuring four films interlaced with four movements from Beethoven string quartets.

CPR: What are some of the highlights of this year’s festival?

Mintze Wu: Well all of the concerts are my babies. But the “Life True” concert on Saturday is one that’s been marinated, cooked and simmered for the longest. It’s about soul-searching. It’s a combination of my experiences in Asia with my husband this past year and our space here in Lyons post-flood. Post-flood there is this innate need to look inward and find strength. For that, I always go to the music of Beethoven. The four documentary films during this concert are about four people of very different backgrounds, but they all have this common desire to find what’s true in their life.

CPR: We are approaching the first anniversary of last year’s devastating floods. How was your festival impacted by the floods?

Mintze Wu: Lyons is such a close-knit community that everybody had somebody affected by the floods. So the whole town is trying to recover, rebuild and stay hopeful. Even though there are a lot of physical things you need to do to rebuild, I think there is a strong desire to find a healing place and music can do that. Being the anniversary, it’s going to be a big weekend for Lyons, including a parade and all sorts of other commemoration events. We are also putting together the “Celebrating Lyons II” concert. I call it “II” because we had the first one a month after the floods at the First United Methodist Church in Boulder. It was a fundraising concert for the Lyons Community Foundation. This year’s concert is a reunion of all of the musicians. But this time, we get to be on our turf again -- our stage at Sandstone Park, which we couldn’t perform on last year. Also, in previous years, we had free concerts at Bohn Park in Lyons. But that facility was destroyed during the floods. So “Celebrating Lyons II” is also an extension of the concerts that we would have traditionally done outdoors at Bohn Park.