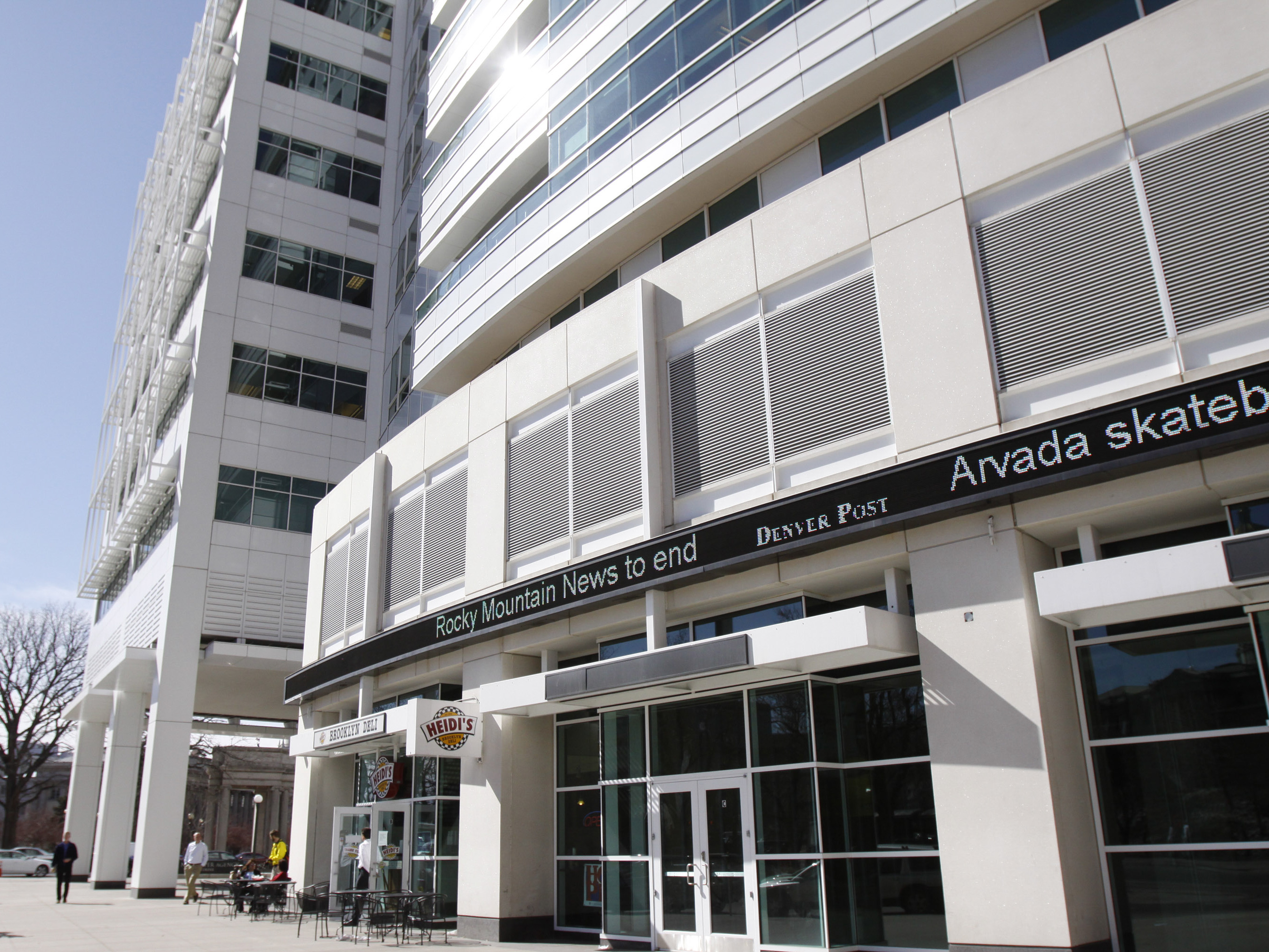 The Denver Post, Colorado's largest newspaper, is up for sale.

Digital First Media, which owns 76 newspapers across the nation including the Post, The Boulder Daily Camera, The Longmont Times-Call, The St. Paul Pioneer Press and the San Jose Mercury news, announced Friday that it "has initiated a process to evaluate and consider strategic alternatives for the Company’s business."

Digital First Media formed in December 2013 after the merger of Media News Group and the former Journal Register Company. It's now controlled by the hedge fund Alden Global Capital.

"We believe we have many options available to us to maximize the value of our businesses for our stockholders, and the Board of Directors has therefore decided to assess the full range of those opportunities,”John Paton, DFM’s Chief Executive Officer, said in a statement.

Derigan Silver, at the University of Denver's journalism department, says the possible sale of the Post isn’t too surprising.

"This is not a media organization that is deciding to move in a different direction," he says. "This is a hedge fund that wants to maximize its investment in these various newspapers."

Earlier this year, the company shut down a major effort to build a national newsroom, dubbed project Thunderdome. Newspaper industry watcher Ken Doctor said in April that the hedge fund Alden ran out of patience.

The move also signals the fatigue of majority DFM owner Alden Global Capital — and that it is readying its newspaper properties for sale. They’re not yet on the market, but expect regional auctions of DFM properties (with clusters around the Los Angeles area, the Bay Area, New England, Colorado, Texas, New Mexico and Pennsylvania) — unless Alden can find a single buyer, which is unlikely.

Closing Thunderdome is just part of a major north-of-$100-million cost cutting initiative that is putting the best glow on some tough financials. The reason for the sale: Despite CEO John Paton’s aggressive remaking of the company, Alden’s investments in cheap newspaper company shares haven’t worked out the way private equity bets are supposed to.

Earlier this week, The Newspaper Guild, which represents many Post and other Digital First Media journalists, published advertisements soliciting local buyers for their newspapers. This is the letter the local guild published:

A newspaper with more than 100 years of history and multiple Pulitzer Prizes is looking for an owner who cares about Denver, Colorado and the Rocky Mountain Empire, as well as an unfettered press to watch over them.

We seek an owner who has a stake in our community and a sense of local, civic responsibility. The Denver Newspaper Guild hopes that local stewardship will help return the paper to its glory days and a new owner may be more willing to pay the price to do it.

Digital First Media has already put a chunk of its newspapers' buildings up for sale.