Skip to Content
Need help?
Donate
Evan Anderman’s work in geological engineering landed him exactly where he didn’t want to be.

“In the end, it kept me in front of a computer and not out in the landscape that I love,” says Anderman, who has a master’s and Ph.D. from the Colorado School of Mines.

So Anderman eventually decided to use his background to engage another of his interests: photography. And in 2005, he shifted gears entirely and became a full-time artist.

“Photography is about seeing,” Anderman says. “And I think that my understanding of the geology of Colorado and the western United States helps me because I understand how it was made and I look at it differently than most people.”

Anderman -- who earned his pilot license in the 1980s -- also renewed his passion for flying two years ago. Now he departs from Centennial Airport just south of Denver on a weekly basis to shoot aerial photographs of the Eastern Plains from 1,500 feet. 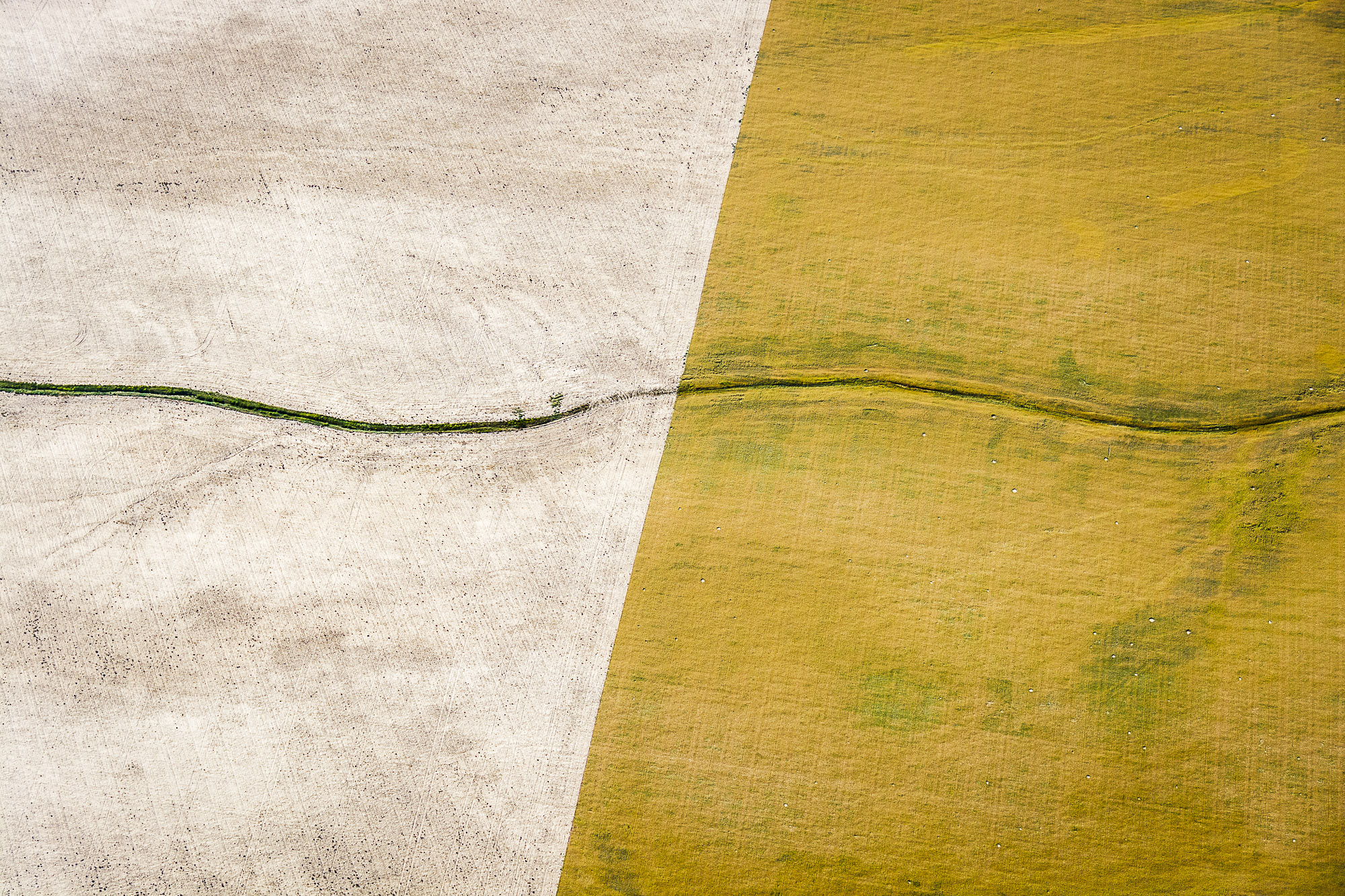 Anderman’s images capture aspects of industrial and rural life in the eastern part of the state, from oil refineries to fields of crops to feed lots.

“I want to portray the landscape in beautiful way, but I also want people to question what’s happening and how we’re using the land in eastern Colorado,” Anderman says. “A lot of people think of it as a desolate, dying landscape, but I don’t think that’s true.”

Although Colorado’s impressive mountain ranges tend to have the greatest appeal for artists, the flat Eastern Plains also have their admirers.

"[The land out here] is as beautiful as the mountains and the other parts of the state."

“There’s definitely a very strong tradition of embracing the power of the mountain, the majestic quality of the Colorado landscape,” University of Colorado Boulder art and art history department chair Kirk Ambrose says.

Ambrose says that artists like Anderman, David Maisel and Robert Adams are drawn to this part of Colorado precisely because the landscape is marked by signs of day-to-day human activity.

"It's important for us to know that the decisions we make in the cities effect what happens out here," Anderman says.

Here are some other shows with works depicting Colorado's Eastern Plains: