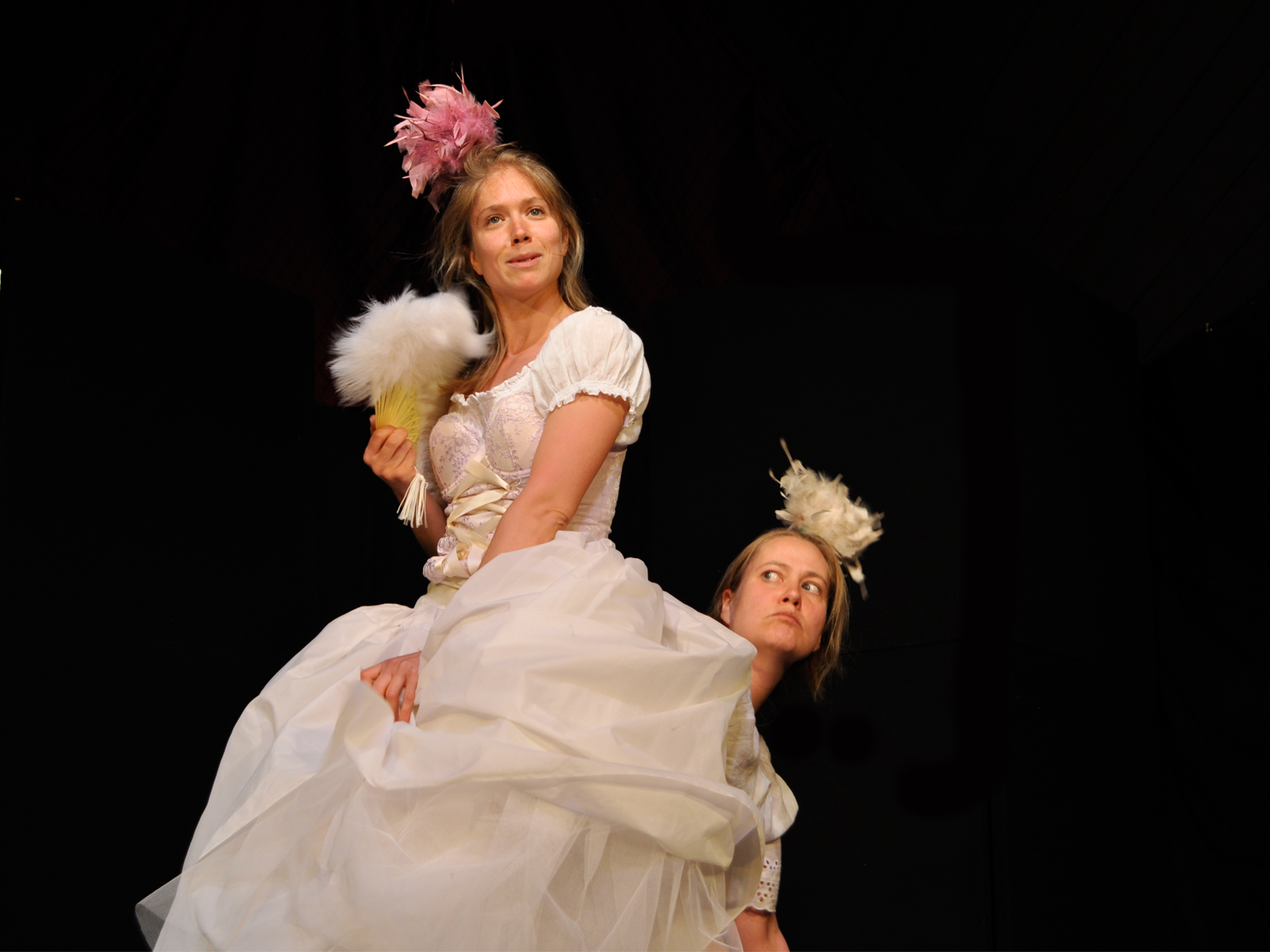 “In Dallas, we didn’t have anything like that at the time,” she says. “I thought it was so crazy and cool and fun. It was such a wide variety of shows and a lot of experimentation and basically a huge party.”

A native of Irving, Texas, Patton trained in Lecoq-based theater – a European tradition of physical theater that originated in Paris – for two years in Padua, Italy. But when she returned home, her involvement with the art form flat lined. That changed after she moved to Boulder following her 2006 visit.

“At the time, I really needed that sense of community,” Patton says. “I was relatively young as an artist, and I was too intimidated to produce my own solo show.”

Patton performed in her first Boulder Fringe Festival in 2007. A regular performer since then, Patton and her creative partner Lucia Rich make up one of nearly 60 companies accepted in to this year’s festival, which runs through Sept. 28.

The duo also decided to travel to Fringe Festivals in other cities for the first time this year, including Fresno, California, and Edmonton, Canada. That’s common for many Fringe performers, some of which can earn their living just touring the circuit, Patton says.

The first Fringe Festival in Edinburgh, Scotland, was established in 1947 as an alternative to the Edinburgh International Festival, and the concept has expanded to other cities worldwide. Many of these events are unjuried, instead accepting acts on a first-come, first-served basis and by lottery.

Boulder Fringe Festival organizers expect to sell 16,000 tickets this year. And all of the money earned from tickets sales goes to the artists, the majority of which hail from Boulder or Denver.

Colorado Public Radio News spoke with Patton in anticipation of the festival.

CPR: What makes the focus of the Fringe Festival unique?

Claire Patton: I think they are significant in contrast to the traditional American landscape of theater. It’s a little bit rock and roll in that you’re taking a risk as an audience member. You could see something incredibly profound and powerful or something really off the wall and wacky. There’s something for every taste, and I find it to be a populist form of theater. That’s very exciting because it allows the performer to take a risk too and reach all different kinds of people.

CPR: How do Fringe Festivals expose people to different types of theater?

Claire Patton: There are all different styles and traditions of theater represented at Fringe Festivals, both in Boulder and on the circuit. You’ll see everything from physical theater to dance theater to more scripted, traditional pieces. Something about a Fringe Festival lends itself to a fast and dirty production, and there’s something about that pace that I love. It becomes very difficult to feel precious about your work. You can change things last minute, and it’s OK because the festival allows you to try new things. And when it doesn’t work, you just brush it off your shoulder.

CPR: What distinguishes Boulder from the other festivals in which you performed?

Claire Patton: I find that overall Boulder audiences are incredibly kind, receptive and willing to take a risk on something. They show up with an open mind. And it’s home to us, a really lovely and comfortable place to be working. Some of the larger festivals do bring in more of a variety of artists from all over the world. The Boulder Festival reaches fewer out-of-town artists, but I find that those artists often return because they love Boulder.

CPR: How financially viable is it to perform at Fringe Festivals?

Claire Patton: It really depends on the festival and what the costs are. Some of the larger festivals, like in Canada, can be quite the money-makers. But it is an investment. You have to be interested in it long-term because as you visit each new place, you need to build your audience. So this year in Fresno, we did come away with a profit. But next year there’s potential to make even more money because that audience there is already built for us. There is a great deal of established touring artists that make their income touring the fringe circuit.

CPR: What does the Fringe Festival model suggest about the potential for artists to find success independently?

Claire Patton: There’s been a lot of discussion in the theater community recently about the traditional theater models, like a non-profit or a repertory theater company. A lot of theater artists say they don’t feel that’s a sustainable model. For me as an artist, I love the cowboy aspect of Fringe Festivals and the traveling and the risk of putting yourself out there. Now there’s a downside to that too, as it may not always work out the way you want it to. But there’s something about opening yourself up to the surprise of the process and performing that is really stimulating as an artist. And the direct connection between the artists and audiences that you find within the Fringe Festivals is very important for the growth of theater today.

Claire Patton and Lucia Rich will perform "The Awkward Art of Flying" six times throughout the 2014 Boulder Fringe Festival, which runs through Sept. 28.