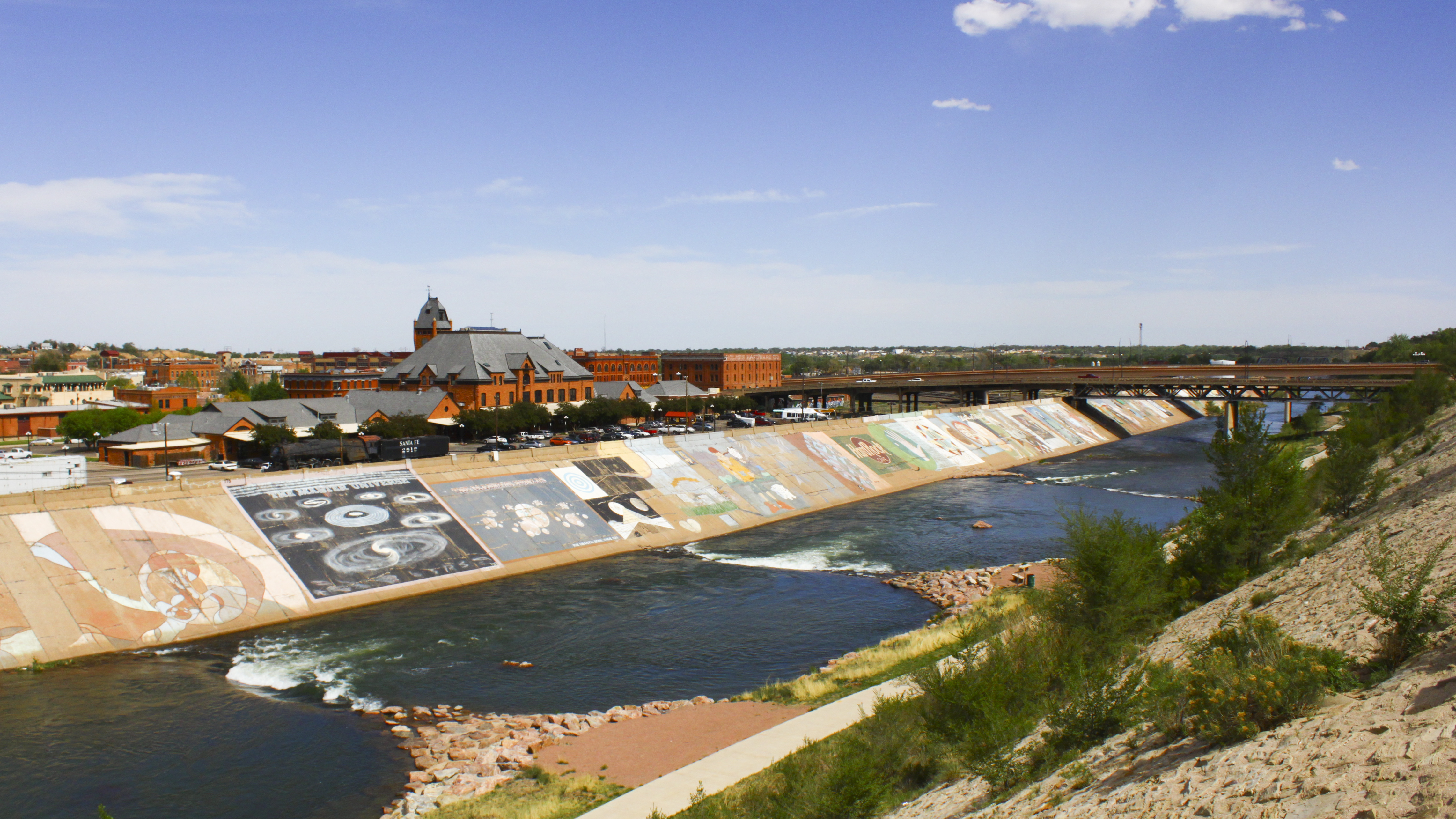 The world’s largest mural, located in Pueblo, will be destroyed when plans go ahead later this year to refurbish the worn structure upon which it is painted.

The Pueblo Conservancy District’s plans to renovate a 90-year-old levee along the Arkansas River will eliminate a nearly three-mile-long mural painted on the levee’s facade.

It depicts everything from a 65-foot-tall image of reggae artist Bob Marley to a local steelworks in 1902 to the philosopher Karl Marx wearing a pair of bunny ears.

District engineer Rick Kidd says that the repairs to the levee need to be made in order to comply with Federal Emergency Management Agency (FEMA) standards for flood protection.

“There has been a lot of deterioration -- cracking and buckling,” Kidd says. “It has to be replaced.”

The plans, which were originally proposed in March, involve building a work platform on top of the levee. The construction of this platform would entail the removal of the top of the levee. In addition, the plans call for the resurfacing of the levee’s deteriorating concrete facade.

“Most of the mural is going to be adversely affected,” Kidd says of the project, which is expected to cost $12 million to $13 million and take between three and four years to complete.

Pueblo-based teacher and artist Cynthia Ramu has been coordinating the Pueblo Levee Project since 1994 and has painted around 35 pieces on the levee’s surface since 1989.

Ramu says she understands the safety considerations and appears to be resigned about the fate of the mural.

“It sounds like a done deal to me,” Ramu says.

However, she hopes that at least part of the mural can be salvaged and suggests that chunks might be cut away and lowered into the Arkansas River in what the artist describes as a “flowing gallery.”

“When the Berlin Wall went down, they cut it into large sections,” Ramu says. “You would think there would be a way to save some of this mural.”

Kidd says the Pueblo Conservancy District board is looking at options to salvage key parts of the artwork, including applying to the Colorado Historical Society for a grant to undertake conservation of some of the most significant sections.

But the proposition is costly.

On Wednesday, the Pueblo Conservancy District which oversees the Arkansas River levee took action to find a qualified contractor to repair the aging structure.

Consulting engineer Kim Kock of Northstar Engineering in Pueblo says the first phase will start at the north end of the levee and run about 3,300 linear feet. This test section will give them information needed for the rest of the project.
"There are so many unknowns with the condition of the materials underneath the concrete facing and with respect to the concrete foundations," Kock says.
Kock says two sections of mural will be affected by the initial work including a section featuring mascots and logos for the local high schools and colleges. The repair work is expected to begin in mid November, continue during the low water periods in winter and and span three years.