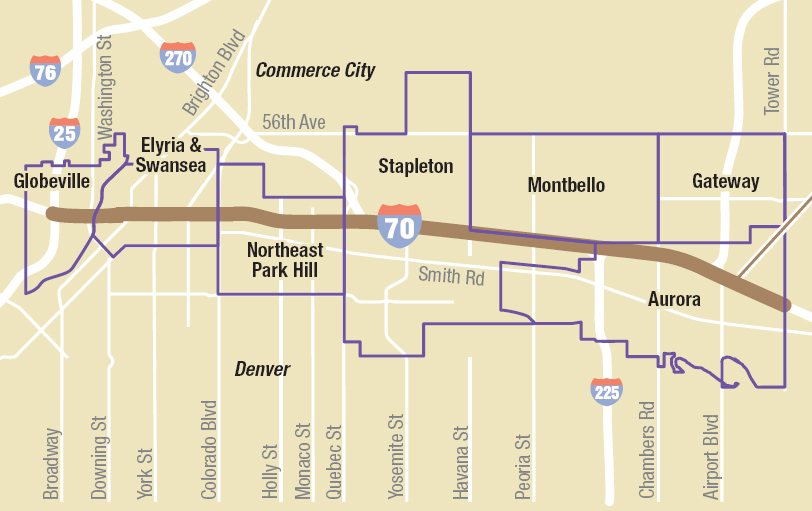 The proposal aims to address congestion and complaints that the highway divides neighborhoods.

Spokeswoman Amy Ford says CDOT’s preferred plan would remove the crumbling viaduct east of I-25, and lower I-70 below grade. "By covering part of that area with a landscaped cover that would reconnect the communities of Elyrea, Swansea, and Globeville, and add two tolled, express lanes between I-25 and Tower Road."

Ford says the current proposal considers moving forward with CDOT’s preferred plan, doing nothing, or just replacing the viaduct and not adding lanes.

A group called Unite North Metro Denver says the state should divert the highway up to I-76 and I-270.

The group’s Thad Tecza says engineers should then create a surface boulevard where I-70 is right now. "By committing city to this highway for next 75 years, they’re really determining the development of the northern half of Denver for the next 75 years," he says.

CDOT says moving the highway north would be too costly.

Denver City Councilor Judy Montero represents several of the neighborhoods around the highway.

She says she wants to make sure there are community gains from the project, like having a street grid that connects neighborhoods, fixing drainage issues and improving air quality in the area.

"People cannot go through another 50 years living with something that at one time just came through and devastated a neighborhood," she says.

The dates and locations of the public hearings are: