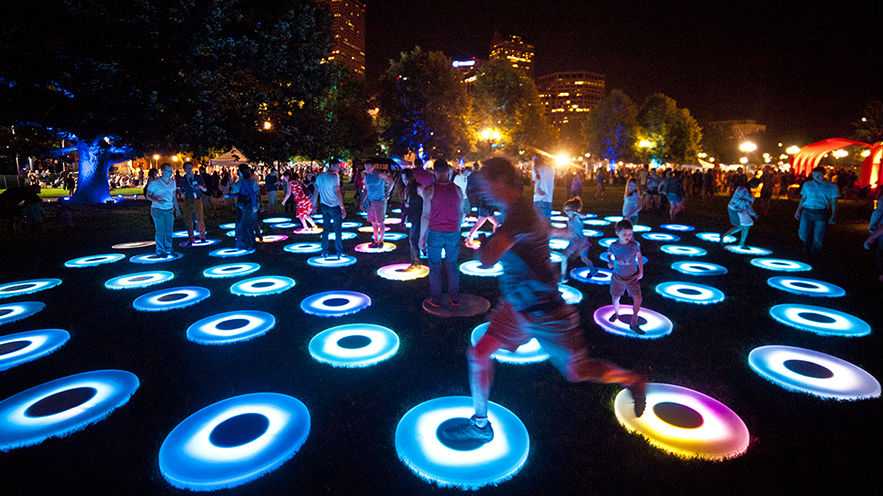 Next summer’s festival will be held July 14 to 18, 2015 at various venues throughout Denver.

Launched in 2010 by Gov. John Hickenlooper, who was the mayor of Denver at the time, the Biennial of the Americas festival features community panels, workshops, public art exhibitions and live performances.

According to Erin Trapp, the organization’s executive director and CEO, the 2015 theme is an analysis of the present by considering “all the history that’s gotten us here and where we’re trying to get.”

“We’ll open the festival with a week of activities that are intended to bring a creative lens to some of the bigger challenges of our time,” Trapp says.

The theme will encompass three main topics: the current generation of leadership, contemporary business trends and concerns, and present-day infrasture of communities.

Trapp says the festival will use these three platforms to take a critical look at challenges facing the Americas.

Events for the 2015 international festival include public panels in the evenings led by prominent individuals across a variety of industries.

The panelists haven’t been announced yet. But previous participants include such well-known media executives as Arianna Huffington of the editorial website The Huffington Post, The Daily Beast founder Tina Brown, (former editor of Newsweek and The New Yorker) and Colombian journalist Patricia Janiot.

The event will also include activities highlighting cultures of the Americas through food, language, music and live entertainment as well as a free public event in Denver’s Civic Center Park celebrating Denver’s multi-faceted cultural landscape.

Trapp says one main objective for the festival is to bring diversity of thought to conversation.

“For a whole week, we want people to look at their city differently,” Trapp says. “We want people to grapple with new ideas and engage with people they might not have dealt with before.”

On Thursday, the organization also announced a new exchange program with an artist collective in Mexico City, Mexico. Over the next couple of months, members of the collective will collaborate with Denver artists on projects.

Trapp says this is a way of using art to prompt more creative discussions around difficult issues affecting current society.

“We like to think that artists provoke and inspire, and really look at the world differently,” Trapp says.

Artwork resulting from the artist exchange program will be exhibited at the McNichols Building in downtown Denver.

The announcement comes several months after the organization participated in a three-day summit in Mexico City.

In June, Biennial of the Americas partnered with the Colorado Office of Economic Development and International Trade and Denver’s consulate general of Mexico, Carlos Bello, for the summit. Around 90 Colorado and Mexican leaders gathered to explore the role arts and culture could play in international relations.